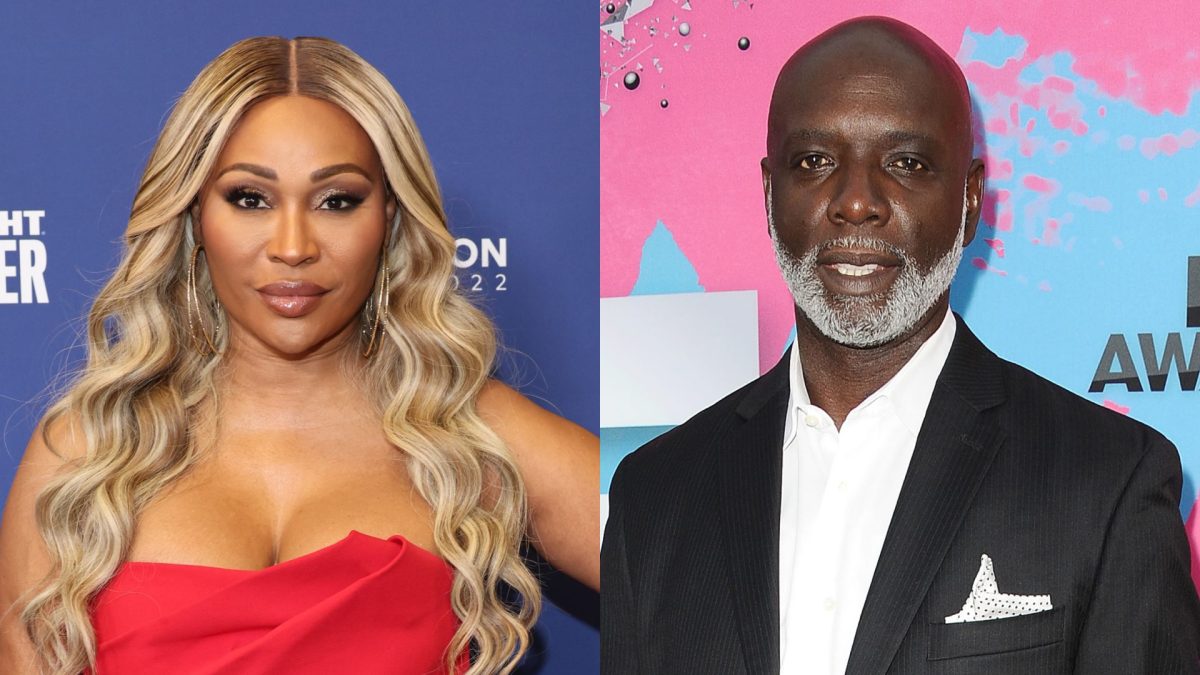 Let her be clear–Cynthia Bailey is not taking another spin on the Peter Thomas block. The former Real Housewives of Atlanta star shut down those talks in an exclusive conversation with The Shade Room.

Fans began speculating about a rekindled romance when Cynthia Bailey’s verified Facebook page shared an image of the former couple with the caption “officially coming home.”

“Peter and I are not back together. We are friends only. We were married for 8 years, so of course, we have remained friendly and cordial,” Cynthia told TSR. “I am and have always been very close to his oldest daughter Porsche.”

Cynthia’s Divorce From Mike Hill Not Yet Final

The image drove most of the conversation–especially since news of Cynthia’s divorce filing is only about five weeks cold. As previously reported, Cynthia and Mike Hill confirmed their split in joint and independent press statements on October 12.

“LOVE is a beautiful thing. While we both will always have love for one another, we have decided to go our separate ways,” the joint statement said. “No one is to blame, and we are grateful that we remain good friends.”

Cynthia independently added that she believes her ex-relationship with Mike was “destiny” and gave thanks for their “continued friendship and the “beautiful memories” they made. Meanwhile, Mike revealed in an independent statement to PEOPLE that the divorce was in conversations over the last few months. However, he echoed Cynthia’s tone of gratitude for their “rock solid” friendship and memories.

Earlier this month, Cynthia said she doesn’t think either of them regrets their decision to divorce but that they’re still “going through the process” to make it final. Ultimately, Cynthia says the marriage lacked friendship and given that it’s not her “first rodeo,” she believed it was best to “pump the brakes.”

In March, Cynthia revealed she had moved to Los Angeles with Mike while on Watch What Happens Live with Andy Cohen.

Now, their ongoing divorce caused another change in her living situation. And the Facebook post featuring Peter is about being back in her home ‘Lake Bailey,’ which Bravo recently toured.

“It’s great. This is my happy place,” Cynthia said about her private dock overlooking a lake. “This is my peace, this is where I just go to just think, to clear my head. I love being close to water. It just calms me down and makes me happy.”

So why was Peter Thomas featured in the post? That remains unclear, but Cynthia told The Shade Room her friendship with Peter remains strong. He even reached out following news of her divorce.

“He reached out to me after the news of my divorce like so many others that care about me to simply say that he was sorry to hear the news and that I deserved to be happy,” Cynthia told TSR.

Cynthia and Peter married in 2010, but their relationship suffered highs and lows while filming for RHOA, including issues with finances and infidelity rumors. Their divorce was finalized in 2017. In 2020, despite maintaining a friendship, Cynthia sued Peter for $170,000 that she loaned him to open a nightclub after one of his was foreclosed.