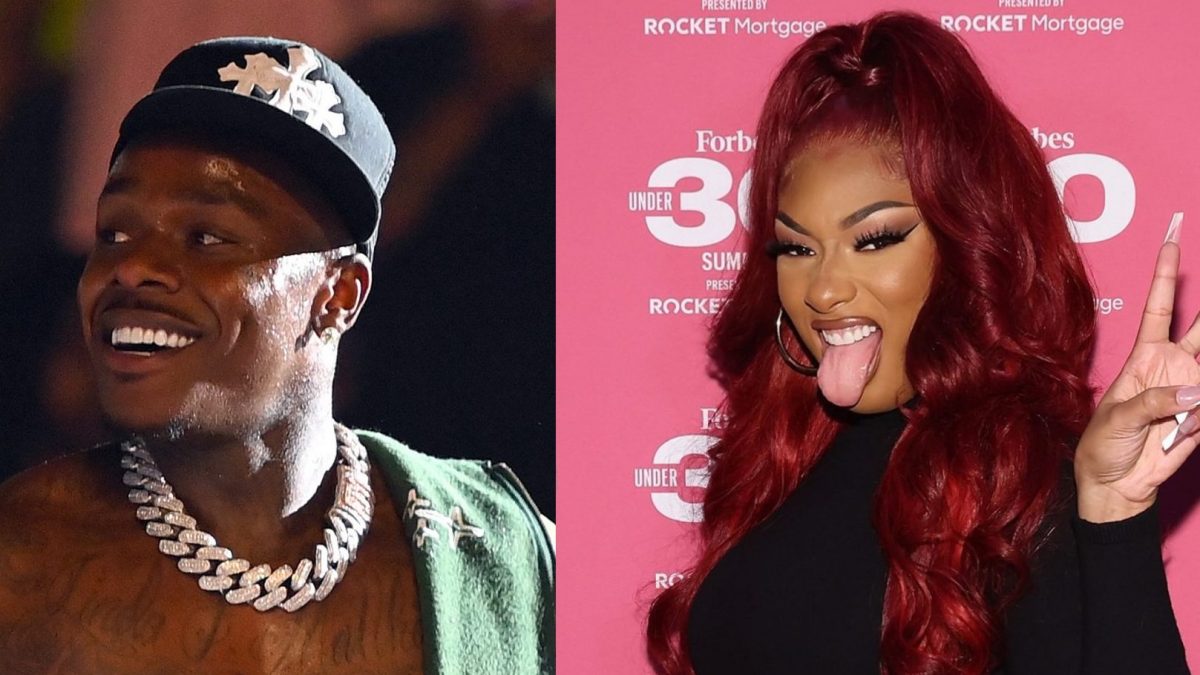 That’ll do it! DaBaby had the internet blazing last month when he dropped his song, ‘Boogeyman,’ and mentioned an alleged relationship with Megan Thee Stallion. Now, Baby is finally addressing why he put the world in his business, along with his past drama with DaniLeigh, the mother of his youngest daughter, Velour.

In a recent interview on Ebro In The Morning, the rapper dished on why he chose to speak on Megan. While speaking to Ebro and Peter Rosenburg, he explained,

“The song been done for real, for real. Damn near going on a year,” he said. “When I say something, it’s gon’ go out.”  While t “It is what it is. I said a long time ago, keep me out of the business. It’s a song. It’s out right now. Ni**as can take it how they want to take it.” Despite the backlash from the track, the 30-year star still opted not to change the lyrics. “I don’t change lyrics, though. It doesn’t matter what I say.”

Rosenburg questioned why Baby didn’t change the lyrics of ‘Boogeyman.’ Baby stands on his actions and firmly responds that he doesn’t change lyrics. As the interview continued, the Charlotte native also addressed why he brought out Tory Lanez during his past Rolling Loud performance in June 2021 after Megan had just finished her set.

He advised, “I don’t look at it as good or bad. I ain’t that invested into the business. Like I say, off the rip, I got a song with him; it’s doing good. I could care less.”

As we previously reported, Tory’s appearance at the festival violated his restraining order against Megan.

As the interview continued, the hosts dug into his past drama with DaniLeigh. In November 2021, the world watched the two go at it on Instagram live. “My daughter is beautiful. Full of love, full of joy, full of laughs. Full of smiles. It’s all good. All is well.” In addition, he expressed that he wished Dani would have warned her brother, Brandon Bills to fallback before their altercation at a Los Angeles bowling alley back this February.

Roommates, what are your thought on DaBaby?

Soulja Boy Celebrates The Birth Of His Baby Boy KeAndre!