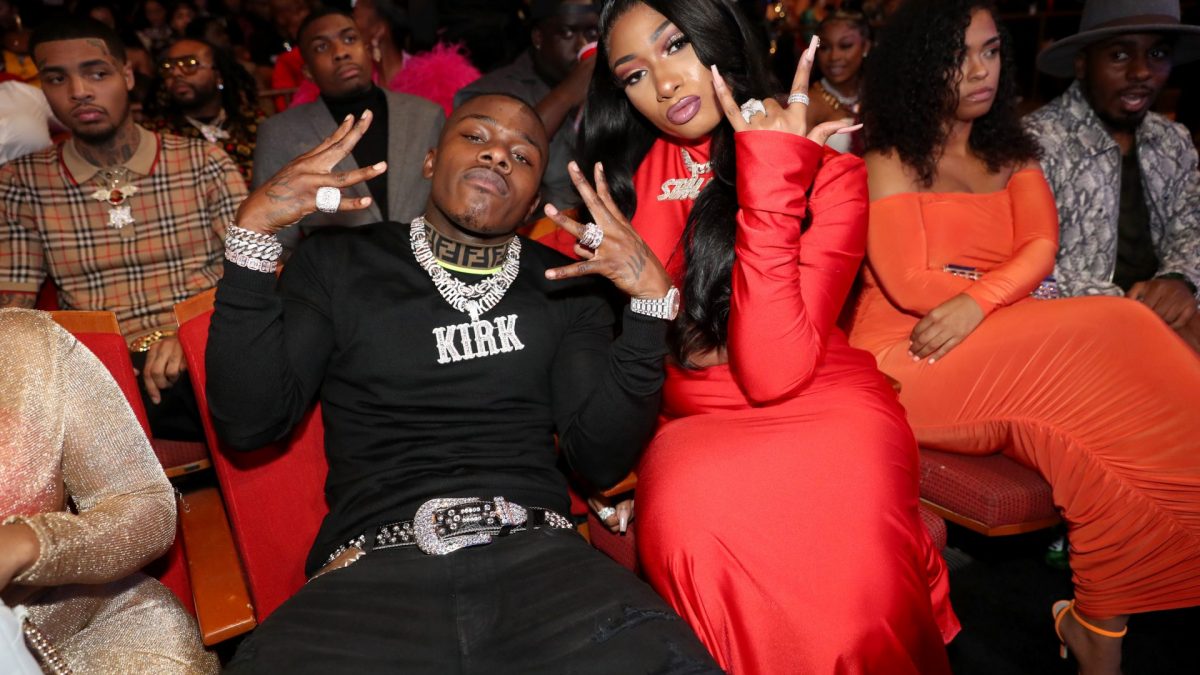 Rapper DaBaby boldly claims on the record that he’s been sexually intimate with Megan Thee Stallion multiple times—including the night before Tory Lanez allegedly shot her. The North Carolina rapper dropped the shocking revelation on the song “Boogeyman.”

The “Boogeyman” track is the apparent focus track of his new album Baby On Baby 2, which he released by surprise on Friday. On the song, DaBaby claimed he and Megan had sex at least twice, including two days before the alleged July 2020 shooting involving Tory Lanez. Meg claimed that night that Tory left her with bullet fragments in both feet. A trial over the incident is set for December 2022.

DaBaby references the alleged shooting happening just a day after he allegedly slept with the Houston hottie.

“You play with me, that shit was childish / The day before she say that Tory Lanez shot her, I was fucking on Megan Thee Stallion / Waited to say this shit on my next album / Hit it the day before too / But I kept it playa, I ain’t say nothing ’bout it,” the North Carolina rapper rhymed.

“Had her pretty boy boyfriend tweeting me, ready to die ’bout the bitch like a coward.”

In case you missed it, Fontaine and DaBaby exchanged words on Twitter last June after DaBaby retweeted a post making light of Tory’s alleged attack on Megan, leading to a public back-and-forth between the “Cash Shit” collaborators. Pardi tweeted at DaBaby:

“You a clown ass n-gga doin doin clown ass shit then tryin to back pedal .. n-gga that’s what it is .. u don’t ever gotta address her again,”