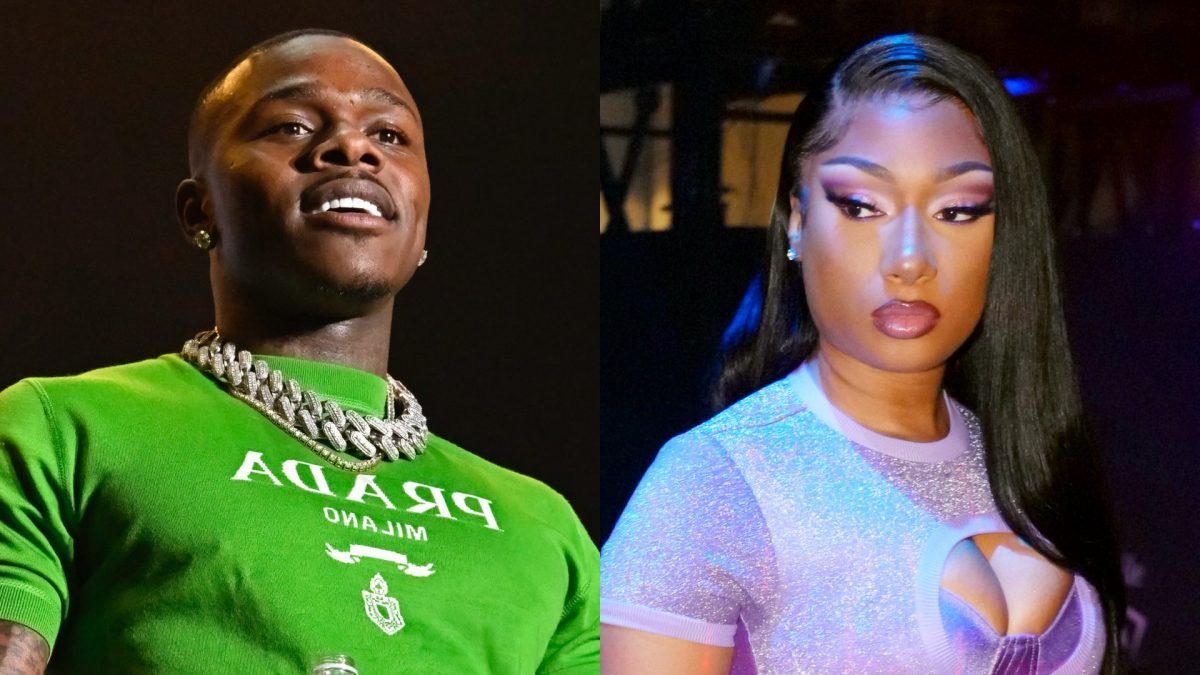 DaBaby is standing by his claims that he’s been sexually intimate with Megan Thee Stallion in the past. The rapper first introduced the allegation in his album teaser song Boogeyman last month. He rapped, “the day before she say that Tory Lanez shot her, I was f**king on Megan Thee Stallion.”

A few days after the song dropped, DaBaby released a music video featuring a cameo from a Megan look-a-like.

The song received mixed feedback online with some folks questioning the timing of the lyrics. DaBaby addressed his decision to speak on his alleged intimacy with the Houston Hottie during an interview with Ebro In The Morning released on October 25.

“The song been done forreal forreal damn near going on a year,” DaBaby said. “And when I say something, it’s gon’ go out.”

But one of the hosts didn’t easily let up on the timing question. Rosenberg pressed the rapper, asking if there was a reason why he decided to spill on the sexual encounters now.

“It is what it is,” DaBaby replied. “I said a long time ago, keep me out the business.”

DaBaby Says Megan Mention Wasn’t A Response To Anything

Despite his short answers on the topic, DaBaby clarified that his lyrics weren’t a response to any situation.

After Ebro told the rapper he likes controversy, DaBaby denied the insinuation. Instead, he claimed that he “can’t duck” and isn’t afraid of controversy. When the hosts suggested that he could’ve changed the lyrics, the artist claimed that was outside of his norm.

After talking through DaBaby’s history of being controversial, Rosenberg circled back to the Megan topic. He expressed that he feels back because it seems like a lot of men are trying to gang up on and bully the Houston rapper. But, DaBaby quickly cut the host short, claiming that bullying isn’t his intention.

“That ain’t my case though. See with me it’s actually the opposite. And I don’t even want to stir all this sh*t but I’m going to respond to what you said,” DaBaby driected at Rosenberg. “With me, it’s like a motherf**ker could never like…anybody that can read in between the lines, the sh*t was really already said.”

Between 2019 and 2021, DaBaby and Megan colloborated on a few tracks, including his features on her hit songs Cry Baby and Cash Shit. At the time of publication, the Cry Baby music video had 111 million views.

Within weeks of the video premiere, the North Carolina rapper said he was “a businessman” when a Million Dollaz Worth of Game host asked him about dating Megan.

But months later, Tory Lanez released the song SKAT featuring DaBaby. And the collab seemingly signaled the end of Baby and Meg’s friendship.

“It becomes weird with me when a motherf**ker got a problem with me putting out a song. Well not even putting out, a n***a putting out a song that got a verse of mine,” DaBaby said on Ebro In The Morning. What you want me to do like? Based on what y’all got going on allegedly, that’s none of my business. A motherf**ker put me in their business, I didn’t involve myself.”

Days after Tory released SKAT, DaBaby’s account shared a tweet that claimed he and Tory are friends because they “both shot somebody and don’t have to do no jail time.”

After the backlash started pouring, the rapper shared a screen recording to his Twitter claiming he “ain’t retweet that silly sh*t.” Less than 20 minutes later, Megan published a subliminal tweet about men in the music industry and their private support and contradicting behavior in public.

support me in private and publicly do something different…these industry men are very strange. This situation ain’t no damn “beef” and I really wish people would stop down playing it like it’s some internet shit for likes and retweets.

She didn’t name DaBaby, but he directly responded to it and the two began exchanging tweets–with rapper Pardi eventually stepping in on behalf of his lady.

My stance hasn’t changed at all YOURS has. We already spoke abt this in private and you specifically said “that ain’t even no good business move why would I promote that shit” but now this ain’t your “beef” ? That ain’t real. But you stay on ya “business” my g https://t.co/WeKAVD0xnu

Whoever cleared it cleared it, so what.
Shit still ain’t enough of my bidness for MFs to be feelin some type of way bout my pretty chocolate ass

You a clown ass nigga doin doin clown ass shit then tryin to back pedal .. nigga that’s what it is .. u don’t ever gotta address her again

Over a month after the Twitter exchanges, DaBaby raised eyebrows again when he invited Tory to perform during his Rolling Loud set–directly after Megan’s ended.

Young Thug’s Lawyers Seek To Have Case Tossed On Technicality