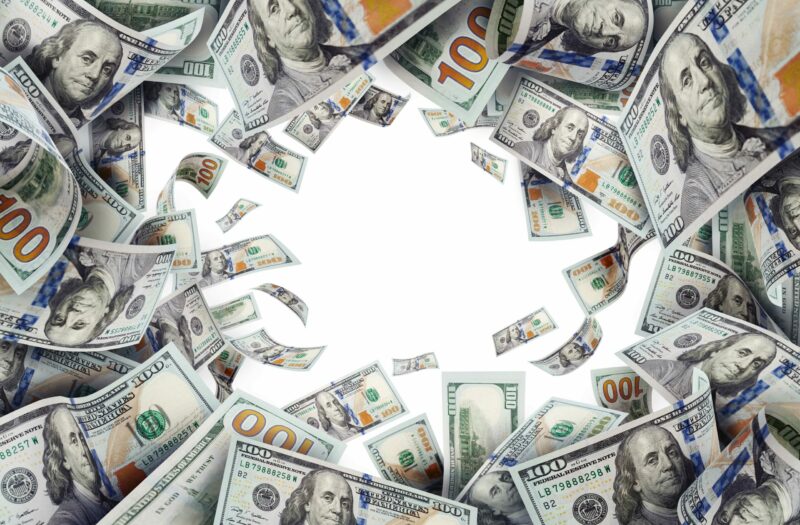 If we think of the economy as a living entity, then inflation is a cancer. Plain and simple. Left untreated it will eat an economy down to the bone and kill it. Think of those pictures you saw a few years ago of the streets of Venezuela that were covered in cash, which people simply threw out because it was worthless. That is the extreme end of what inflation will do to an economy. So where does it come from?

Inflation is a product of the money that is in circulation increasing faster than GDP. Put simply, not producing enough goods and services while simultaneously printing enormous amounts of money. Now the federal government will try and tell you that this is not the case. They will attempt to blame it on a seemingly endless accounting of external forces, like war, immigration, greedy businessmen, and so on. The reason they do that isn’t because they don’t really know how inflation is created, rather the opposite. They try to lay blame elsewhere because inflation in the United States is created in only one place. Washington, DC. This is not unique to the US either. The seat of government is, more often than not, the root cause of inflation in most countries.

This is because, only the federal government has the power to print money and doing so during times of low economic output is what causes inflation. If we look at the current state of affairs and dig a little deeper we can see what has happened. It didn’t come from Russia, or the oil companies, it was induced by Democrats. Their recent spending spree had a price tag of over four trillion dollars. Now when these kinds of spending initiatives are sold to the public. The people selling them tell you, the tax payer, that there will be no increase in taxes to pay for it. As though the government has this huge reservoir of cash somewhere that they just dip into whenever they want. Instead they call it “debt”, but this is dishonest as well. Nobody lent the United States four trillion dollars.

Democrats make money the old fashioned way, they print it!

Instead the democrat controlled Congress instructed the Federal Reserve to buy four trillion dollars worth of government bonds issued by The Treasury, specifically for this transaction that will never be paid back. The Fed did so by printing money. All while GDP was on the decline. Conservatives warned that this would cause a rise in inflation, but their concerns were brushed aside as being “conspiracy theories” or “fear mongering”. Democrats claimed that Republicans in Congress and especially Donald Trump, who currently holds no political office, were just trying to push back against their “progress”. The results are obvious. But how can we be sure that this was the cause? Inflation is happening all over the world.

That’s true it is, and in every case the precursor is the same. They have all been printing money hand over fist. Some more than others, and in nearly every case, it is leftist elements within their respective governments that are to blame. But to put it to a real test one needs to look at only two things. A country’s currency per unit of output and their consumer price index. In every case of inflation, throughout history, the rise of both of these indexes are identical. Every single time, and without fail.

So what does this mean? It means Democrats knew what they were doing. No politician who wants to get re-elected is going to tell you they’re raising your taxes. So instead they say they are lowering taxes while raising them behind your back. Inflation is a tax. It’s a tax that nobody voted for. It is literally taxation without representation. Your money is now worth less than it was a few years ago. Because of inflation. If you bought government bonds within the last ten years, you have done nothing more than pay the federal government for the privilege of lending to it, because when you cash in that bond, the purchasing power of the interest earned will be less than the inflated value of the currency.

Most people don’t know what inflation is, but would gladly get vaccinated against it.

All of this is possible because the average tax payer is ignorant as to the cause of inflation. This is due to Democrat’s apologists in the media clouding the issue or outright lying about what inflation is, how it is created, and what steps can be taken to resolve it.

Joe Biden and his handler, Susan Rice, can try to explain away inflation by blaming it on the Russians, or greedy oil executives, or gas station owners, or by calling it “transitory”, whatever that means. But at the end of the day, inflation has only one source. Government. Simply because printing money during times of low economic growth is not unique to The United States, does not absolve the culpability of those responsible for creating it in each of those respective countries.

Inflation takes about 18 months to go from the printing press to seeing a peak in increased prices at the grocery store. So in every country experiencing this crisis at the moment, they only need look at who was in control of their government 18 months ago to determine where to fix blame. In the case of this country it’s Democrats, and we haven’t even seen the peak yet.

So what do we do now? Well the first step to getting out of the hole you’ve dug for yourself is to put down the shovel. Yet the Democrats in Congress are still talking about spending more money, as they continue to waste the money they have on things like their Soviet style show trial for the January 6th protest.

So the first step of the cure is to vote out the Democrats. Conservatives will then need to curtail government spending. The only recourse the Fed has at this point is to raise interest rates, making money scarcer. In the end though most economists agree, that inflation is baked in our economic cake for at least two years.

Walter Jordan
Walter Jordan is a writer for NRN. He’s an entrepreneur, husband, and father of five from Houston, Texas. He’s closely followed government politics and policy for 30 years. He has always seen conservative values and less government as the best way for our country to remain strong and keep its place as a leader in the free world. In college he studied constitutional law and follow the rulings of the Supreme Court regularly.

Gab founder believes ‘Christian nationalism’ is viable, not how the left portrays it

‘Dreamers’: Biden Admin To Codify One Of Obama’s Most Contentious Immigration Policies