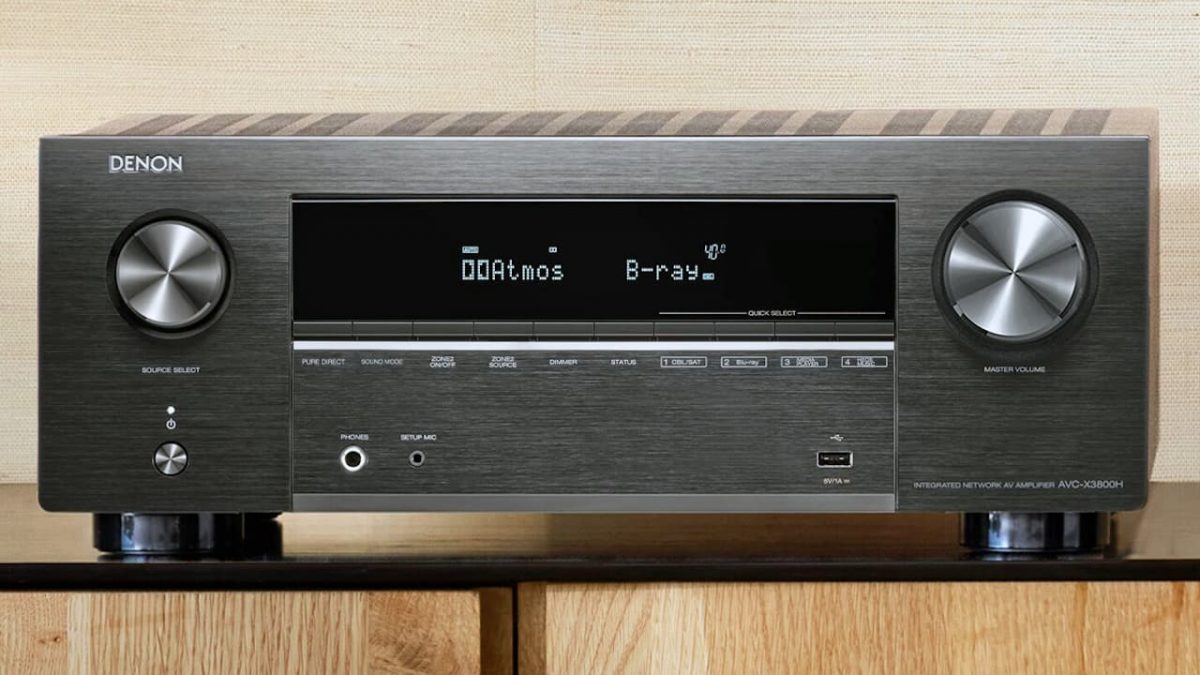 Denon has announced five new AV receivers for 2022 that offer updated HDMI 2.1 connectivity and support for 8K video at a rather wide range of prices. It has been a while since we have seen a new crop of home theater receivers from Denon, but it looks like they were rather busy working on these new designs that have every bell and whistle imaginable.

Some consumers might scroll through the list of features and think that they are never going to use many of them — and they would be correct. This has been an issue for AV receivers for a long time and we hope that more companies take the path chosen by Anthem and Rotel who have focused on sound and image quality and not gimmicks.

Tip: All of the receivers have an abundance of features, so we will only touch on the major highlights in this article. If you tap the links on the model numbers, that will take you down the “rabbit hole” of the technical features and specifications for each receiver.

AVC-A1H ($6,499.00): There is only one entry (so far) in Denon’s A-Series category for 2022/23 but it’s the Big Kahuna of their AV Receiver line. Coming in just over 70 pounds, this beast provides more than most home theater fans probably need.

The AVC-A1H houses 15 discrete assignable amplifiers that can output 150 wpc and provides four subwoofer outputs (including both balanced and unbalanced connections). You can set up a main and 2nd room system, use the speaker bi-amp connection flexibility, or set up the ultimate Dolby Atmos, DTS:X, or Auro 3D Audio configuration (support for up to a 9.4.6 channel setup). The A1H also includes IMAX Enhanced and Sony 360 Reality Audio support.

AVR-X4800H ($2,499.00): This receiver shares most of the same features as the A1H, but with a 9.4 channel configuration and lower per-channel power output (that’s 9 amplified channels that can output 125 watts per channel and preamp outputs for up to four subwoofers). However, this receiver can easily accommodate Dolby Atmos, DTS:X, and Auro 3D audio formats in just about any room without the ultra-high price tag of the A1H. The X4800H has 7 HDMI inputs and 3 HDMI outputs.

Tip: The X4800 will support Dirac Live with a future firmware update.

Tip: The X3800H will support Dirac Live with a future firmware update.

AVR-S970H ($899): The most affordable receiver in this group, the AVR-S970H is a 7.2 Channel AV receiver that can output 90 watts per channel. With 7.2 amplified channels to work with, you can opt for a standard 7.2 channel setup, a 5.2.2 Dolby Atmos/DTS:X channel setup, or a 5.1 channel setup combined with a two-channel stereo setup in an additional room.

The Denon AVR-S970H also provides a total of 6 HDMI inputs, three of which are 8K compatible. Also, even though it is the least expensive of this receiver group, it still supports 4K/120Hz pass-through via the 8K-enabled HDMI inputs.

Two additional receivers in Denon’s 2022/23 offerings are the AVR-S570BT and X580BT (both priced at $399). These receivers are designed as very affordable entry-level units.

Unlike the receivers discussed above, these two receivers don’t have internet streaming and multi-room audio capabilities, and many other advanced features. However, both receivers are equipped with Bluetooth (that is what the “BT” in the model numbers refer to), so you can stream music from compatible smartphones.

The AVR-S570BT (not confirmed yet for the X580BT) doesn’t include Dolby Atmos or DTS:X but does include Dolby TrueHD and DTS-HD Master Audio decoding for Blu-ray Disc and other compatible content sources.

AVR-S570BT (once again not confirmed for the AVR-X580BT) includes 4 HDMI inputs and one output that is 8K/60Hz and 4K/120Hz compatible with Variable Refresh Rate (VRR) and Auto Low Latency Mode (ALLM) support for gamers and can also pass-through HDR10/10+, Dolby Vision, and HLG HDR formats.

Thinking About Adding A New Subwoofer? The KEF “Subtember” Sale Has Begun

WTF is a Smart TV?

5 Vintage Turntables for Your Stereo System