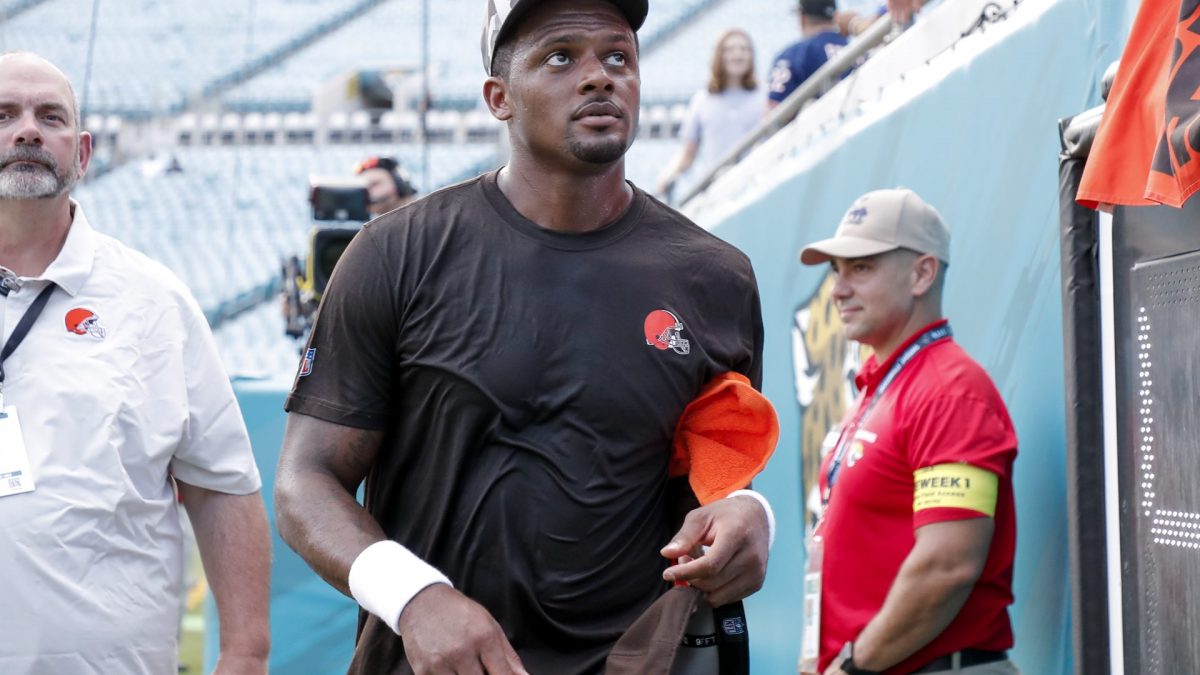 As Deshaun Watson‘s eligibility to play this upcoming season continues to linger after the NFL appealed the six-game suspension originally ruled by Disciplinary Officer Sue L. Robinson, he spoke out during an interview on Friday where he issued an apology to the women he has impacted within this situation.

Prior to starting in a pre-season game against the Jacksonville Jaguars, Deshaun spoke to News 5 Cleveland and said,

“I want to say that I’m truly sorry to all of the women that I have impacted in this situation. My decisions that I made in my life that put me in this position I would definitely like to have back, but I want to continue to move forward and grow and learn and show that I am a true person of character and I am going to keep pushing forward.”

Deshaun spoke with Aditi Kinkhabwala ahead of starting tonight’s game in Jacksonville. pic.twitter.com/9kuHxI9ULh

Watson has been accused of exhibiting inappropriate and non-consensual sexual behavior during sessions with massage therapists between March 2020 and March 2021, while he was still a part of the Houston Texans. That later led to 24 civil lawsuits from accusers.

Deshaun has maintained his innocence throughout this situation.

“The biggest thing is I want to continue counseling and I want to make sure that I’m growing as a person, as an individual for my decision making on and off the field.”

According to NFL.com, an insider, Mike Garafolo, has reported that the NFL and the NFL Players Association (NFLPA) have had discussions about a potential settlement, but nothing has been settled.

WHITBECK: It’s Time To Bring Down The Church Of Climate Change Once And For All

Here Are The Night’s Big Winners At The 2022 MTV VMAs!