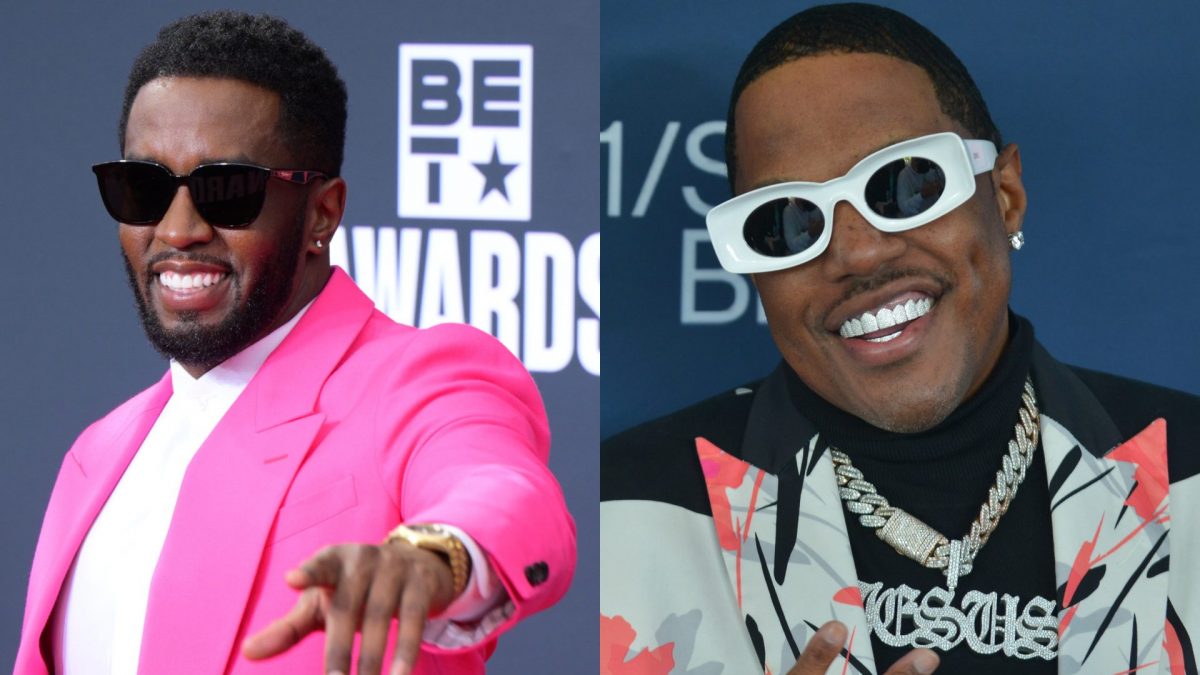 Diddy recently let the world know he’s back outside and clearing his name! In an interview with The Breakfast Club, released on Oct. 5, Mr. Combs addressed rumors staining his musical legacy.

For years, people online have discussed the way Diddy allegedly conducts business. Artists who’ve previously worked with him have fueled these talks with narratives of the hip-hop mogul robbing them. And Ma$e is on the list of accusers.

But, according to Diddy’s recent sit-down, the rapper owes him a bag instead of the other way around! And for anyone wondering, Diddy says he’s never stolen from anyone.

“If you think that I’m a scumbag that would ever steal anything, my name is Diddy Sean Combs. I never took nothing from nobody a day in my life. All I’ve ever given is opportunity and more money than a person was making,” he said. “So when I hear or see things and I’m like wow this vibe that they got on me like I’m Big Red or something. I opened up the doors.

After Diddy’s statement above, Charlamagne Tha God asked him directly about stealing from artists. The producer immediately claimed he’s never done so. Charlamagne then asked Diddy where does he think the thief narrative came from.

“People have this thing called the tap-out button. When you get to a certain point and the money is running low, you gotta run this hustle to try to find somebody to blame,” Diddy said. “I have all my receipts. We are going to do a special, a retrospective, with all the artists and we’re going to get this narrative clear.”

It’s unclear when that special sit-down will go down, but he also spoke about his relationship with one of his accusers, Ma$e. You’ll recall the rapper took to Instagram to call Brother Love out in 2020 over his publishing and coins.

“….if u want to see change you can make change today by starting with yourself,” Ma$e wrote. “U still got my publishing from 24 years ago in which u gave me $20K. Which makes me never want to work w/ u as any artist wouldn’t after u know someone is robbing you & tarnishing your name when u don’t want to comply w/ his horrendous business model.” He added, “No more hiding behind ‘love.’ U CHANGED? GIVE THE ARTIST BACK THEIR $$$. So they can take care of their families.”

Diddy Says Ma$e Owes Him $3 Million, But Claims He Doesn’t Want Any Beef

Diddy didn’t mince his words when speaking on Ma$e on The Breakfast Club. He got right to the rapper’s claims–even addressing his stint as a pastor.

“I did one album with Ma$e. One album. How much money do you think I owe this guy,” Diddy said. “One album and then he became a fake pastor and went and conned people and then y’all gon let him throw dirt on the God’s name.”

The Bad Boy Records owner also challenged anyone launching accusations against him to show their receipts.

“Anybody can come and step up, bring your receipts, but I’m not playing,” Diddy said. “I’m back outside and I’m fighting back for us and I’m also doing a little fight back for me.”

Charlamagne followed up Diddy’s statement with the question, “how much money does somebody like a Ma$e owe you?”

“Ma$e owes me $3 million dollars. That’s facts, I got the receipt,” Diddy said.

With prompting from DJ Envy, Diddy confirmed that he gave Ma$e coins for a second album, but the rapper never delivered. Despite that, Diddy says he won’t be going back and forth with anybody, including Ma$e.

“If I’m here I’m going to speak up for myself now,” he said. Diddy later added, “the truth gon be the truth but we gon’ get to the truth, as long as I’m outside. I’m not trying to start nothing with nobody. Ma$e, I love Ma$e. And I will tell anybody, anybody thinks I owe them something show me the receipt, you get paid in 24 hours.”

In July, Ma$e was accused of repeating Diddy’s alleged business moves with another artist. At the time, Fivio Foreign said he had previously signed a deal with Ma$e and only got a $5,000 advance.

“This Is A Character Assassination Issue”