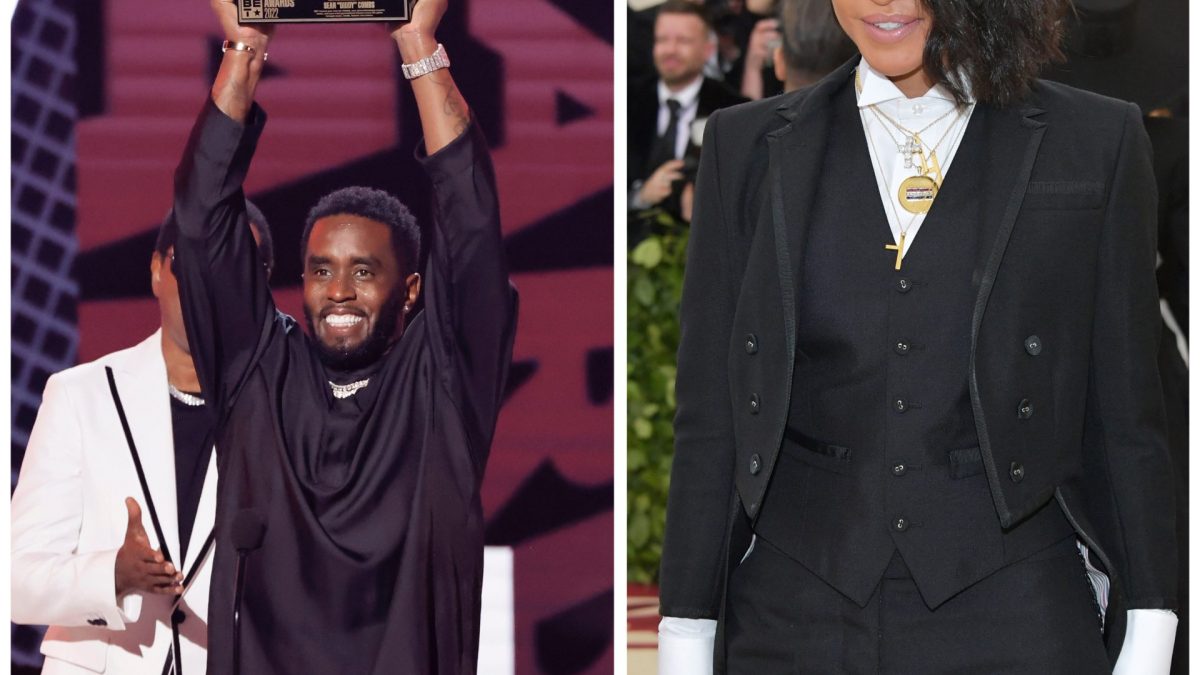 Whew! One thang ’bout the BET Awards is that you never know what to expect and Diddy made us all gag tonight!

While accepting his Lifetime Achievement Award for his contribution to the music industry, the icon had a long list of people to thank, including Cassie, his ex-girlfriend of more than 10 years.

After sharing he was once in a dark place for a few years and stating he misses the mother of his children, Kim Porter, the 52-year-old stated he wanted to give a “special thank you” to those who were there for him during that time.

Yo, I’m gon’ keep it a hunnid with y’all. i was in a dark place for a few years.

He continued to thank the people who were instrumental in his life– Bishop TD Jakes, his Chief-of-Staff, Lori Ann Gibson, and the very much married Cassie.

Also, Cassie, for holding me down in the dark times…love.

In true Twitter fashion, people had quite a few thangs to say considering Cassie is now a married woman and Yung Miami was in the crowd holding a sign that read, “Go papi.”

Shortly after Diddy was done with his very detailed acceptance speech, Cassie posted an IG story givin’ us nothing but legs and face!

Admiring her body, she proceeded to pose in front of the mirror in a two-piece bikini while looking completely unbothered.

As you may know, Diddy and Cassie had an on-again, off-again relationship from 2007-2018. After the two called it quits, Cassie began to date Alex Fine and the two married in 2019. The couple has two kids together.

Subsidy on e-Cycles in Delhi — Key Things to Know

Could Poison Laced Napkins Be A Tactic To Target Black Women?