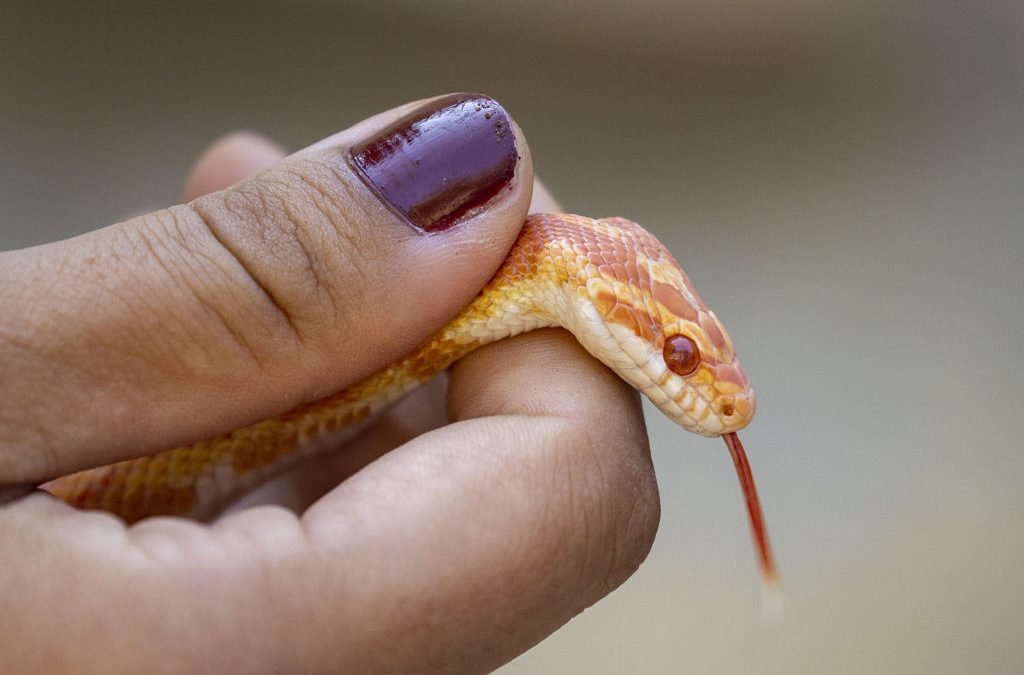 
A video circulating online of a doctor attempting to remove a small snake out of a woman’s ear has gone viral, and has people questioning how such a thing could even be possible.

The bizarre clip, which was posted on Facebook last week by India-based social media star Chandan Singh, has already racked up over 125,000 views as of Monday.

“The snake has gone in the ear,” the caption read after being translated from Hindi. It’s unclear where this event exactly transpired, according to local outlet the Economic Times.

It’s unclear where, when or how the event transpired, according to local outlet the Economic Times.

A medical practitioner is struggling to take out #snake out of a woman’s ear!!! The snake is stubborn, not coming out!! 😳😳🐍

In the nearly four-minute long clip, an apparent medical practitioner uses tweezers as they attempt to remove the small black and yellow snake, which can be seen peeking its out of the woman’s ear.

The snake could be seen occasionally opening it’s mouth and seemed fairly content to remain where it was, with the doctor being unable to remove it by the time the clip ends.

The doctor used everything from forceps to syringes and Q-tips and yet still failed to rid the woman’s ear of the snake.

It’s unclear whether the snake was removed at all from the video. No updates were provided aside from the initial post.

Commenters expressed their disgust with the video, with some criticizing the “doctor” for apparently failing to remove the reptile from the woman’s ear.

One person called the doctor “bogus” and another said she should have instead seen a snake charmer to extract the snake, according to the New York Post.

“He looks like a bogus doctor. That’s why he’s pulling off so many tricks,” one Facebook commenter noted. “Instead of a doctor, a snake charmer would have extracted the snake,” another quipped.

Meanwhile, some spectators cast doubt on the clip’s veracity, with one calling it “100% false” while another questioned how the animal could fit its body into the woman’s ear canal.

One skeptic added that it would be impossibly for the snake to enter her ear poking out headfirst, meaning it would have had to crawl into the crevice and had the space to turn around in such a confined area.

However, it wouldn’t be the first time a creature has entered someone’s ear canal.

In January, the Post reported a New Zealand man had a cockroach made its way into his ear and remained there for three days.

And in March, a tourist in Puerto Rico had a crab enter their hearing canal in another viral video posted to TikTok, which gained over 3.2 million views as of Monday.

Beyoncé Confirms She Will Remove Ableist Slur On New Album