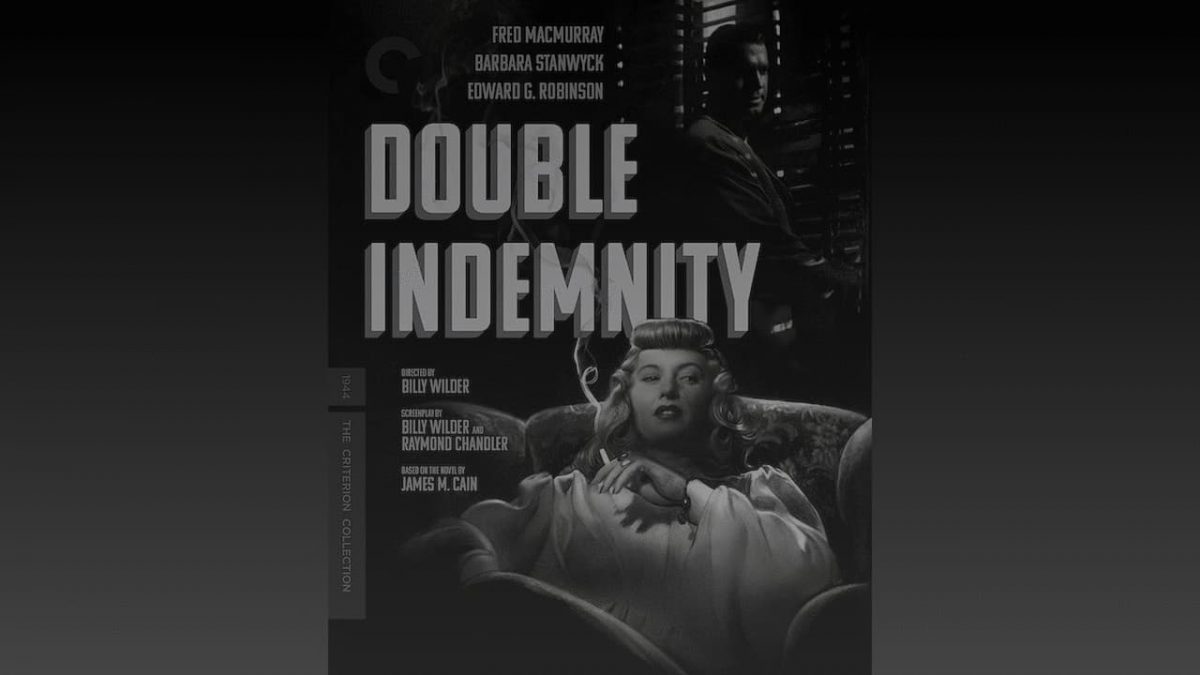 There’s no question that Criterion Collection releases are expensive but the level of work that goes into each release makes many of them must-own films. I started buying Criterion Collection laserdiscs in 1989 and my collection has grown to over 300 titles and every month is like a trip to the candy store for movie aficionados. Criterion usually has a huge 50% sale in November and we will be sure to cover it because it is a great stocking stuffer or gift to place under the menorah (just watch out for the hot wax) at Chanukah. Double Indemnity must be a title you add in 2022 because there is no film quite like it.

The pandemic was a huge financial blow to the movie industry and both major chains required financial infusions to survive. Regal’s parent company recently filed for bankruptcy protection and have already announced a series of closures in the United States. Theater closings in the UK have not been confirmed but Cineworld will not emerge from its current financial woes without some major cost cutting measures.

Why are movie theaters struggling?

Being closed certainly didn’t help, and consumers realized that they could still watch movies at home and spending money on a dedicated home theater or better surround sound system started to make sense. Products like the Kaleidescape movie servers and players are certainly not inexpensive but the company has been reborn after some really bad years and their business is expanding into every corner of the globe. People love movies — they just don’t love watching them in movie theaters anymore.

For someone who spent most of his childhood and adolescent years skipping school to watch 000s of films in Toronto’s Art Deco movie palaces — this is a shocking series of events.

I watched over 60 films (mostly alone) at my local AMC during the pandemic but I represent the fringe minority who never stopped going; without mask because who was I going to infect watching a film alone.

The other part of the problem is that movies are not very good; Top Gun: Maverick was a very entertaining film but to pretend that the screenplay was anything more than a lunchtime exercise over cocktails is pushing it.

There is not a screenwriter alive today that has demonstrated the ability to write dialogue like this which hits like a freight train from the opening scenes.

Almost 78 years have passed, and there are few films that can rival the brilliant screenplay of this Billy Wilder gem. Dialogue is everything and Hollywood has seemingly forgotten that a film requires it to be great. Barbara Stanwyck could have charmed (or scared) the pants off of anyone and her fiery delivery in this noir classic is only matched by the brilliant performances of Edward G. Robinson and Fred MacMurray.

It is somewhat appalling that an entire generation of moviegoers have probably never seen this cinematic hellfire that broke every rule and changed American cinema forever.

The 4K restoration is a three-disc package which includes a UHD 4K restoration presented in Dolby Vision HDR; the black levels are dramatically better along with the detail and image sharpness. The monaural soundtrack has been cleaned up and every fire breathing line of dialogue is clearer.

The two Blu-ray discs feature the film and hours of special features including a wonderful documentary about Billy Wilder.

Wilder packs this perverse and dark 108 minute film with enough intrigue and sexual tension to keep one on the edge of their seat and don’t even try to guess the ending. One the best screenplays of all-time and a film noir classic that has not been bested in 77 years.

Where to buy: Available at Amazon.com, Amazon.co.uk, and Amazon.ca.

Pro-Ject Introduces X1 B and X2 B Balanced Turntables