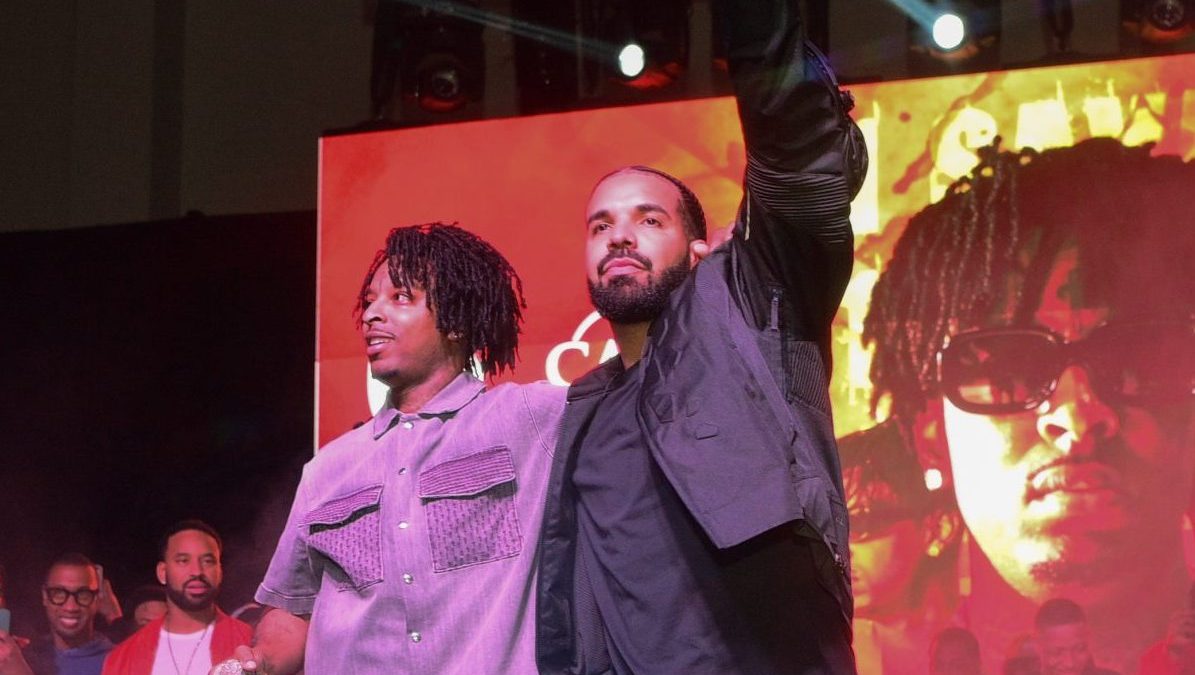 Drake & 21 Savage Push Back The Release Of Their Joint Album

Last week, Drake and 21 Savage released a visual for their latest collaboration “Jimmy Crooks,” which appears on Drake’s “Honestly Nevermind” album. In the video, the two announced they were dropping a joint album titled “Her Loss” on October 28th.

Now it looks like fans are going to have to wait for an extra week before they can get to experience the album.

On Wednesday, Drake took to his Instagram story and announced that their album will now be dropping on November 4th due to Noah “40” Shebib, who is Drake’s producer, contracting COVID-19.

“Our brother @ovo40 got covid while mixing and mastering the crack so he’s resting and NOVEMBER 4th is HER LOSS day we’ll see you soon.”

When Drake and 21 Savage first announced their joint album, fans took to social media to share their excitement for the project.

All I ask is for Drake to rap like a paranoid mob boss on this 21 Savage collab album so I can forget Honestly, Nevermind happened.

This album is gonna be filled with BANGERS

The announcement of their new album also came after Drake surprised fans by joining 21 Savage on stage as he performed for Spelman College and Morehouse College’s homecoming.

There has been no word on how many songs will appear on “Her Loss,” or if any other artists will be featured on the project. However, the project is slowly starting to become highly anticipated.

Parents Lose Appeal for Custody of Teen Identifying as Transgender

Crypto.com Sues Woman After $7.1 Million Refund Mistake Instead Of $68

Trevor Noah Announces Exit From ‘The Daily Show’ After 7 Years