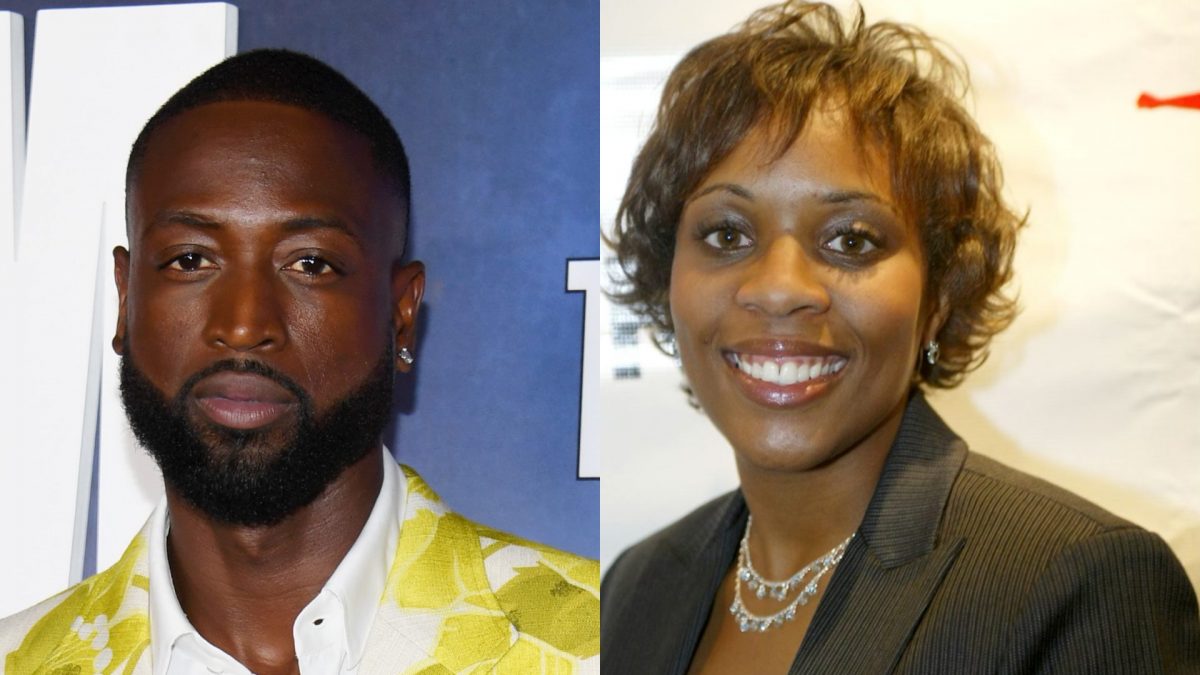 Dwyane Wade went papa bear mode on his ex-wife Siohvaughn Funches-Wade following her petition to pause Zaya Wade‘s name and gender change. Siohvaughn accused Dwyane of “pressuring” their daughter into transitioning for his financial gain. And the father of four, two with Siohvaughn, wasn’t here for her ‘deadbeat-parent’ critiques.

He revealed that he learned of Siohvaughn’s petition while “on a life-changing trip in our motherland Africa.” But he also emphasized that their daughter Zaya got word about the “serious and harmful allegations” while in school.

“While none of us are surprised by Siohvaughn’s attempt to fight Zaya’s identity and her unwavering attempt to drag my name through the mud, I’m very disappointed that she continuously finds ways of centering herself and HER needs without regard to her children. This report came out while Zaya was in class,” Dwyane said.

In his statement, Wade commended his trans daughter’s ability to excel in school with a 4.0 GPA in honors while navigating “unsolicited and harmful attention and debates about her gender and sexuality.”

Siohvaughn’s objections follow Wade’s August petition to legally drop their teen’s dead name Zion in favor of Zaya and issue a decree recognizing her gender change from male to female. In his paperwork, the father argued his “full authority” to ask for the name and gender change on Zaya’s behalf. Nonetheless, the docs say Siohvaughn received notice as a courtesy. But Siohvaughn’s petition insists that Wade encourages the name and gender change to line his pockets. She claimed Dwyane bragged about the money already made in an April 2022 meeting.

“[Wade] told me that he intended to make our child very famous due to the name and gender issue and also informed me that there would be endorsements/contracts associated therewith,” Siohvaughn said.

Per the petition, Siohvaughn doesn’t seem positioned against the name and gender change but is concerned about how much the 15-year-old influenced the decisions. She’s asking that the changes be halted until she’s “at the age of majority.”

In his clapback at his ex-wife, Dwyane recalled that he won sole custody of their two children over a decade ago. But he says that only happened after Siohvaughn ran through 13 lawyers and caused “irreparable harm to her children.”

“All I ever wanted was to have my parenting time uninterrupted, as I knew it would be a very difficult time for our kids to navigate their new normal,” Dwyane said. “So instead of actually trying to co-parent over the years, she’s left her home to see more lawyers and has taken time to talk to more lawyers since I filed for divorce than she’s left home to actually see or have truly spoken and LISTENED to Zaya over all these years.”

Wade said he had opened every avenue for Siohvaughn to be involved in their child’s life, including encouraging talks with her “teachers, doctors, therapist,” and even friends. But, per Wade, Siohvaughn has chosen not to take the opportunities.

“She has not been to a school, recital, graduation, school dance, play date, practice, parent-teacher conference, etc. and Zaya has given her every opportunity to try to get to know her. She won’t do it,” Wade said.

And the former NBA player didn’t let up on his drag! He said Siohvaughn claims to be “a good Christian mother” but hasn’t made “any sacrifice or effort to leave her own home to participate in her children’s lives in over a decade.”

“Zaya is not the same 3-year-old child anymore and she’s screaming that to the world but most importantly to her mother! No one in our house would ever force Zaya or any of our children to do anything against their will, much less force an identity on them. This isn’t a game for my family and definitely not for Zaya,” Dwyane wrote. “This is her life! All the while my wife and our village has been her rock in helping her pick up the pieces after heartbreak after heartbreak. Siohvaughn has decided to pretty much be an absent parent to Zaya ALL ON HER OWN.”

Dwyane Says His Lawyer Will Be In Contact With Siohvaughn

Dwyane highlighted that he’s a “ten toes down” dad, despite the lousy rep men get for being absentee fathers. And unlike over a decade ago, Dwyane said he isn’t letting his ex-wife’s claims fly this time.

“I will not sit on my hands and allow her to make a mockery of my dedication to my family,” he said. “The high road has run out of real estate. My lawyer will be in contact and best of luck to the 14th lawyer as they try to unravel this book of lies that’s been sold to them.”

McIntosh Expands Its CI Lineup With The MI502 Digital Amplifier