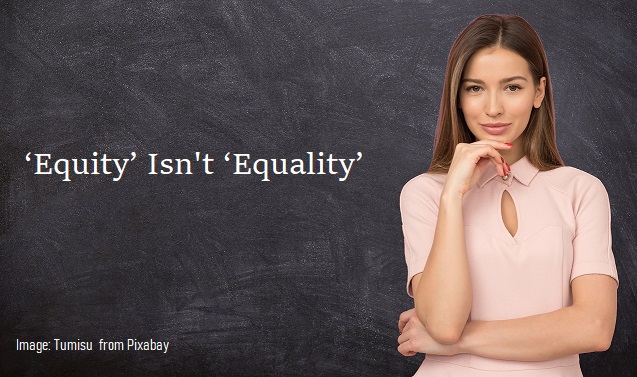 The Minneapolis Public Schools and school board just got sued over a teacher contract exempting minority teachers from seniority-based layoffs and favoring them in reinstatement.  The lawsuit cites the Equal Protection clause of the Minnesota state constitution which is analyzed the same way as the Equal Protection clause of the 14th Amendment to the U.S. Constitution.

The teacher contract is a perfect summary of the shift in civil rights thinking from ‘equality’ to ‘equity’.  Under equality, an objective standard like seniority would generally carry the day. But under ‘equity’, disadvantaged groups always win, objective standards be damned, no matter who gets hurt in the process.  This is basically communist thinking.  Declare certain groups to be class enemies who always lose, henceforth, and other groups who automatically win, regardless of the merits of the case.  Under Lenin, the Soviet Union confiscated houses from class enemies and gave them to the hero worker class.  Maybe you like that idea, but Lenin also killed peasant land owners by the thousands just because they were land owners, class enemies.  If you can’t see the injustice in that, you are very far gone and there’s no hope for you.   Lenin called them bloodsuckers, vampires, and plunderers.  Today, class enemies are called racists, bigots, and homophobes in a similar effort to justify injustice.

Hopefully, you can see the shift in civil rights thinking to ‘equity’ is poisonous and manifestly unjust.  The lawsuit against Minneapolis schools is new, so we’ll have to wait awhile to see what happens, but Judicial Watch – the group that brought the suit – has prevailed in Equal Protection cases in the past.  Asheville, North Carolina settled one case by removing racial favoritism from scholarships and teacher grants.  Judicial Watch also won in California, knocking down gender quotas for corporate boards.

I’ve commented on other situations where the poisonous diversity narrative ran smack-dab into Equal Protection principles.  Chicago Mayor Lori Lightfoot only gave interviews to “black and brown” journalists and doubled down when criticized, but eventually backed down entirely.  A U.S. civil rights official warned two colleges that segregated graduation ceremonies for Black, LGBTQ, and other minority students violate federal anti-discrimination laws.  A Texas law requiring out-of-state students to pay higher tuition than illegal aliens was knocked down.  But justice doesn’t always prevail in these situations.  Utah public health officials were warned dispensing COVID drugs based on race was illegal, but did it anyway with the Biden administration cheering them on.

Other instances where equality under law is threatened have come up, recently.  Another watchdog group that opposes “radical, divisive, and discriminatory ideology” in healthcare brought a civil rights complaint against the Emory University med school for granting scholarships to students who “self-identify as an under-represented minority.”

A New Jersey parent took dead aim at the Woke policies at her son’s school and sued the school for creating a hostile environment for whites with its programs to indoctrinate students about institutional racism and white privilege.  The suit argues such indoctrination is straight out of totalitarian reeducation camps, which reinforces my point about all of this going back to communist thinking.

Unfortunately, the Biden administration is institutionalizing racism, racial payback, and so-called ‘equity’ in every corner of the government.  It is favoring racial and LGBT groups with quotas and other goodies in contracts, grants, benefits, hiring, apprenticeships, and in a dozen other ways, regardless of individual qualification or merit.  All this is being done on the sly to avoid legal challenges.

Whatever you call this, you can’t call it equal protection of the laws.  Class enemies everywhere, beware, Lenin lives.  Kill the Kulaks!  But before you sign up to pull the trigger, you should know Lenin had to reverse himself and let peasants own land again after communism wrecked the economy.  Poisonous policies have a way of self-destructing, so can we get through the Wokism phase quickly, please?  We need to get back to the thinking that made the Civil Rights Era great – true equality before the law – before civil rights thinking went off the rails.

EXCLUSIVE: Meet The Woman Trying To Unseat One Of Texas’ Democratic Reps