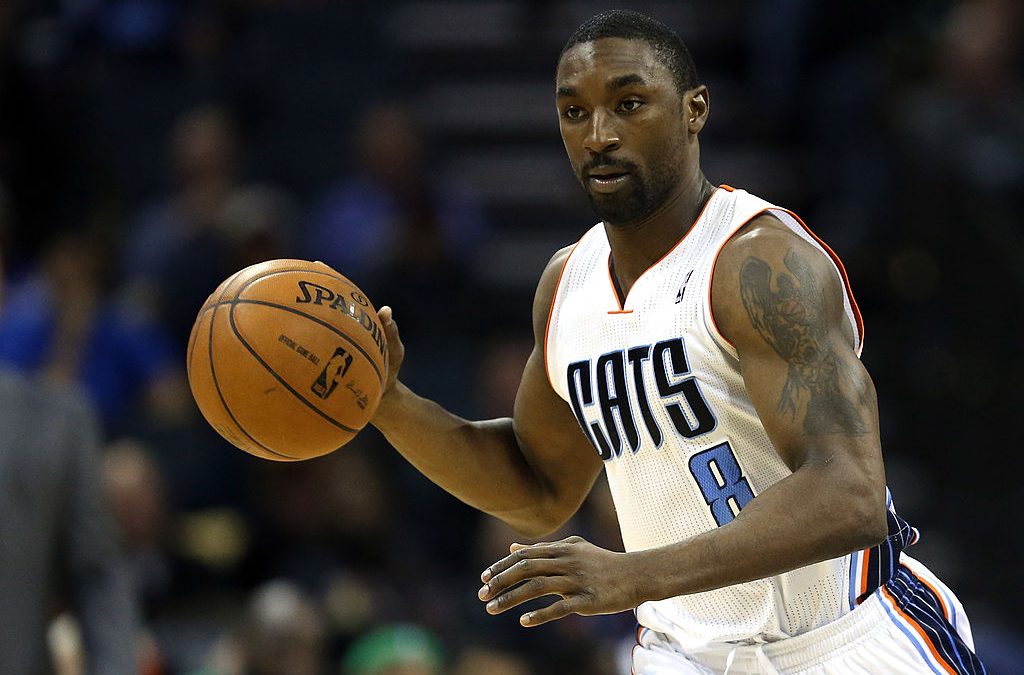 The 39-year-old one-time “Sixth Man of the Year” was waiting for a flight to Chicago when Port Authority cops allegedly barred him from entering the plane and arrested him at 8:45 p.m., according to the Post.

His son, who was not publicly named due to his age, was brought by his aunt to Long Island Jewish Children’s Hospital for evaluation.

The former shooting guard, who played previously for the likes of the Chicago Bulls and Detroit Pistons before leaving the NBA in 2015, was booked and processed at the Port Authorities police station house.

Charges against him are still pending, and details about his arrest and son’s condition remained unknown as of Tuesday.

The Post, citing police sources, reported that two Port Authorities officers received minor injuries during the arrest, however it was not immediately clear as to how they  were injured.

This is hardly the first brush with the law for Gordon, who’s been arrested several times in the last few years.

Gordon Opens Up About Mental Health Issues, Suicidal Thoughts, Trouble With The Law

A British-born American who holds dual-citizenship, Gordon went to Mount Vernon High School in Westchester County, just north of New York City, before starring at UConn and winning a national championship back in 2004.

Gordon has been very candid over the years with his mental health issues.

In 2020, he opened up about his struggles in a chilling first-person account in The Players’ Tribune, writing that he even contemplated suicide at times.

“I would be up on the roof of my apartment building at four o’ clock in the morning, just pacing to the edge of the ledge, looking over — pacing back and forth, back and forth — just thinking, I’m really about to do it, B,” Gordon wrote.

Gordon went on to write that his panic attacks got so bad one night, that “all I could think about was escape.”

“I’m about to escape from all this s–t. I was obsessed with killing myself. It’s all I researched, all I thought about. One night my panic attacks got so bad that all I could think about was escape. … You become like an animal. It’s instinctive.”