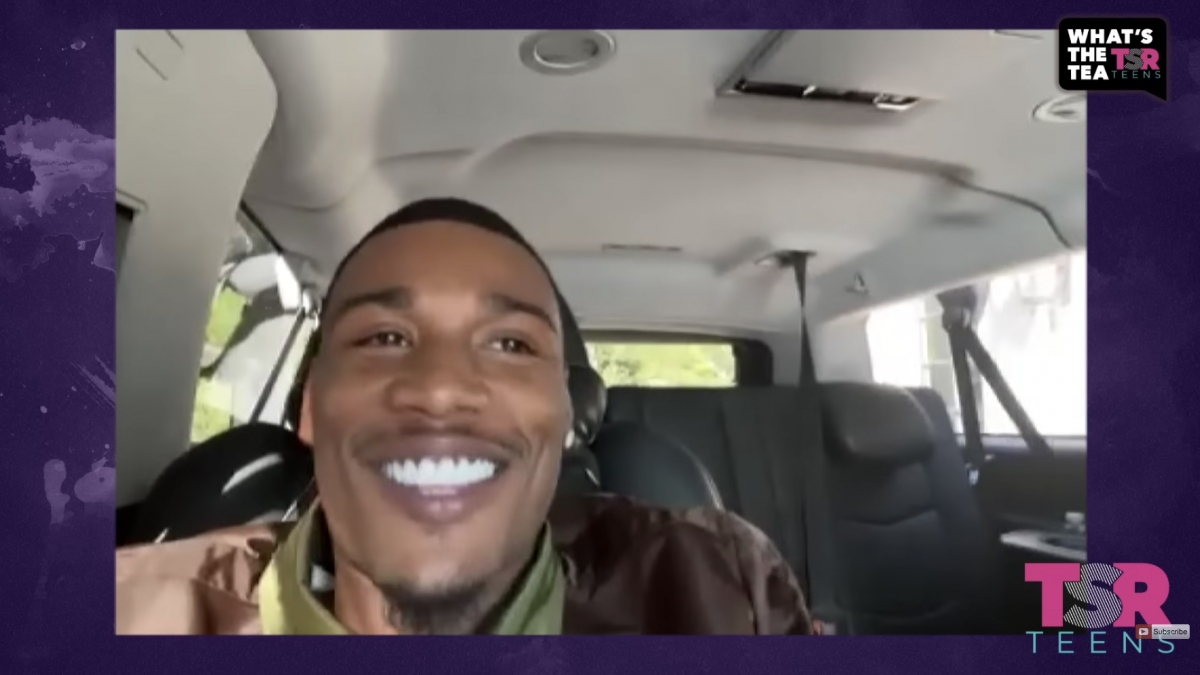 R&B singer Ar’mon Warren responded to DJ Akademiks sharing his unsolicited opinion of him and his relationship with Reginae Carter and calling her the b-word.

In case you missed it, DJ Akademiks seemingly spoke negatively on the couple during a Livestream with followers.

“She loved YFN Lucci […] she loved a hood ni**a. He had “thug life” tatted across his chest. You know these b****, let me not call her that, you know these chicks love a hood ni**a. Everything was all good with him until she realized he caught a RICO. Reginae [inaduble] with some ni**a named Ar’mon. She even downgraded. She don’t like thugs no more.”

Akademiks already explained onThe Breakfast Club that he didn’t necessarily call Reginae Carter a b**ch. He admitted that he said the b-word, but retracted it quickly after.

Ar’mon Reacts To Akademiks Calling Reginae A B****

Ar’mon exclusively reacted to Akademiks’ comments in an exclusive conversation with The Shade Room Teens. Answering the question of whether he had anything to say to Ak, Ar’mon initially responded:

“Who said something, what’s his name? I was hearing…but I didn’t really pay attention.”

Reginae’s boo then called out Akademiks for seemingly glorifying “thug life” while trying to diss him on live.

“To the young men of this generation, because a lot of y’all think it’s cool [to be] gangster. A grown man takes care of his family and a gangster is going to take care of his kids…not disrespecting women, not calling her out her name.”

“I feel like he didn’t do his research. I don’t care enough to prove nothing.I just don’t get what he expected me to do out of that.”

Roomies, hit play to peep the entire exclusive interview. Do YOU agree with Ar’mon defending his Regina relationship??

SWPPP to Fight Pollution from Your Next Storm