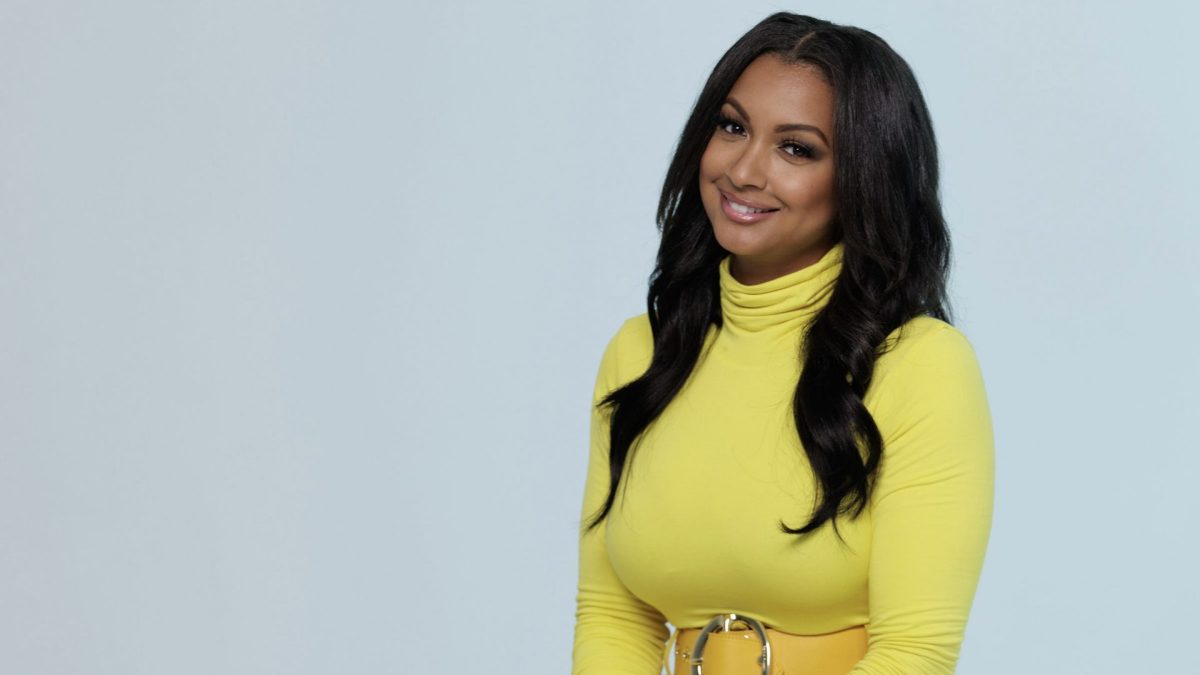 Eboni K. Williams is not a woman to be played with. The 39-year-old is a seasoned lawyer, author, and television host who has led shows like State Of The Culture on REVOLT TV, as well as REVOLT Black News. Williams has also guest-hosted shows like ‘The View and even broke barriers as the first Black cast member of The Real Housewives of New York City.

Today, Williams continues to expand her footprint in the media world with her new talk show, TheGrio with Eboni K. Williams. According to an exclusive press release, the show focuses on “law and order and how the justice system impacts the Black community.” The show also offers “a twist,” providing viewers with “teachable moments” and sharing valuable information about the judicial system and how to apply it in times of crisis.

Williams sat down exclusively with The Shade Room’s Senior Editor, Jadriena Solomon. She explained how her new talk show will help Black Americans foster a deeper understanding of the judicial system, how she maintains her confidence as a powerful Black woman, and what topics viewers can expect to hear discussed on the show.

Jadriena Solomon: First and foremost, congratulations on the launch of ‘TheGrio with Eboni K. Williams,’ your new show that “highlights law and order and its meaning to the Black community.” On the show, you’ve analyzed news-making cases and issues that directly impact our people while offering your insightful legal and cultural commentary. When you learned that the show would be moving forward, I’m sure you felt excitement, but did you also feel a sense of heaviness or reservation in knowing how large of responsibility you would have to educate your viewers in such unprecedented times like this?

Eboni K. Williams: Not even close. This is why I do everything. This is why I wake up in the morning. In addition to hosting ‘TheGrio with Eboni K. Williams’ — which I love doing every day at six o’clock Eastern time — I just finished recording my audiobook, titled “Bet on Black: The Good News About Being Black in America.” We all have callings and it just so happens that mine, due to my skillset, education, and position in this world, is to be a curator of facts, strategies, and information. And if I can educate my people about things that make navigating this world and this country as a Black person easier, then it’s my privilege to get to do that.

Jadriena Solomon: It’s extremely refreshing to see a news show for us centered around the law because so much of the time — because of the world we live in — we’re told to stay as far away from the law as possible. Therefore if we do end up in a legal situation, we often don’t know what to do and don’t have the correct information to deal with the matter in the best way. How can we, as a community, begin reshaping our perception of the law or the judicial system?

Eboni K. Williams: I love this question. The first thing people need to do is download and subscribe to Holding Court with Eboni K. Williams. The reason why why I created that podcast is to connect those dots because every Black person I know — if it’s not you, it’s your mama, your daddy, your sister, or your brother — has intersected with the justice system, probably the criminal justice system. Somebody in your family has been incarcerated. And because of that relationship and the history of the brutality of the legal system against Black Americans, to this day, we run away from it. We don’t want to be near it. We don’t want to intersect with it in any way.

But that’s exactly what they want us to do. They want us to stay away from the knowledge of the system so that we can always be victims of the system. So what I do with my show on TheGrio, is give the nourishment we need to better navigate the judicial system. I’m giving viewers the tools to understand the jargon of the criminal justice system. You don’t know what a failure to appear means? Listen to this. Do you have a warrant out on you? You don’t have to just go to jail with that warrant. You can get your charges put back on the docket, go to court, have your case heard, and really save yourself a conviction, time, and money. That’s just a taste of the information that our people will never get if we don’t avail ourselves of this type of content.

Jadriena Solomon: What do you think it was about the law and the judicial system that attracted you to learn more about it and pursue it as a career?

Eboni K. Williams: I’m a first-generation college graduate, and I take that responsibility seriously knowing that I get to avail myself of higher education in a way that my mother and previous generations didn’t. I wanted to go to the top — I’m just going to be straight up. It was important for me to pursue a career field that didn’t expect to have people that look like us and did not expect to see Black women. So that when I walk in spaces, from the time I was 23 years old to today, you have to put that esquire on my name. You have to put respect on my name.

Unfortunately, as Black people, and Black women, in particular, we are not presumed to be credible or intelligent or substantive or knowledgeable or powerful, or authoritative. So being an attorney for me was about getting that part out on front street so that I can do the work to change that. The work of providing that opportunity for equality, breaking down those systems of systemic oppression towards our people, and making sure that this system can work in our favor instead of always working against us.

Jadriena Solomon: You are a strong Black woman who is absolutely out here doing your thing. You are fierce. But so often as Black women, we are told that we need to — especially in career spaces — suppress that fierceness, hold back that confidence, and stray away from demanding respect. What advice would you give to women who are in positions of power but face this challenge?

Eboni K. Williams:  That is exactly why I wrote this book, “Bet on Black: The Good News About Being Black in America.” Here’s what it says on the back of the book: The good news about being Black in America today is that we can place our experiences — our history — up front and center and let other people contend with their comfort or their discomfort with that choice. We don’t have to succumb to subjections of inferiority. Those projections have nothing to do with who we actually are. Blackness has always been a first-class mainstream liberating experience. So we get to spread the good news [and] tell people who we actually are, not who they think or want us to be.

So that would be my advice. You know, I like to say I’ve entered a divorce of white comfort — I don’t give a damn about it. I don’t quiet my blackness. I don’t tone it down. I turn it up. I have found, in my lived experience, that when you turn up the volume on everything that makes Black women and brown women the dopest — our confidence, our swag, our style, our aesthetic, our vernacular, all the things that are uniquely ours — that’s really when the best things happen. That’s when I made the most money. That’s when I closed on my first real estate acquisition. That’s when I got talk show after TV show after upcoming syndicated show. That’s when I got this amazing book deal. That is the manifestation of the blessing. So turn up the blackness.

Jadriena Solomon: Tell us more about ‘TheGrio with Eboni K. Williams’ for those who haven’t tuned in yet and need to. What do they need to know?

Eboni K. Williams: When you watch ‘TheGrio with Eboni K. Williams,’ you’re going to get the headlines you need to know. And then at the end of every episode — my favorite part of the show — I’m interviewing guests like the specialists that deal with Russian laws so we can find out what’s really going on with Brittney Griner. I’m interviewing one of the Black men who bought the trademark to White Lives Matter to make sure that nobody of nefarious intent profits off of our pain.

We also dive deep into these legal issues. So you can watch the episode and be aware of not only what’s going on with Brittney Griner, but where’s she being held. What’re the laws over there versus the laws over here? And what do we need to do, other than rally on social media, to help bring our sister home? We have the midterm elections and run-offs. And on December 6th, Georgia, we need you to go out and do it again. We have got to have our culture show up and save the Black political agenda. That is what it takes if we even want to try and hold Biden and this administration accountable for the promises, reparations, justice, and policing act for brother George Floyd. So on the show, I tell you what you need to know and also what you need to do — what the action steps look like to create a more economic, politically equitable society for Black folk.