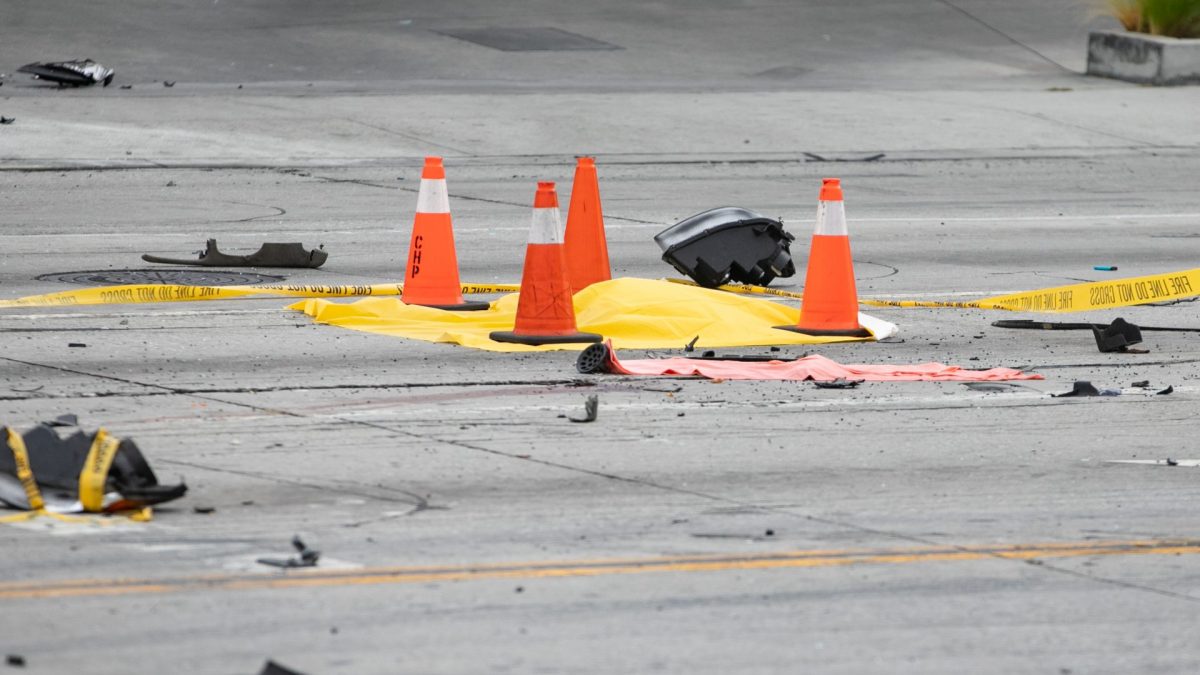 Roommates, we continue to keep those affected by the tragic Windsor Hills crash lifted in prayer. As previously reported, the incident left six people deceased and eight others injured. Now the last deceased victim has been identified by family members using DNA.

CBS LA reports, that the final victim from the fatal crash has been identified as 42-year-old Natiesha Lewis. During a press conference, her family shared that she was initially identified as a Jane Doe because the effects of the crash made it hard to identify her body. DNA had to be used to confirm identity following the fatal crash.

“My sister has children that are mourning, that are not aware. It’s just so tragic. It’s kind of unbelievable to even be here having this conversation. My family is broken we are grieving.”

Natiesha was in the car with her friend, 38-year-old Lynette Noble, headed to the mall when the crash caused by Nicole Linton occurred. Unfortunately, Natiesha and Lynette were two of the victims that died due to the crash.

Jasmond continued to say, “My only sister was the only sister who could not be identified like everybody else. That’s why we’re here so late. My sister was a Jane Doe because of the actions Nicole Linton took. And we do want just for our sister.”

As previously reported, Nicole Linton was charged with six counts of murder and five counts of gross vehicular manslaughter. She faces up to 90 years in prison, if convicted. The Los Angeles district attorney says she did not have alcohol in her system at the time of the crash contrary to prior reports.

Linton was speeding in her Mercedes when the crash occurred. Among the others that were killed was 23-year-old Asherey Ryan, her 11-month-old son Alonzo, her boyfriend Reynold Lester and their unborn son.

We’ll continue to keep you updated as this story continues.

A Billion Crabs Have Disappeared & Researchers Can’t Explain Why