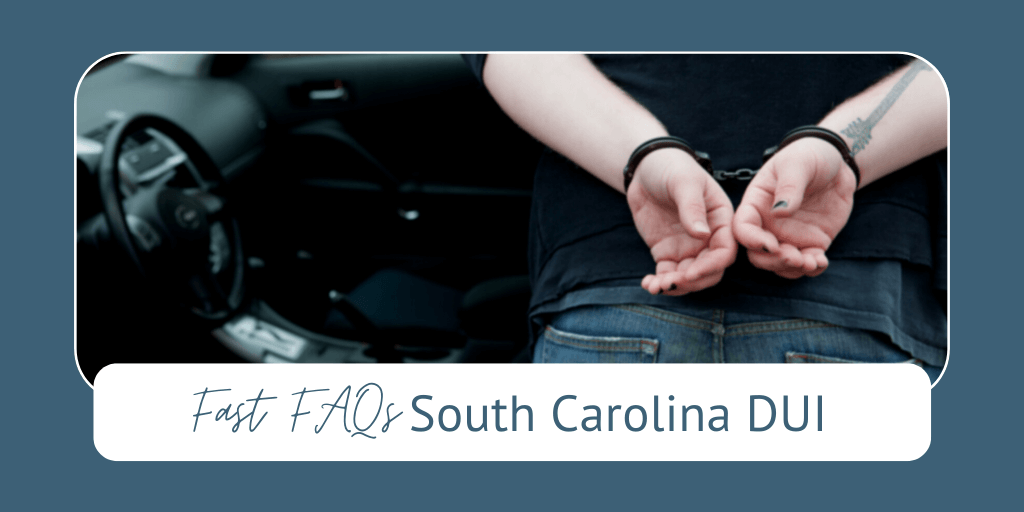 The team at SeiferFlatow believes that an informed driver is the best driver. We feel it’s important to educate drivers about traffic laws in South Carolina – especially DUI – because we know that being under-informed can lead to unfortunate and serious consequences.

Most drivers in South Carolina know what Driving Under the Influence (DUI) consists of and that a DUI charge can have heavy consequences, but many questions still surround the subject. We’ve gathered a few questions that clients frequently ask us in regards to DUI to help you better understand your rights on the road and help you to be an informed driver.

Many people assume that because a DUI is a driving offense, it will only show up on their driving history, but that is incorrect. In South Carolina, a DUI is charged as a misdemeanor offense. When you’re arrested for DUI, you will be fingerprinted as part of the booking process, and the South Carolina Law Enforcement Division (SLED) will keep a record of the arrest.

Further, South Carolina does not allow DUI convictions to be expunged, so a DUI will stay on your record for the rest of your life and will continue to show up on background checks.

According to South Carolina Code of Laws Section 56-5-2950, by operating a motor vehicle in the state, you imply to be giving consent to test your breath, blood, or urine for the presence of alcohol or drugs if you are pulled over under the suspicion of DUI. While technically, you don’t have to submit to the test, by refusing a breathalyzer, blood, or urine test, you commit an implied consent violation. An implied consent violation will result in your license being automatically suspended for six months, with the option of ending the suspension early only by enrolling in the Ignition Interlock Device Program.

A refusal to test can also be used against you in court during a DUI trial, meaning that a prosecutor would be allowed to try to use your refusal to submit to a test as evidence that you were driving under the influence.

Unlike breathalyzer, blood, and urine tests, field sobriety tests are voluntary in South Carolina. When you are pulled over under the suspicion of driving under the influence, an officer might try to conduct one of three field sobriety tests – an eye test (Horizontal Gaze Nystagmus), walk and turn, or one leg stand – to establish probable cause for a DUI arrest. You can refuse a field sobriety test without facing consequences. However, the officer can still require you to submit to a breathalyzer, blood, or urine test to measure your blood alcohol content (BAC) under the above-mentioned implied consent law.

A DUI charge can negatively impact your life and create a stain on your future. A conviction will stay on your permanent record forever and can create problems for you any time a background check is run, like when applying for jobs, housing, and more. Similarly, an implied consent violation can be used against you in court to convict you on DUI charges.

A well-crafted defense is your best tool for protecting your rights and driving privileges. The attorneys at SeiferFlatow understand South Carolina criminal and traffic laws, are experienced at successfully fighting traffic violation charges, and will work with you to create a defense that preserves your rights. Contact our South Carolina office to schedule a consultation with an attorney today.

‘How Is That In Our National Interest?’: DeSantis Takes Action To Limit Chinese Communist Party’s Land Buyouts

How does property division work in North Carolina during a divorce? – SeiferFlatow, PLLC

Is a DUAC the same as a DUI in South Carolina? – SeiferFlatow, PLLC

How to Stay Safe on the Roads This Thanksgiving – SeiferFlatow, PLLC