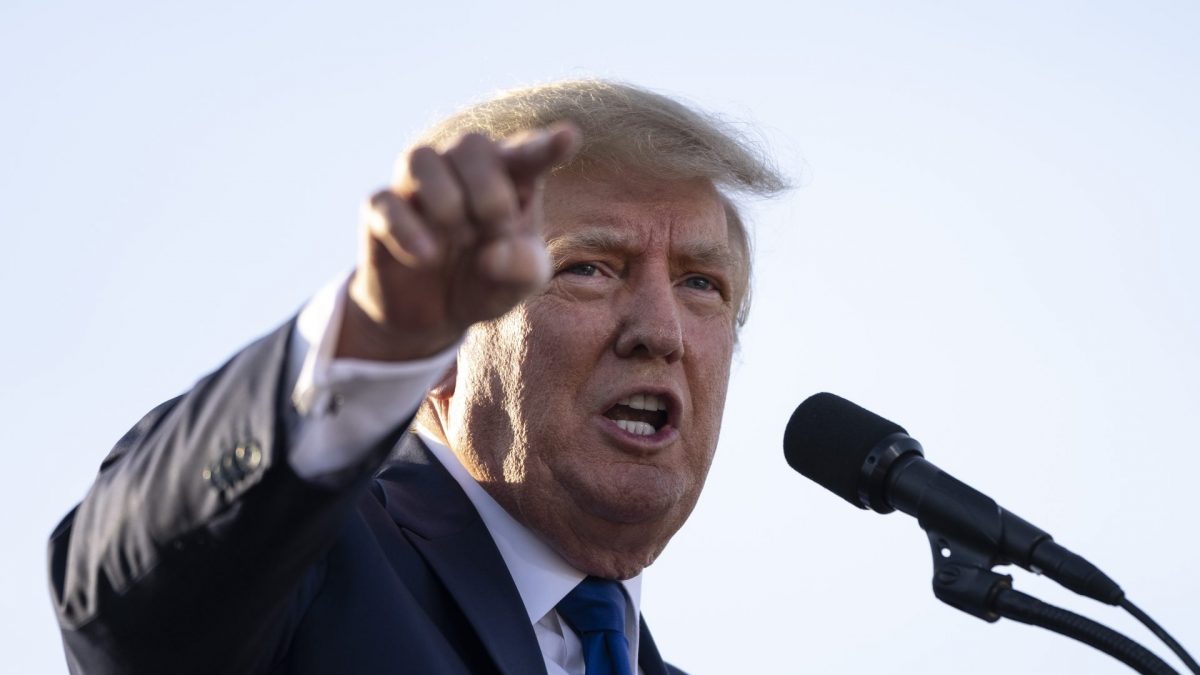 The FBI conducted an unannounced raid on former President Donald Trump’s Mar-a-Lago resort on Monday, in an escalating probe into whether he took classified documents from the White House to his Florida residence, according to the Associated Press.

Trump confirmed the fed’s search in a statement, claiming that agents opened a safe at his home while calling it “under siege” and comparing it to “prosecutorial misconduct.”

“These are dark times for our Nation, as my beautiful home, Mar-A-Lago in Palm Beach, Florida, is currently under siege, raided, and occupied by a large group of FBI agents,” Trump wrote in his statement. “Nothing like this has ever happened to a President of the United States before.

After working and cooperating with the relevant Government agencies, this unannounced raid on my home was not necessary or appropriate.”

The raid is the culmination of a months-long investigation into how classified White House records made their way from Washington D.C. to Trump’s Florida estate earlier this year.

Back in February, the National Archives asked the Justice Department to investigate Trump’s handling of White House records, claiming that some of the documents he returned to them were ripped and taped back together, according to CBS News.

A month prior, the agency retrieved classified documents found amongst 15 boxes of records from Trump’s Palm Beach estate.

More damning evidence against Trump was revealed on Monday, when New York Times reporter Maggie Haberman released photos from an upcoming book that show several instances where the former president attempted to flush documents down the toilet.

Trump went on to call the Monday’s raid a “weaponization of the Justice System, and an attack by Radical Left Democrats who desperately don’t want me to run for President in 2024.”

Fellow Republicans Rally Behind Trump As Midterm Elections Heat Up

Fellow Republicans have since come out in defense of the former president, with GOP National Committee Chair Ronna McDaniel calling the raid “outrageous” and adding it was just another reason for voters to turn out for midterm elections in November.

NEW: Here are photos that the NY Times’ Maggie Haberman obtained from a White House source showing documents with Trump’s handwriting on them — in two different toilets. Trump reportedly flushed both sets of documents repeatedly. This contradicts his repeated denials. pic.twitter.com/fn1SjOFxDW

Florida Governor Ron DeSantis, who like Trump is considering his own 2024 presidential run, tweeted that the search was “an escalation in the weaponization” of U.S. government agencies.

House Minority Leader Kevin McCarthy accused the Justice Department of “reaching an intolerable state of weaponized politicization,” and tweeted that Republicans will investigate the agency if they win control of the U.S. House in November.

Meanwhile, a separate probe, a grand jury investigation into Trump’s alleged efforts to overturn the results of the 2020 presidential election, continues to be carried out as the former president looks towards another run in 2024.