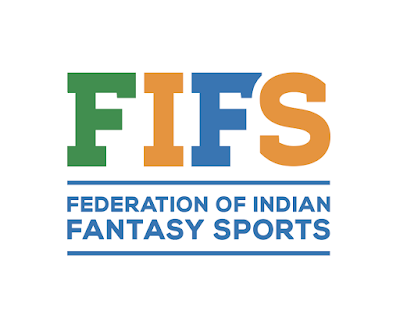 The federation lauds the Ministry for the move that reiterates FIFS’ stand against this menace. FIFS has previously emphasized the need for identification and prohibition of offshore business activities to ensure consumer interest Safeguard.

About the development, FIFS Director-General Joy Bhattacharjya said, “We thank the Ministry of Information and Broadcasting for this important step. As FIFS, we have been creating awareness about the need for demarcation between the legitimate and illegitimate players in the online gaming ecosystem to ensure unwarranted elements like offshore betting and gambling don’t see a rise and adversely impact consumer interests. This move from the Ministry will ensure that Indian citizens are educated about the risks on these platforms and do not get lured or trapped by the same. We are hopeful that this initiative will lead to further stringent action on these players by other arms of the Government as well.

As a big and positive step towards consumer interest protection, on 3rd October 2022, MIB issued an advisory to private television channels, digital news publishers and OTT platforms to refrain from showing advertisements of online betting sites and surrogate advertisements of such sites.

In the advisories issued by the government, a clear stand has been taken by MIB against direct and surrogate advertisements of offshore betting platforms, saying that it may also invite penal action for the broadcasters. The Advisories also stated that since betting and gambling is illegal in most parts of the country, advertisements of these betting platforms as well as their surrogates are also illegal and should not be shown to Indian consumers.

The Ministry, in its advisory, clearly highlighted that such offshore betting websites use news as a surrogate product to advertise their betting platforms, especially on the digital medium. The advisories mentioned that in these cases, there is a striking resemblance between the logo of the news platform and the betting website. The Advisories also clarified that since betting and gambling is illegal in most parts of India, so are their advertisements, direct or surrogate. MIB mentioned the Consumer Protection Act 2019, Cable TV Network Regulation Act 1995 and the IT Rules, 2021 to issue the Advisories.

Formed in 2017, the Federation of Indian Fantasy Sports (FIFS) is India’s first and only dedicated Fantasy Sports self-regulatory industry body established to protect consumer interest and create standardized best practices in the FS industry. FIFS aims to create a thriving ecosystem for FS users and operators by creating guidelines for a common set of practices, setting standards of operation, and creating a regulatory framework to protect the FS user and operator interests. FIFS works with key industry stakeholders and liaisons with policymakers to create a robust governance structure to support the sustained growth of the industry.