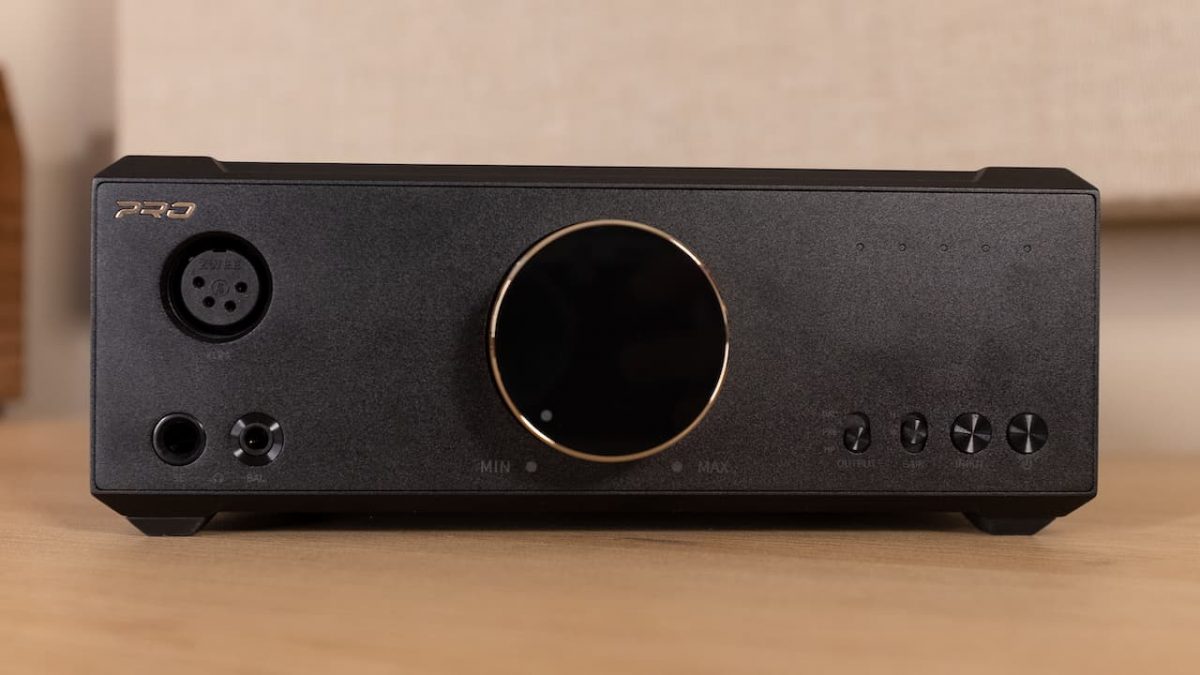 As an audio engineer and record producer, I have developed somewhat of an apprehensiveness towards any product with “Pro” in the title. In the pro audio world, “Pro” more often than not suggests sub-par performance. The FiiO K9 Pro ESS DAC has proven remarkably useful for both professional work and general enjoyment.

The FiiO K9 Pro is not inexpensive at $849.99, and I can understand how that might give some potential buyers a moment of pause. What really stands out about the DAC is its rather extensive list of features and how good the sound quality is in specific circumstances. Let’s take a look at this very capable component and see what it has to offer.

With few exceptions, the unit performed all of the above tasks seamlessly. While the unit might be a little heavy (at almost 10 pounds) to consider ‘portable’ and throw in a backpack, I’ve been doing just that as I find the built-in power supply makes the K9 Pro more convenient to lug around than a bag full of individual components with various different connecting cables and external power supply bricks.

As a Bluetooth receiver, the steps in volume control seem abnormally course making it difficult to dial in a volume level that isn’t too loud or too quiet. The K9 Pro sounds better and remains connected at greater distances than the Topping DX3 Pro+ that we’ve been using as a Bluetooth receiver in our apartment for years now – but the finer volume control between my phone and the DX3 Pro makes it more useful for playing things like podcasts and music around the apartment.

It is possible to set a finer volume level by changing the K9 Pro from DAC to PRE mode and utilizing the physical volume control on the unit, but this sort of defeats the purpose of Bluetooth for me – convenience. Hopefully, the volume scale will be adjustable via a future firmware update. Until then, the DX3 Pro will remain connected in our apartment as the multipurpose A/V Bluetooth receiver.

The interface is just terrible. I remember reading about the difficult-to-read and difficult-to-adjust buttons and switches when the original K9 Pro first came out and I figured reviewers were exaggerating. They were not.

Unless you are in an uncomfortably well-lit room with your face mere inches from the unit, it is exceedingly difficult to see what it is you are adjusting with the K9 Pro’s buttons and switches.

There are two switches that account for output mode (DAC, PRE, HEADPHONE) and gain level (HIGH, MEDIUM, LOW) and two buttons that control input source and standby mode. All of this basically requires a flashlight to see and awkwardly careful dexterity to adjust. The selectable input sources listed at the top of the unit are equally hard to discern.

The way that THX amplifiers achieve such low distortion levels is by combining the source signal with an inverted waveform that’s meant to cancel out distortion created in the amplification process. The result is extremely clean amplification with exceedingly low levels of third harmonic distortion. In my experience, however, low distortion does not necessarily equate to a pleasing sounding amplifier. To read more about the shortcomings of using distortion measurements to evaluate audio equipment, check out Andrew Park’s article on evaluating SINAD over at Headphones.com.

Based on my experience with the infamous DROP + THX AAA 789, I had a very specific preconception of what the THX AAA amplifier in the K9 Pro would sound like.

Interestingly, I was pretty far off base. The 789 does sound very clean but when comparing it to other high-end amplifiers, I’ve found it to be lacking in terms of soundstage width/depth, dynamic impact, low-end consistency, and detail retrieval – especially in elements that sit at the far left and far right of a mix.

The 789 can often sound bright with its ultra-detailed top end and under-supported low end.

The THX amplifier in the K9 Pro ESS is a very different beast. I’ve seen the K9 Pro described as having a “neutral” sound in various reviews and assessments of the unit. Compared to the 789, however, the K9 Pro’s amplifier sounds positively ‘warm.’  The K9 Pro has an undeniably darker tonality and noticeably wider soundstage.

Using the K9 Pro ESS as a DAC to feed both my AAA 789 and the built-in K9 Pro ESS amplifier, I listened to several songs on my reference tracks playlist and documented the differences. Here are a couple of examples:

I Give Up by Caroline Polachek

Using both the HiFiMAN Sundara and Focal Utopia to test the two amplifiers, my clear favorite was the K9 Pro over the 789. However, I can imagine someone using darker headphones preferring the extra level of high-end detail with the 789.

The difference in sound is less immediately apparent between the FiiO K9 Pro’s amplifier and the much more expensive SPL Phonitor XE ($2,449 at Amazon) in terms of tonality.

Both amplifiers have a smooth leaning neutral presentation of sound. When I went back and forth between the two amplifiers, I found that the SPL sounds clearly more refined. Sub-bass impact and sustain, midrange and treble resolution, and soundstage width and depth are all a noticeable step up switching from the K9 Pro to the SPL Phonitor XE.

However, the difference is not night and day. For perspective, I had a friend of mine (who has not fallen down the audiophile rabbit hole) listen to the two amps, one after the other, and they did not have a preference one way or the other. I think this really puts things into perspective and serves as a testament to the value of the K9 Pro ESS, especially as a combo unit.

In my studio, I will choose the SPL over the FiiO every time for recording/mixing/mastering work. However, I would not hesitate to set up the FiiO K9 Pro ESS away from my studio in order to evaluate mixes and make adjustments with confidence.

Using the HiFiMAN Susvara paired with the Ferrum Oor + Hypsos amplifier/power supply, I found only a small difference between the FiiO K9 Pro ESS DAC versus the Universal Audio Apollo ($699 at Amazon) interface that I use in my studio. The Apollo is a little more concise/articulate than the K9 Pro ESS.

Switching over to the bus-powered Motu M2 ($199 at Amazon) interface, there is a relatively pronounced difference between the Motu M2 and the FiiO K9 Pro ESS in favor of the FiiO. The M2, in comparison, sounds more digital with less soundstage depth/width, less sub-bass impact and sustain, and less midrange and treble resolution.

This is probably to be expected seeing as how the Motu M2 sells for a fraction of the price at $200. However, I think it’s worth noting that this is an interface producers/artists use to record/mix the music we’re listening to — and the FiiO sounds noticeably better.

The value of the FiiO K9 Pro ESS as a DAC/amp combo is undeniable. The DAC, as far as I’m concerned, is fantastically transparent which is exactly what I look for in a reference DAC as an audio engineer. The amplifier, while not first-class compared to other far more expensive options, is perfectly adequate to power every headphone I have on hand except for the HiFiMan Susvara.

The Susvara/K9 Pro combo is a no-go for me; the Susvara sounds like it’s ‘thirsty’ for more current than the K9 Pro can provide. The HiFiMan Sundara, however, really shines combined with the laidback quality of the FiiO. If asked for a full system recommendation for around $1k, I would not hesitate to recommend the FiiO K9 Pro ESS and the HiFiMan Sundara.

In fact, I’ve enjoyed that exact combo immensely as my go-to away-from-studio option. To that end, I would not hesitate to use the Fiio K9 Pro as a headphone amplifier/DAC combo for professional post-production work like mixing and mastering. The same cannot be said for any other DAC/amp combo I’ve tested to date.

The FiiO K9 Pro ESS is imperfect. Especially when it comes to the physical interface, there is a lot of room for improvement. However, depending on what you’re looking for, the K9 Pro may just check enough boxes in terms of features and sound quality to make up for the awkward and half-baked user interface.

Even the switches and buttons become manageable after you develop some muscle memory for what button/switch controls what and in which direction.

In my opinion, the K9 Pro’s level of sound quality in a combination DAC/amp is a huge win for FiiO and the listening community in general and I highly recommend the unit for headphone enthusiasts looking to upgrade their setup without dealing with the chaos of individual components.