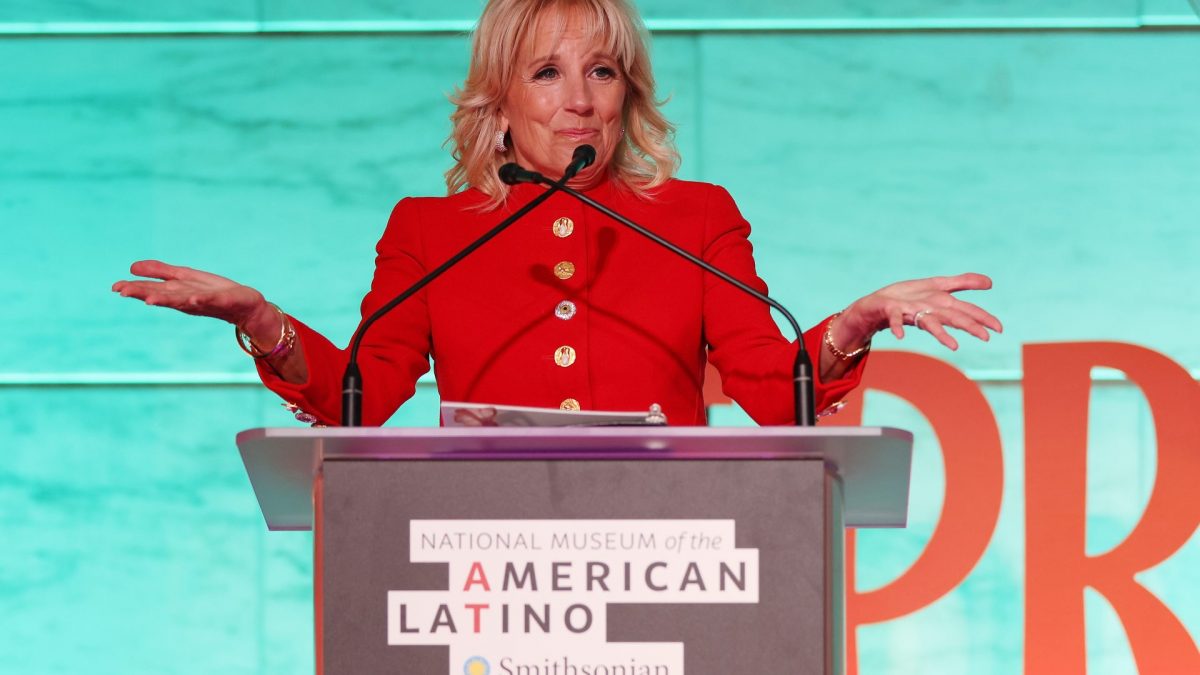 First Lady Jill Biden found herself in hot water and a top trending topic after referring to Hispanics as “breakfast tacos” during a recent speech. The backlash to her comments was so intense that Jill Biden was forced to issue a formal apology through her press secretary via a social media post.

While speaking at the “Siempre Adelante: Our Quest for Equity” conference, First Lady Jill Biden was attempting to compliment the work of Raul Yzaguirre, President of the UnidosUS—but things unfortunately took a drastic turn in the other direction that many deemed offensive.

Jill Biden made the following comments that angered many within the Hispanic community:

“Raul helped build this organization with the understanding that the diversity of this community, as distinct as the bodegas of the Bronx, as beautiful as the blossoms of Miami and as unique as the breakfast tacos here in San Antonio, is your strength.”

Following the almost immediate backlash, Biden’s Press Secretary Michael LaRosa posted an apology on Twitter. “The First Lady apologizes that her words conveyed anything but pure admiration and love for the Latino community,” the message read.

However, the National Association of Hispanic Journalists was less than impressed with her apology and stated that the Hispanic community are not stereotypes. The organization posted a scathing message to Jill Biden and her remarks.

“Using breakfast tacos to try to demonstrate the uniqueness of Latinos in San Antonio demonstrates a lack of cultural knowledge and sensitivity to the diversity of Latinos in the region. NAHJ encourages Dr. Biden and her speech writing team to (take) the time in the future to better understand the complexities of our people and communities, ” the organization wrote.

Just last week, President Joe Biden awarded Raul Yzaguirre with the Presidential Medal of Freedom, which is the nation’s highest honor for a civilian.

CIIE.CO to support over 100 early-stage craft startups by 2025