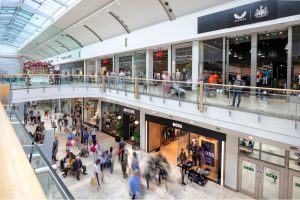 Retailers Flannels and Sports Direct are to open new flagship stores for the North East in Metrocentre, Gateshead after exchanging contracts with the Metrocentre Partnership who were advised by Sovereign Centros.

Parent company SportsDirect.com Retail Limited has taken the former Debenhams store in the centre’s Red Mall for the two brands.

Flannels currently occupies a 5,000 sq ft unit on the Upper Red Mall and Sports Direct occupies a retail warehouse elsewhere in Gateshead, which will close when the retailer moves to the Metrocentre.

The former Debenhams store is currently occupied by Next Home & Beauty, which will consolidate into Next’s existing store in the Green Mall.

Graeme Jones, director at Sovereign Centros, said: “These lettings will create a new destination point for the centre’s Red Mall. The store sits on one of the main entrances to the centre and therefore important from a visual presentation perspective. The transaction completes a major element of our business plan leasing up surplus former department store space.”

Mr Jones added “Retailer interest in the Centre is strong. We are not only attracting new premium brands, but existing retailers are upsizing into new flagship stores. Both JD and H&M upsized earlier this year and are trading really well.”

General Motors Doubles Down On Plans For An Electric Future In The Middle East; Confirms The Fourth Of 13 Evs For The Region By 2025 And Showcases The Cutting-Edge Technology Set To Redefine Mobility

One week remaining for small business owners to apply for a £25,000 Business Boost grant – Retail News – A1 Retail Magazine