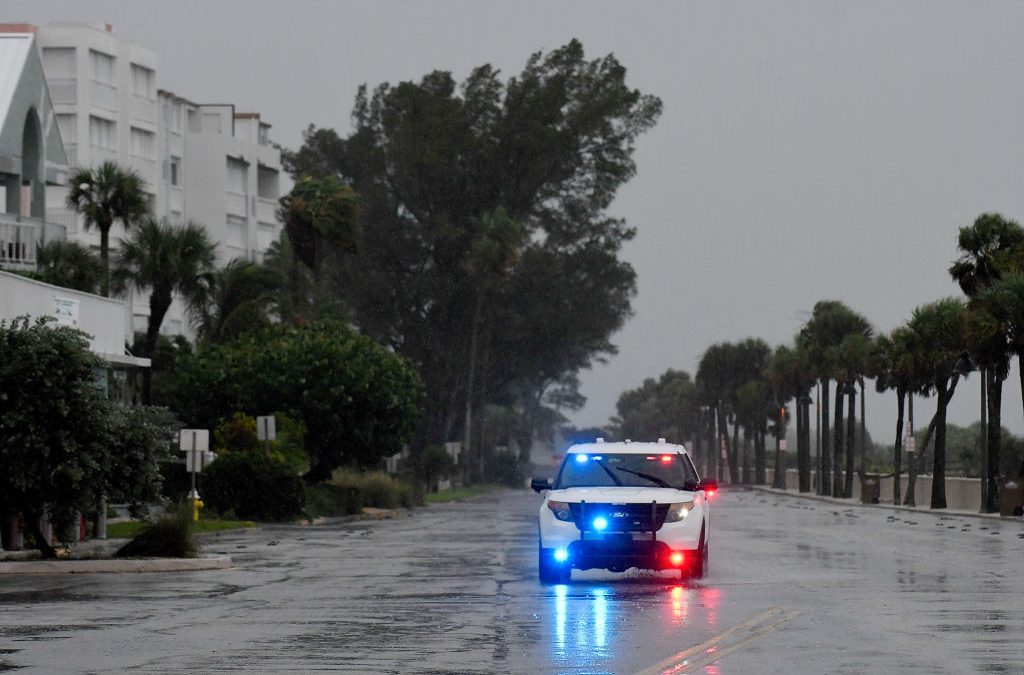 Florida is just hours away from Hurricane Ian becoming a historic Category 5 storm, and Governor Ron DeSantis is now warning residents that it’s too late for many of them to evacuate safely from the state.

“It’s no longer possible to safely evacuate,” DeSantis warned residents in the wide area around Charlotte County, where Ian is expected to make landfall. “It’s time to hunker down and prepare for this storm,” he stressed.

He instead told Floridians to “hunker down” and “do what you need to do to stay safe.”

“Do what you need to do to stay safe. If you are where that storm is approaching, you’re already in hazardous conditions. It’s going to get a lot worse very quickly. So please hunker down,” he repeated.

Video from Matt Tilman of Bayshore Blvd in Tampa. The bay being sucked out. #hurricaneian #ian pic.twitter.com/F54Lv1r5KV

Maximum wind speeds have already been recorded at a whopping 155 mph, with Ian currently “knocking on the door of a Category 5 storm,” DeSantis said, which designated historic storms with winds of 157 mph of more.

DeSantis acknowledged the danger will likely last until at least late Thursday.

“This is a major, major storm … This is going to be a nasty, nasty day,” he said.

Meanwhile, Kevin Guthrie, the director of Florida’s Division of Emergency Management, went even further by saying his local directors were all “preparing” for “and expecting a Cat 5.”

“The storm is here. It is imminent,” he said, while stressing those in its path to remain inside.

The National Guard has sent 7,000 troops to the area in “the largest response I’ve ever seen in the state” said State Fire Marshal Jimmy Patronis, who added  “they’ve been training for their entire lives for this mission.”

DeSantis similarly said that the “assets we have are unprecedented in the state’s history and, unfortunately, they’ll need to be deployed,” the Post reports.

The storm is set to hit land somewhere north of Fort Myers while coming about 125 miles south of Tampa. The region is noted for its retirees and tourists who come to the area for sandy beaches and barrier islands, which forecasters said would likely be completely inundated with flood water.

Those Who Have Stayed Behind Urged Not To Rush To Buy Supplies, Work Outside On Reinforcing Homes

Those who have stayed behind were also told not to rush to buy supplies or work outside on reinforcing their homes, according to the National Hurricane Center.

“Time is quickly running out for residents to rush preparations to completion on the southwestern Florida peninsula as Hurricane #Ian nears,” the National Hurricane Center tweeted just after 8:30 a.m.

Georgia Governor Brian Kemp preemptively declared a state of emergency ahead of Ian, and ordered 500 National Guard troops on standby.

Ian has already devastated parts of Cuba, especially the Pinar del Rio province, where most of the tobacco used for the country’s iconic cigars is grown. State broadcaster Canal Caribe has already reported two deaths in the area, the Post reports.

“It was apocalyptic, a real disaster,” said Hirochi Robaina, owner of the farm that bears his name and that his grandfather made known internationally.

The entire nation of 11 million Cubans were left without power – for perhaps the first time ever – with the exact extent of the damage not immediately clear as of Wednesday.

Power was restored to three regions by early Wednesday, however the capital, Havana, and other parts of western Cuba remained powerless as of Wednesday afternoon, according to the Post.