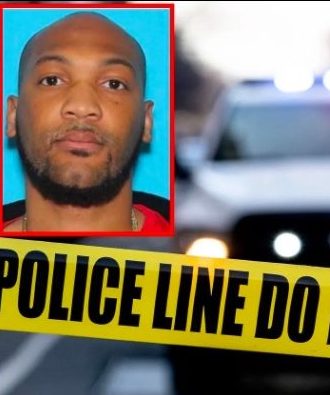 Police are searching for Yaqub Salik Talib, the man accused of fatally shooting a coach during a youth football game at  Lancaster Community Park in Lancaster, Texas, on Saturday night. The incident occurred just before 9 p.m. when police responded to a call about shots fired. According to reports, an argument took place between coaches and referees. That escalated into a physical altercation between the coaching staff. Police said Yaqub pulled out a gun and opened fire, hitting another man.

The Dallas County medical examiner’s office confirmed that 43-year-old Michael Hickmon was taken to a hospital after being shot but unfortunately passed away due to his injuries. He was a coach for the TexaSports football team. According to WFAA, other sports team has spoken out about Michael’s senseless killing. Youth team D.E.A. Dragons’ president Mike Freeman said, “We saw one of our coaches laying down on the ground right there. It was tough. More than just a coach. Great father, great man, great role model, great mentor.”

As more information becomes available, reports state that Yaqub is the brother of former NFL cornerback Aqib Talib. Both men are coaches on the North Dallas United Bobcats, who were playing the other team playing at the time of the shooting. Tevar Watson owns the team and was on another field cleaning during the shooting said the shooting was senseless.

“I think it’s all senseless, man. Yesterday was probably the worst day of my life, man,” he said. “Lost a good guy. What we call a standup guy is one of the guys there for his family.” Tevar also noted that roughly 80 kids were present during the shooting. “I held my son after that for 20 minutes of him just crying because no kid should have to see that,” he said.

Our thoughts are with those affected by this tragedy.

Petroleum Additives Market Size is projected to be worth USD 8,836 Million by 2030 at a CAGR of 5.2%, Owing to Rising Automotive Manufacturing in Emerging Economies