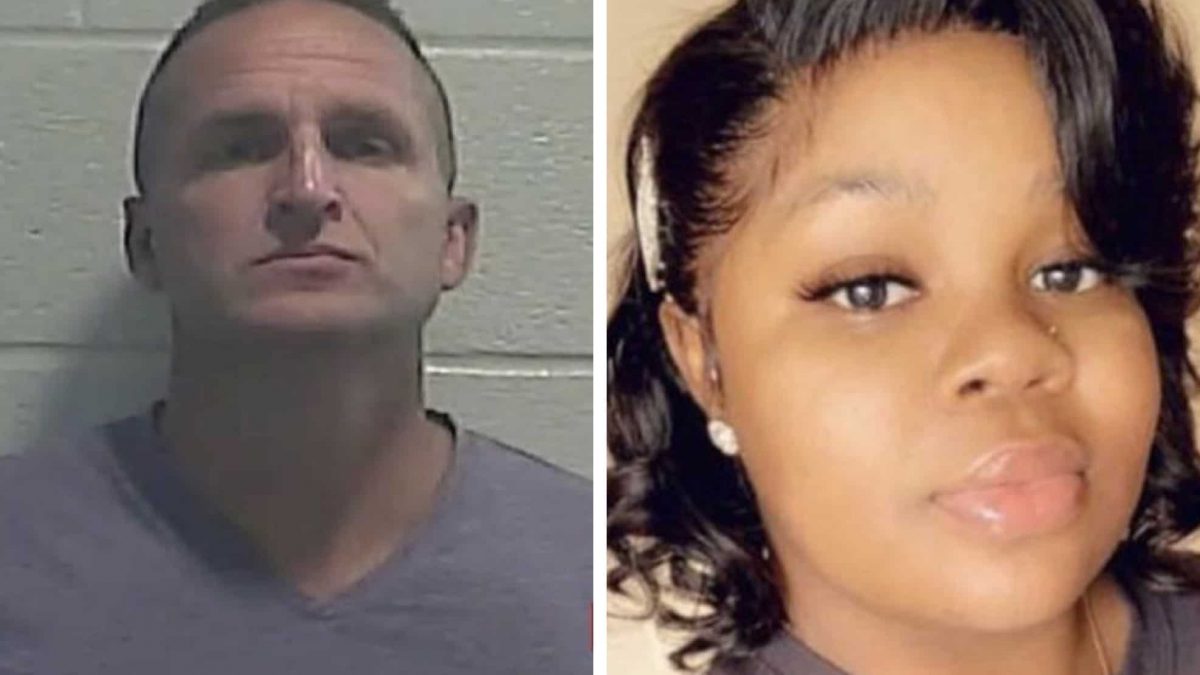 The FBI has arrested four current and former Louisville police officers who were involved in killing Breonna Taylor during a “no knock” raid, federal authorities say. The news comes a little over two years after her death, which occurred back in March 2020.

NBC News reports that former LMPD detectives Kelly Goodlett, Joshua Jaynes and Brett Hankison, along with current Sergeant Kyle Meaney, are all facing federal civil rights charges following a lengthy investigation into the 26-year-old EMT’s death after she was fatally shot by LMPD officers during a search warrant at her apartment.

Cops executed the search warrant, which the Department of Justice said was filed with falsified information, at her home regarding her ex-boyfriend and suspected drug dealer, Jamarcus Glover.

Cops Falsified Information On “No Knock” Warrant At Taylor’s Home

Jaynes, who was fired last year, is also accused of adding a false statement on his sworn affidavit for the “no knock” warrant, according to officials.

He claimed he verified through a U.S. Postal Inspector that Glover had been having packages of illicit substances delivered to her apartment. However, Jaynes actually had received the information from a fellow officer, who himself had learned of the packages from Shivley Police, per NBC News.

Taylor’s death sparked widespread outrage and protests across the country.

Charges Include Unconstitutional Use Of Force, Unlawful Conspiracy, Obstruction Of Justice

The charges, which include unlawful conspiracies, unconstitutional use of force and obstruction of justice, were announced by on Thursday by Attorney General Merrick Garland and Assistant Attorney General Kristen Clarke.

“Breonna Taylor should be alive today,” Garland said. “The Justice Department is committed to defending and protecting the civil rights of every person in this country.”

Garland added that although Hankison was cleared of criminal charges for wanton endangerment earlier this year, he is still facing two civil right charges, according to the outlet.

Hankison is accused of firing shots through Taylor’s window and sliding glass door and had been the only officer charged in connection to Taylor’s death prior to Thursday’s announcement.

One Officer Lied To FBI, Investigation Into Misconduct By LMPD Remains Ongoing

Another indictment filed on Thursday alleges that Hankison fired ten more times after Taylor was shot, according to the outlet.

Court documents state that Jaynes and Goodlett “knowingly falsified” a document created after her death, and claimed that the pair had allegedly met in a garage in May 2020 to discuss telling investigators a false story to “cover up their unlawful conduct.”

Meanwhile, Sergeant Kyle Meaney reportedly “lied to the FBI” during its investigation into Taylors death, and has also been similarly charged.

Assistant Attorney General Clarke added that a civil investigation into the pattern of law enforcement misconduct by the LMPD remains ongoing.

Customer Shoots 2 Subway Workers After “Too Much Mayo” Argument