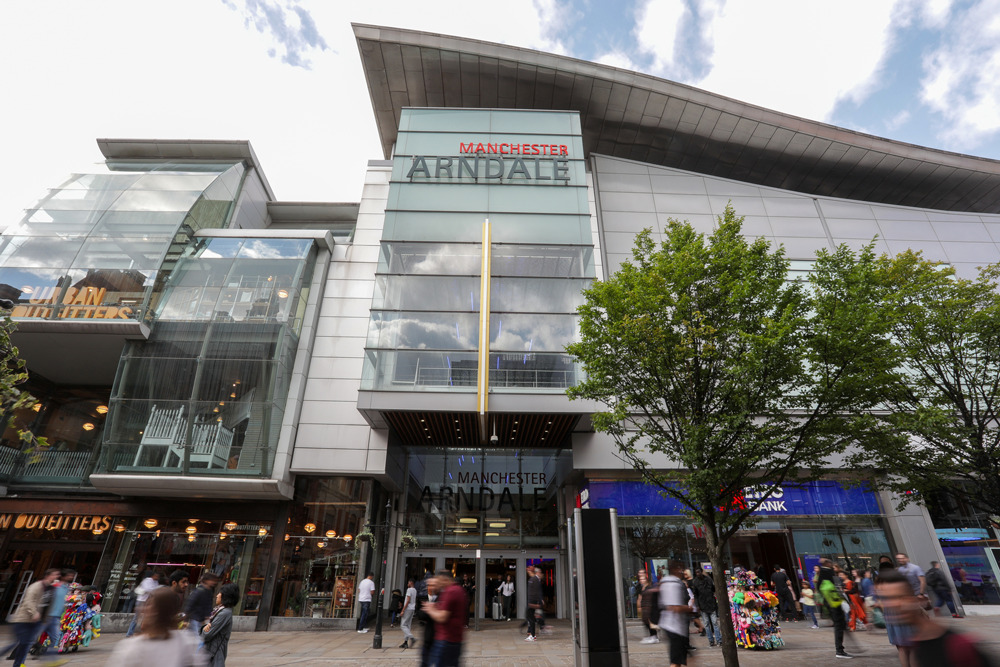 Gilly Hicks and Clarks snap up unit at Manchester Arndale

Manchester Arndale is delighted to announce that Gilly Hicks and Clarks will be moving into part of the former Topshop space, taking two newly created units. This coincides with the announcement that iFix and Pizza Hut will also be joining the line up while Hollister has recommitted its future to the centre, relocating to the former Disney Store unit.

The new Gilly Hicks store will be home to a range of activewear, loungewear and intimates. This will be Gilly Hicks’ first Manchester store, after it recently expanded its offering to include menswear and a gender-neutral collection.

Gilly Hicks’ new store coincides with its sister company Hollister moving to the former Disney Store unit. From the Abercrombie & Fitch Co. family of brands, Hollister will continue to offer its apparel, fragrances, and accessories to Manchester shoppers from this new location. Meanwhile, popular jewellery and glass wear producer Swarovski has also committed its future to Manchester Arndale after agreeing a new lease.

Clarks, the popular British footwear brand, will occupy a 3,551 sq ft unit on a 10-year lease and will be bringing their high-quality range of iconic footwear spanning formal shoes, boots, sneakers and sandals to the centre.  This will be Clarks’ only store in Manchester city centre and will be located in a prime position on New Cannon Street.

Gilly Hicks and Clarks will be joined by other new arrivals iFix and Pizza Hut who will also be adding to Manchester Arndale’s range of retailers and F&B outlets. iFix will provide in-store phone and electronic repair services, while Pizza Hut will be opening a new express takeaway outlet within Manchester Arndale’s Food Court.

This surge of leasing news follows the announcement that Manchester Arndale is now at 95% retail occupancy, confirming its position as one of the premier shopping destinations in the North West.

Colin Flinn, spokesperson for Manchester Arndale, said: “We are delighted that Clarks, Gilly Hicks, iFix and Pizza Hut have decided to join the line up at Manchester Arndale. Rather than try and re-let the whole of the former Topshop space, we made the decision to split the space, and create three new high-quality units in a prime location. This decision has proved correct as we have now secured two well-known tenants, with the last unit currently under offer, which shows that retailer demand for quality, well placed units remains high. We are equally pleased that Hollister and Swarovski have recommitted to Manchester Arndale, demonstrating confidence in the centre as we continue to attract and retain popular international brands and retailers.”

Nicolas Burquier, Managing Director, Pizza Hut Europe & Canada, says: “We’re excited to open a new Pizza Hut Express at the Food Court inside Manchester Arndale. As we continue growing Pizza Hut in the UK, we’re always looking for accessible ways to reach our customers and deliver our much-loved signature flavours in a way that works for them – and our Express arm allows us to do just that. Our customers will now be able to enjoy their favourite pizza either to takeaway or enjoy in the food court communal seating area. It’s the perfect place to relax and enjoy a bite to eat while shopping. We’re looking forward to welcoming our pizza fans in November, and for anyone looking for a job, keep an eye on our website.”

Fourth Inditex brand opens at Liverpool ONE in city debut