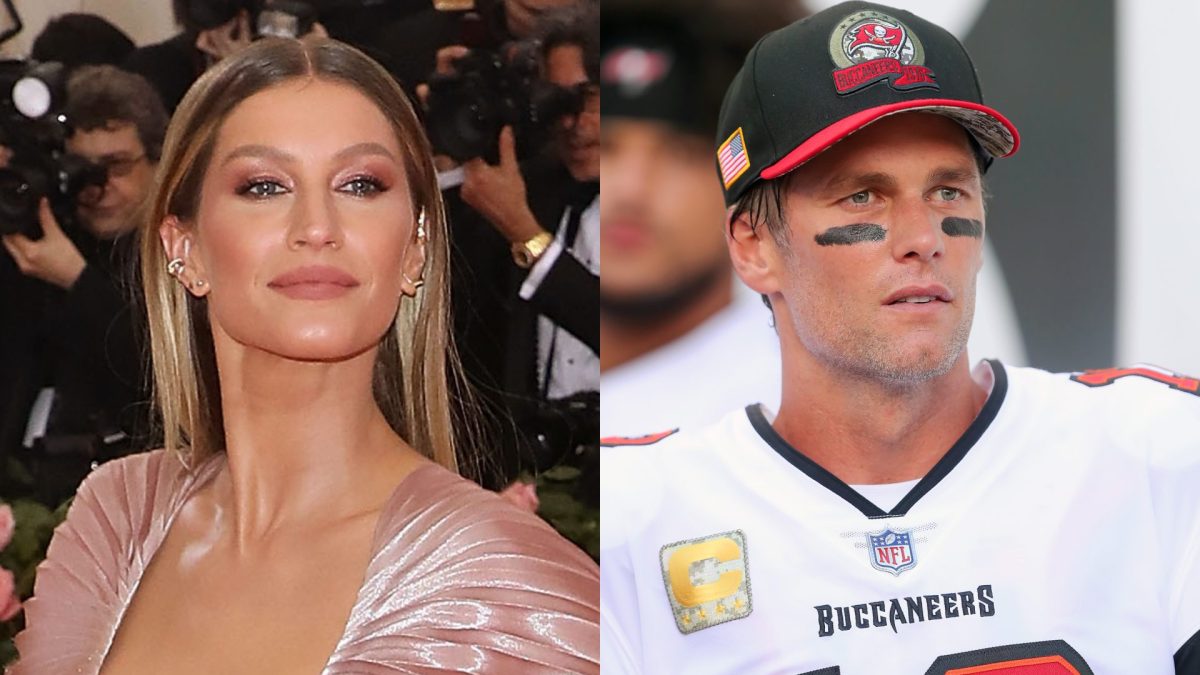 Not Gisele Bündchen pulling a Kanye West move! The supermodel reportedly secured an $11.5 mansion across the creek from Tom Brady’s home will soon stand.

According to Page Six, a source close to the couple spilled the beans on the real estate deal. And those sources say the decision is all good with her estranged husband because it’s for co-parenting reasons. The former share two children, Benjamin and Vivian.

Page Six reports that Gisele closed on the home on October 6 after first allegedly viewing it on August 16. Two days before that, Page Six also broke the story that Brady and Bündchen had retained divorce lawyers.

Divorce And ‘Bachelorette’ Family Home In The Same Month

Social media had long-speculated a split after Brady repeatedly committed to his NFL career rather than Gisele’s support for retirement. Bündchen filed for divorce on October 28 with no legal objections by Brady–and the divorce was finalized that day. After 13 years of marriage, a judge declared Gisele and Tom single from their “irrelatively broken” marriage, per docs.

Gisele purchasing a Miami Beach home just a lil’ boat ride or down-the-street drive from Brady isn’t too much of a surprise. Their divorce papers also said they had reached an agreement on their property and shared joint custody of Ben and Vivian.

The home is classic Miami-built sitting on an 18,400-square-foot with all the accessories. Page Six says it includes a home theater, a playroom for the kids, a gym, and a kitchen-to-patio situation! A photograph of the home’s backyard shows a pool deck with a grassy yard on the side and a fully functional dock.

Brady And Gisele Address Their Divorce

After their divorce was finalized, Gisele and Tom released statements on social media.

“We arrived at this decision amicably and with gratitude for the time we spent together,” Brady said. “We are blessed with beautiful and wonderful children who will continue to be the center of our world in every way. We will continue to work together as parents to always ensure they receive the love and attention they deserve.”

Gisele added, “The decision to end a marriage is never easy but we have grown apart and while it is, of course, difficult to go through something like this, I feel blessed for the time we had together and only wish the best for Tom always.”