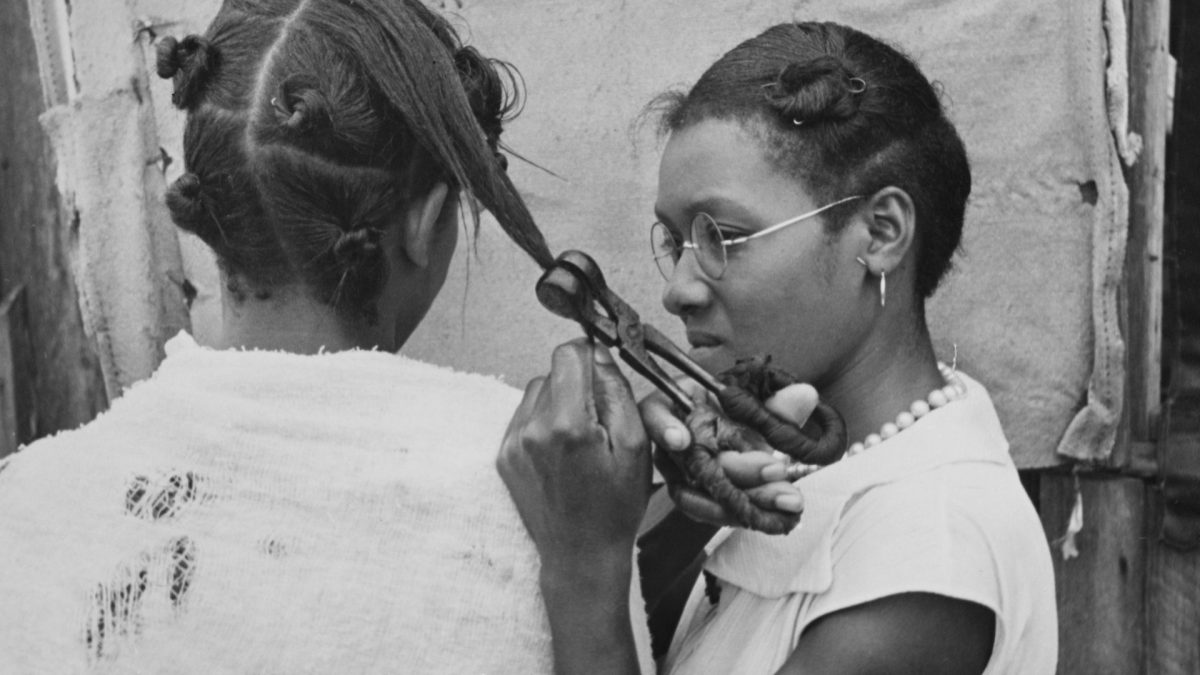 To some, having straight hair might be a style. However, for Black women, in particular, having relaxed, bone-straight hair is sometimes the difference between landing and losing an opportunity.

But, according to researchers at the National Institutes of Health, a recent study shows a link between straightening chemicals or relaxers and uterine cancer. This type of cancer typically begins in the lining of the uterus.

Previous research has shown an increased risk of hormone-related cancers like breast and ovarian influenced by hair straightening products, per CNN. And Black women are at an increased risk due to frequent use.

“We estimated that 1.64% of women who never used hair straighteners would go on to develop uterine cancer by the age of 70; but for frequent users, that risk goes up to 4.05%,” said Alexandra White, lead author on the study.

This new research is the “first epidemiologic evidence of an association between use of straightening products and uterine cancer,” per the study’s conclusion. Researchers published their findings on October 17, and per White, “the association was notably higher among Black women.” Still, the study’s findings also communicate that “uterine cancer is indeed rare.”

The recent study collected data from about 34,000 women between the ages of 35 and 74. Each person completed a questionnaire about using hair products like perms, dyes, relaxers, and straighteners. Researchers involved also tracked cancer diagnoses among the group.

The association between hair straightening products and uterine cancer was most prevalent among Black women. Despite only making up 7.4 percent of the study group, they landed at 59.9 percent for people who have used straighteners.

“Based off of the body of the literature in this area, we know that hair products marketed directly to Black children and women have shown to contain multiple chemicals associated with disrupting hormones, and these products marketed to Black women have also been shown to have harsher chemical formations,” study author Chandra Jackson said. “On top of that, we know that Black women tend to use multiple products simultaneously, which could contribute to Black women on average having higher concentrations of these hormone-disrupting chemicals in their systems.”

Nonetheless, the study did not collect information on particular brands or ingredients in the hair products used.

In an email to CNN, Dr. Otis Brawley, former chief medical officer of the American Cancer Society, commended the study but said it’s “unable to show cause; it could be pure association.”

Meanwhile, government officials are stepping in an attempt to put an end to hair-based discrimination. In March, the House passed the Crown Act to combat this issue by prohibiting discrimination based on hair texture or style. Under this act, discriminating against a person wearing their natural and protective styles, such as tight coils and curls, locs, twists, cornrows, Bantu knots, Afros, etc., will be illegal under federal law.

The act is now in the hands of the Senate. In addition, several states have adopted the Crown Act into state law, including Massachusetts, California, Colorado, New Jersey, New York, and Oregon.

Gilly Hicks and Clarks snap up unit at Manchester Arndale

Laverne Cox Reacts After Being Mistaken For Beyoncé While At The U.S. Open