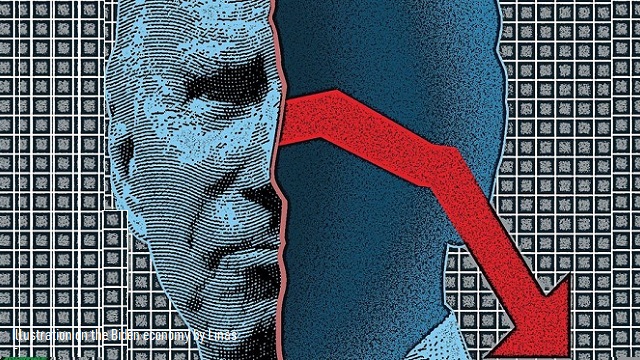 Voters overwhelmingly believe we are in or headed for a recession. Inflation and affordability are the top issue across the political spectrum.

NEW YORK, NY /PRNewswire/ — Stagwell (NASDAQ: STGW) today released the results of the July Harvard-CAPS Harris Poll, a monthly collaboration between the Center for American Political Studies at Harvard (CAPS) and the Harris Poll, a Stagwell research and insights firm.

Four in ten voters report feeling pessimistic about their lives over the next year in the face of historic inflation levels and data suggest we are looking at another hyper-partisan election cycle. The topics surveyed in this month’s poll include the political impact of Roe vs. Wade, voter views on the Biden administration energy policy, the January 6 hearings, and the 2024 presidential election. Download key results here.

“Democrats can still hold onto hope ahead of the midterms, with the race a dead heat despite President Biden’s approval rating being at a historic low and nearly half of Americans believing the country is currently in a recession,” said Mark Penn, Co-Director of the Harvard-CAPS Harris Poll. “Looking to 2024, most voters are still open to a moderate independent candidate, but among Republicans, Florida Governor Ron DeSantis is solidifying his status as the second choice. In these divided times, voters themselves seem to be holding contradictory opinions on issues such as energy policy and Trump’s legal culpability in the January 6 riots.”

GOP ON THE RISE AS ECONOMY STRUGGLES

2022 MIDTERMS ARE IN DEAD HEAT, WITH INFLATION AND ROE VS. WADE AS THE DRIVING CONCERNS

VOTERS SEEKING FRESH CHOICES ON THE BALLOT IN 2024

THE U.S. ON A GLOBAL STAGE – TAIWAN

The July Harvard-CAPS Harris Poll survey was conducted online within the United States from July 27-28, 2022, among 1,885 registered voters by The Harris Poll and HarrisX. Follow the Harvard CAPS Harris Poll podcast at https://www.markpennpolls.com/ or on iHeart Radio, Apple Podcasts, Spotify, and other podcast platforms.

About The Harris Poll

The Harris Poll is a global consulting and market research firm that strives to reveal the authentic values of modern society to inspire leaders to create a better tomorrow. It works with clients in three primary areas: building twenty-first-century corporate reputation, crafting brand strategy and performance tracking, and earning organic media through public relations research. One of the longest-running surveys in the U.S., The Harris Poll has tracked public opinion, motivations, and social sentiment since 1963, and is now part of Stagwell, the challenger holding company built to transform marketing.

About the Harvard Center for American Political Studies

The Center for American Political Studies (CAPS) is committed to and fosters the interdisciplinary study of U.S. politics. Governed by a group of political scientists, sociologists, historians, and economists within the Faculty of Arts and Sciences at Harvard University, CAPS drives discussion, research, public outreach, and pedagogy about all aspects of U.S. politics. CAPS encourages cutting-edge research using a variety of methodologies, including historical analysis, social surveys, and formal mathematical modeling, and it often cooperates with other Harvard centers to support research training and encourage cross-national research about the United States in comparative and global contexts. More information at https://caps.gov.harvard.edu/.

Stagwell is the challenger network built to transform marketing. We deliver scaled creative performance for the world’s most ambitious brands, connecting culture-moving creativity with leading-edge technology to harmonize the art and science of marketing. Led by entrepreneurs, our 12,000+ specialists in 34+ countries are unified under a single purpose: to drive effectiveness and improve business results for their clients. Join us at www.stagwellglobal.com.

Biden’s approval numbers are so low even Democrats are worried

Rise and Fall of Fauci Illustrates Death of ‘Expertise.’ Death by Suicide, That Is.