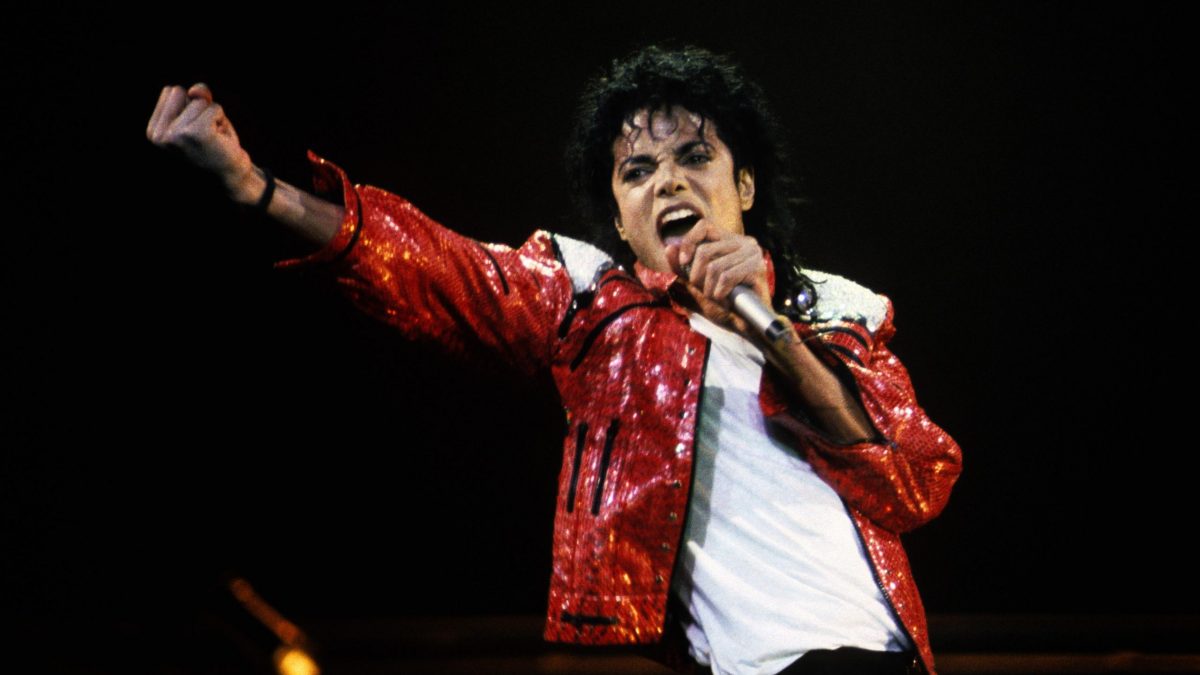 Pop music icon Michael Jackson would have turned 64 years old today, and in honor of the belated King of Pop’s birthday, The Shade Room is breaking down five of his most iconic moments.

After lending his hit song “Beat It” to a campaign against drunk driving, Jackson was rewarded with a Presidential Special Achievement Award by President Ronald Reagan in 1984.

Photos show the King of Pop as he received the prestigious award, which was presented to him by then-President Reagan and his wife, First Lady Nancy Reagan.

“Beat It” went on receive the 1984 Grammy Awards for Record of the Year and Best Male Rock Vocal Performance, as well as two American Music Awards.

When he wasn’t busy singing, Jackson was a prolific dancer in his own right, and his patented dance moves have since come to define those of the MTV generation.

Whether it was the lean, the moonwalk, or even the crotch grab, MJ captivated and dazzled audiences with his well-timed and well-executed choreography, many of which undoubtedly evoke the late pop star whenever performed.

Take a look at The Shade Room’s breakdown of his six most iconic dance moves below!

His album “Thriller” basically reinvented the standards of commercial pop success after it was released 40 years ago back on November 30, 1982.

It debuted at number one and contained a whopping seven top 10 hits on the Billboard Hot 100, led by tracks like Billie Jean,” “Beat It,” and the titular title track. The album cemented Jackson’s legacy as an entertainer, and made him the first artist to win eight Grammy Awards in a single night.

Thriller would remain at the top of the charts for nearly 40 weeks, which was another first, before skyrocketing back to number one after it’s infamous music video was released a year later.

The records continues to be the world’s best selling album, with conservative estimations sitting at around 66 million according to the Guinness Book of World Records.

Jackson’s hair caught on fire in an infamous accident while filming a Pepsi commercial back in January 1984, and was rushed to Cedars-Sinai Medical Center in Los Angles with second and third-degree burns.

The incident eventually gained worldwide attention, and remains a seminal moment in the King of Pop’s career.

Jackson went on to receive a massive compensation payout from the soft drink company, and several years later in 1988, then-Pepsi President Roger Enrico and Jackson attended a press conference where the two donated a check for $600,000 to The United Negro College Fund, per Jackson’s request according to reports at the time.m

Michael Jackson and his then-Lisa Marie Presley famously opened the 1994 MTV Video Music Awards show with Michael saying, “I’m very happy to be here, and just think nobody thought this would last,” followed by an uncomfortable onstage kiss.

A year later at the 1995 VMAs, Michael and sister Janet Jackson took home three awards for their video for “Scream.” In addition, Michael performed a fifteen-minute medley of his main songs.

To honor her brother’s birthday, LaToya Jackson posted a clip of his classic 1995 VMA performance to her Twitter on Monday.

I recall you sitting at your television crying saying I didn’t win Not 1 award.
And then you said “Watch Me”I’m gonna win every ward & they’ll all come begging for me! And They Did!#VMAs 1995 Such a stellar performance! Happy Birthday😘 #MichaelJackson #KingOfPop #FKOP #GOAT𓃵 pic.twitter.com/HllFWCsEMU

Jackson would eventually pass away at the age of 50 on June 25, 2009 in his California home, after suffering from cardiac arrest caused by a tragic and fatal combination of drugs given to him by his personal doctor.

Roommates, what are some of your favorite Michael Jackson moments?

With Midterms Around Corner, Here Are 10 Worst States for Voters

Biden Administration To Cancel An Additional $3.9 Billion In Student Loan Debt For Over 200,000 Students Who Attended ITT Technical Institute