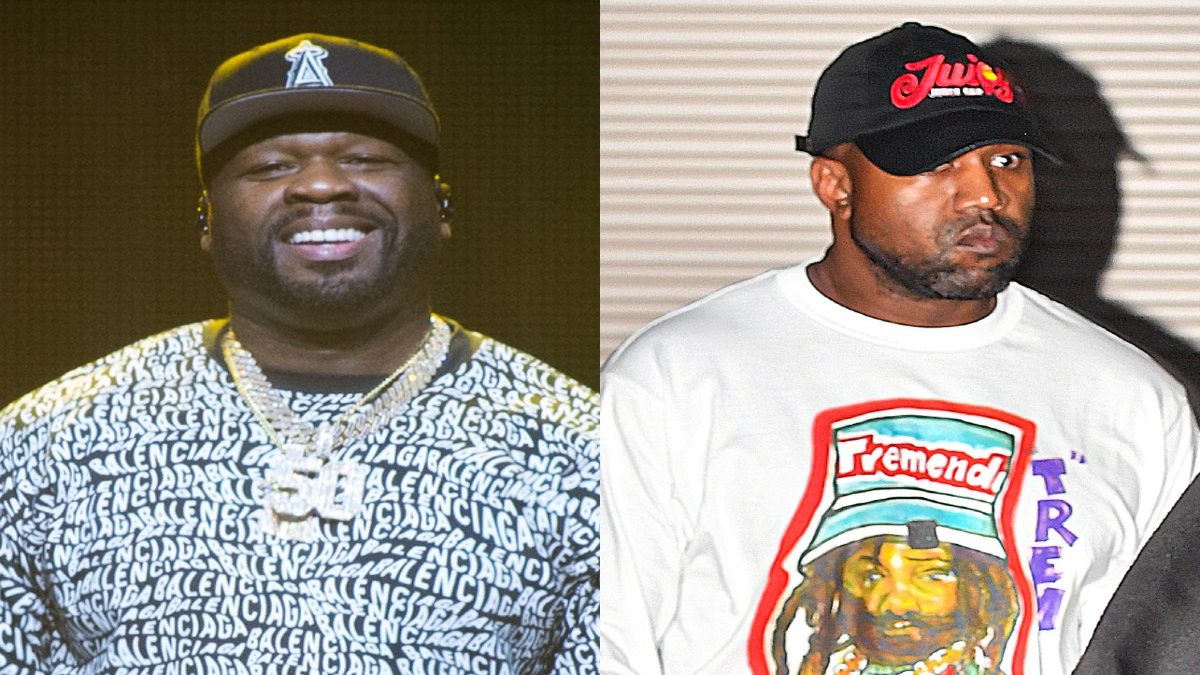 Kanye West’s peers seem to be split about the controversial comments he recently made concerning Jewish people and the Black Lives Matter movement. 50 Cent, however, is showing the Yeezy designer some compassion!

Fif joined the Ebro In The Morning show to discuss his recent projects and drop some gems, when host Peter Rosenberg posed the question, “When you watch the whole Kanye thing play out, what are your thoughts on sort of the monolith, the way he sort of has been describing Jews as this big agenda?”

50 Cent, who mentioned that he has “relationships with all kinds of Jewish people,” responded that he isn’t holding Ye’s comments against him.

I think Kanye West is in a dangerous area. I forgive him for the things he said. There is nothing for me to say about it. I watched take place and I just looked and I was like ‘yeah that’s him doing what he does. What Kanye would do.’”

As we previously reported, Ye sparked controversy after he made harmful comments about the Jewish community in a tweet saying. “I’m a bit sleepy tonight when I wake up I’m going death con 3 on JEWISH PEOPLE. The funny thing is I actually can’t be Anti Semitic because black people are actually Jew also You guys have toyed with me and tried to black ball anyone whoever opposes your agenda.”

Ye’s tweet was removed and shortly after, he appeared on an episode of ‘Drink Champs,’ which was also taken down. During his conversation wit Noreaga, Kanye alleged that George Floyd died from a fentanyl overdose, as opposed to the police brutality he experienced on the day of his passing.

George Floyd’s family filed a $250 million lawsuit against Kanye as a result.

“This Is A Character Assassination Issue”