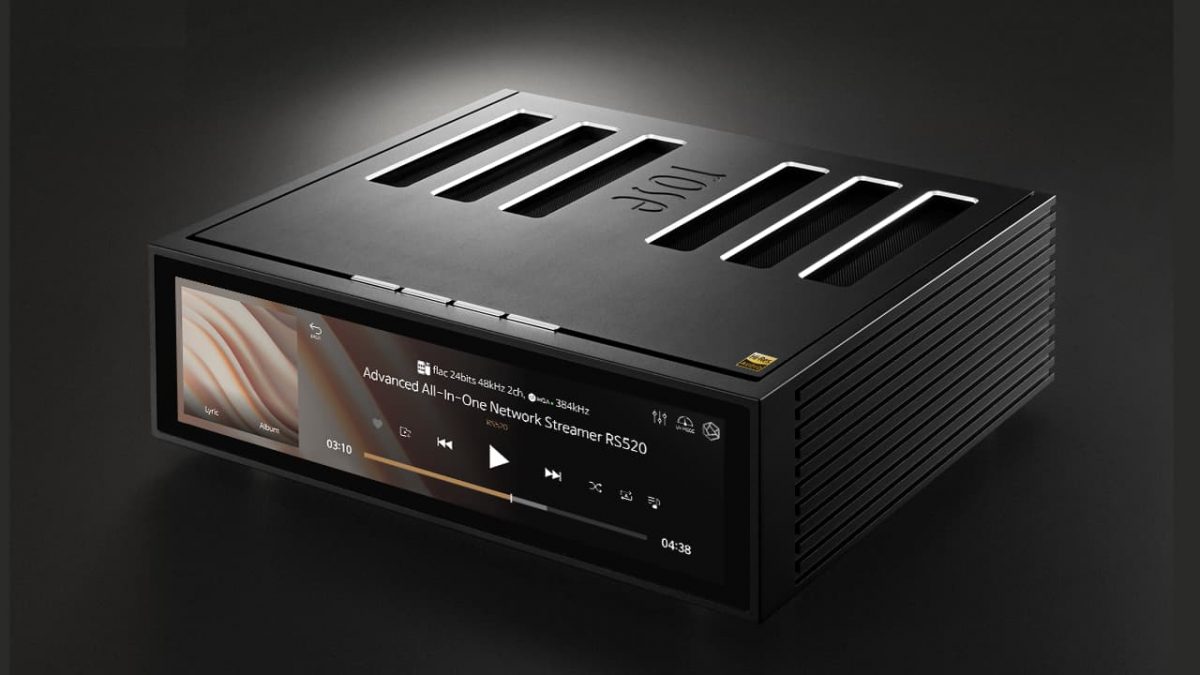 We found a lot of things to love about the HiFi Rose RS201E Streaming Amplifier in 2021. The touchscreen display and UI became more usable after 6 firmware updates (over many months) and we were thrilled when Qobuz became a native application on the platform.

The unit demonstrated superb Wi-Fi stability in a home filled with wireless devices that are always competing for bandwidth. That might sound trivial, but I’ve reviewed far more expensive media streaming devices that struggled with such a task.

The flexibility and connectivity options made it a no-brainer to make it the hub of our master bedroom listening system connected to a NAD amplifier that drives a pair of Wharfedale Diamond 10.1s. The fiddly toggle switch has become a point of fixation for the dog and I’ve had to wipe it down 3 times already. Stop it Tyrion.

The internal power amplifier was a tad lean sounding for my tastes with the rest of the system, and it could certainly use a larger screen and additional power — which I always found odd considering the parent company, Citech, is a Korean IT software company that also manufactures and sells interactive retail kiosks.

The newly announced HiFi Rose RS520 appears to incorporate all of the items on my wishlist in a rather attractive looking case with a much higher price tag as well.

Wendy Knowles of Naim & Focal is dreading my call on Monday.

What makes the RS520 streaming amplifier interesting is that it blends technology from two of their existing products; the RS150 streaming DAC and RA180 integrated amplifier.

ORT (eCoustics’ resident linguist and media maven) is going to put down his coffee when he discovers that the RS520 will be utilizing an MQA-capable ES9038PRO-based decoder as its digital heart. The DAC supports up to 32-bit/768kHz PCM and DSD512.

Just use Qobuz my friend. It’s all going to be okay.

The RA180’s Class AD GanFet-based amplifier is specified to output 250wpc into 8 ohms which makes it more powerful than the Naim Uniti Atom and NAD M10 V2.

We still consider the Naim Uniti Atom and NAD to be two of the best streaming amplifiers available and the RS520 will have to offer a better experience than either one to be competitive in the category at almost £3399 (still awaiting the final USD/CDN pricing).

Connectivity was a strong suit of the RS201E and HiFi Rose is throwing everything but the kitchen sink at the RS520; the network amplifier will be Roon Ready, and support Spotify Connect, Apple AirPlay, and offer its own OS. TIDAL, Qobuz, Apple Music, and BUGS are all supported natively.

The RS520 also includes an HDMI-eARC input which will make it even more attractive to those looking to build a 2.1 music/home theater system in their living room or den.

There is no subwoofer output, so you might have to look at something like a REL subwoofer with its connection system to make that work.

The RS520 can also be used as a preamplifier or digital source (USB, Coaxial, Toslink) which allows you to run it into a DAC or even active loudspeakers with its own internal DAC.

The 12.6″ 1920 x 515 touchscreen is an upgrade over the unit HiFi Rose uses in the more affordable RS201E, and we rather like the new on-screen EQ feature that is a throwback to stand alone equalizers of the 1970s.

One of the biggest changes to the RS520 is an updated version of the ROSE Connect app; the single biggest flaw in the RS201E was the control app; it was clunky and not very responsive and often confusing to navigate.

A quick look at the new app reveals a much slicker interface that is more responsive and we suspect that they have borrowed some design cues from Roon as inspiration.

Naim and NAD have the advantage on the front and I’ve never struggled to use the Naim app or NAD’s BluOS with their own streaming amplifiers, Bluesound NODE, and Pulse Flex wireless loudspeakers.

The RS520 has the potential to challenge the Uniti Atom for the Iron Throne but I wouldn’t bet against Naim right now.

Does This Outfit Make You Turn Your Head?’: Parent Dons Drag Queen Attire At School Board Meeting

SME Model 60 Turntable: Begun the Flagship Wars We Have