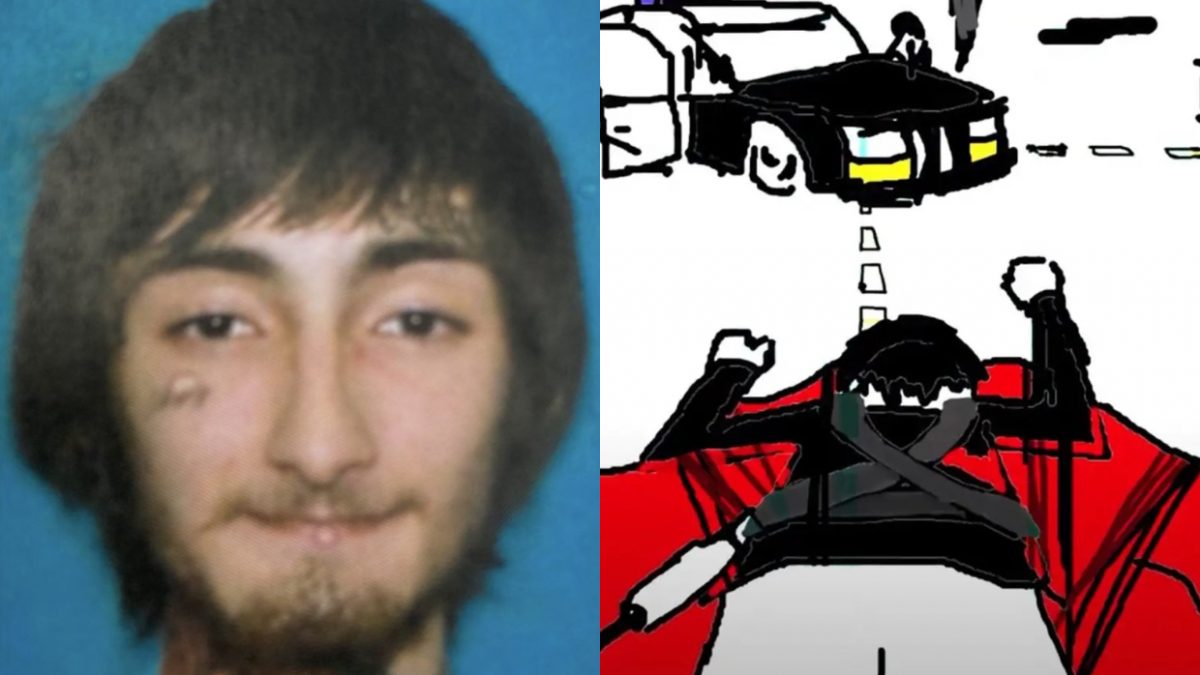 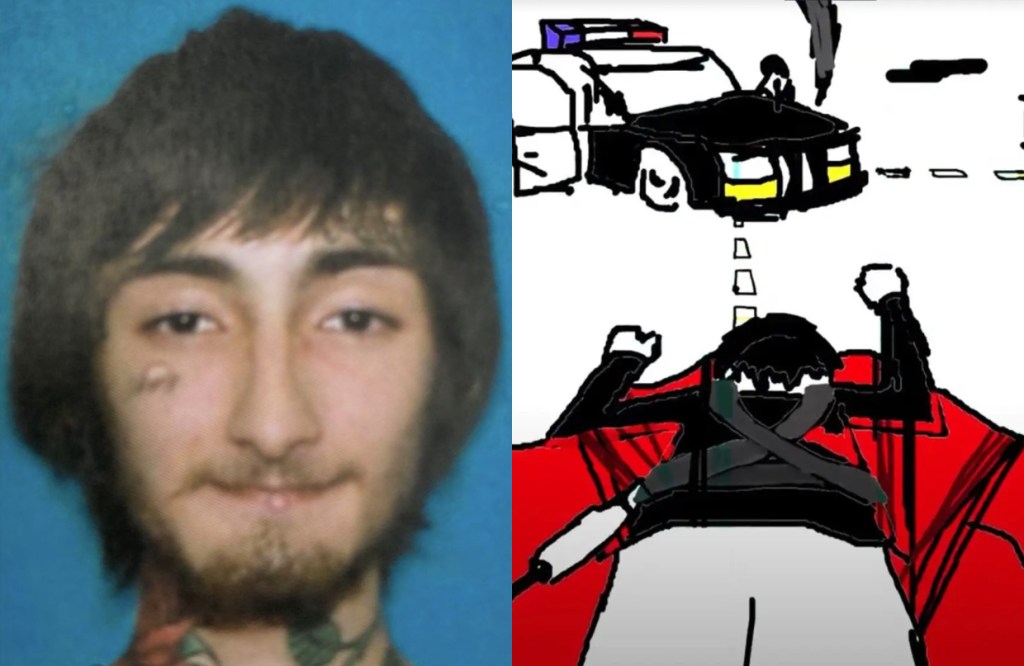 The man charged in the deadly Highland Park shooting left behind some disturbing social media posts before the mass killing. Robert “Bobby” Crimo III, 22, the man authorities say is responsible for the deadly shooting, is being charged for killing six and injuring dozens of people during a Fourth of July parade in Illinois.

The suspect, who performed as “Awake the Rapper,” shared alarming drawings of him getting shot and killed by cops in a music video shared on his youtube channel. In another image, a man is seen holding a rifle as someone appears dead on the ground, and another person is standing hands up as the gun is pointed toward him. His youtube channel, which was found by people concerned about the mass shooting online yesterday, has since been deleted.

Crimo also attended a rally for former President Donald Trump last year, a photo posted on Twitter shows. The suspect was wearing what appeared to be a “Where’s Waldo?” costume while standing in front of people hoisting Trump and “Blue Lives Matter” flags, according to a picture posted to Twitter on Monday evening, hours after Crimo had been taken into custody.

A second photo deleted along with his Twitter account shows Crimo wearing a Trump flag as a cape, appearing to be laughing.

On several of his social media accounts, Crimo also shared a recurring symbol for a Finnish white supremacist, Nazi-type organization called Suomen Sisu says Tariq Nasheed. The emblem appeared on his youtube, Twitter, and discord channels. They also popped up in the drawings on his music videos before the images were scrubbed off the internet.

In another instance, Crimo was wearing the alt-right mascot, Pepe the Frog, on his shirt. Another known hate symbol.

So this doesn’t look like the work of a “lone wolf”. pic.twitter.com/2HLIJ4OMlF

No motive has been offered by officials as of Tuesday, but victims ranged in age from eight to 85, which at least four or five children among those shot during Monday’s mass shooting.

The 351st Mass Shooting Nationwide This Year To Date

There have been 351 mass shootings nationwide this year after Monday, in incidents where at least four people were shot, killing over 400 total and injuring another 1,300, according to iNews.UK.

The Shade Room had reported Crimo was taken into custody after he was named as a person of interest in the Highland Park shooting that claimed the lives of six people and at least 36 injured. The shooting occurred during a Fourth of July parade, and officials say they believe shots were fired from a nearby rooftop where a high-powered rifle was later recovered.

ABC News reports that officials say a North Chicago police unit spotted Crimo riding in a matching vehicle that they were looking for, which was a 2010 silver Honda. Following a traffic stop, Crimo led officers on a brief chase before surrendering.

“Right away he was surrounded by the police. They came from either side of the highway to surround him. It ended with him getting on his knees and getting arrested by cops. It was surreal, I didn’t know what I was seeing.”

Robert “Bobby” E. Crimo III taken in Alive. Don’t tell me we don’t have a problem with race in this country. #JaylandWalker killed no one and got shot 60 times. pic.twitter.com/Kbw5Wy3bEG

The parade, which had been in celebration of the Fourth of July, was about three-quarters of being complete when the gunfire occurred. Causing people to run frantically towards safety. Five victims, all of which were adults, died at the scene, and a sixth victim died at the hospital. One of the victims has been identified as 78-year-old Nicolas Toledo.

There were about 31 people that were taken to The NorthShore University Health System. Most of them suffered from gunshot wounds, others were injured in the chaos that followed after gunshots occurred.

Vice President Kamala Harris spoke out after the tragedy and tweeted,

“Doug and I are praying for the dozens of people who have been hospitalized and those who were lost today in Highland Park, Illinois. This shooting is an unmistakable reminder that more should be done to address gun violence in our country.”