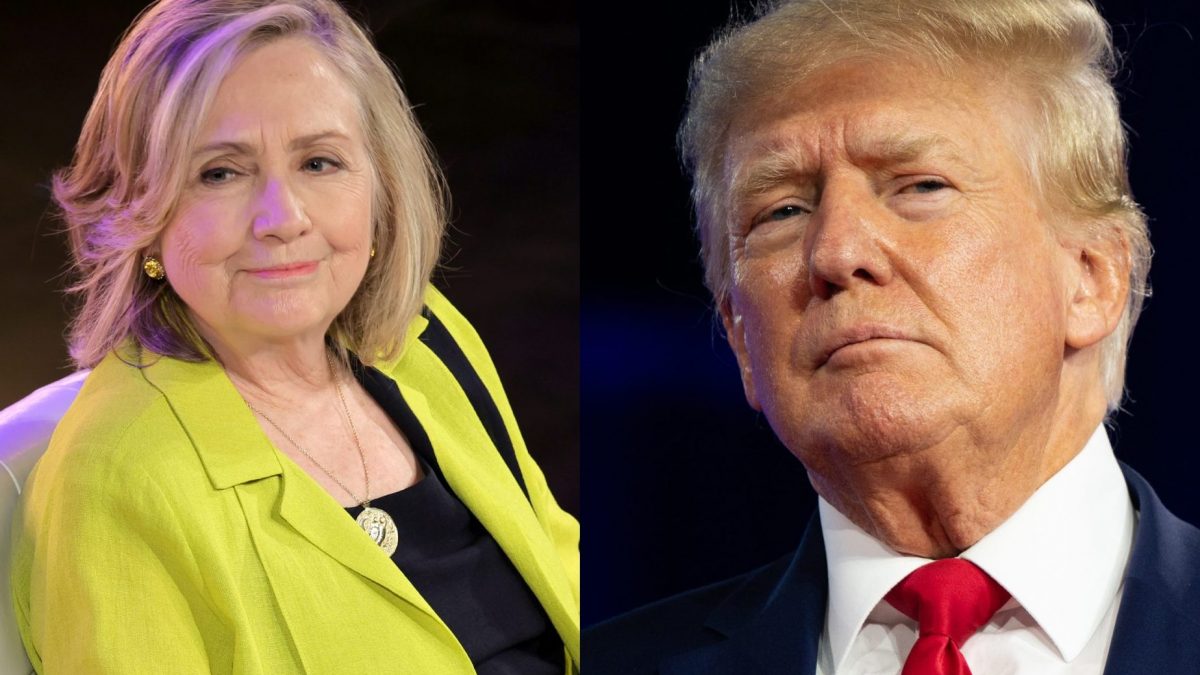 Chile! Not Hillary Clinton throwing shade at Donald Trump after the FBI raided his home. The 2016 presidential candidate shared images promoting her merchandise, saying, “But Her Emails.” Hillary shared the post on her socials with the caption,

“Every ‘But her emails’ hat or shirt sold helps Onward Together partners defend democracy, build a progressive bench, and fight for our values. Just saying!”

If you recall, Hillary faced backlash over her use of a personal email server while secretary of State. According to The Hill, Mrs. Clinton’s emails were subject to numerous investigations, including by the FBI, which declined to charge her with violating federal records-keeping requirements or other crimes.

This isn’t the first time Hillary has promoted her merchandise. Reports show in February, the former secretary of State sold hats with the exact phrase following Donnie disposing of documents in the toilet of the White House.

Get into this tea. In her book, New York Times White House correspondent Maggie Haberman reported that staffers at the White House regularly found ripped-up printed paper clogging a toilet in the presidential residence while Donald was in office. In addition, staff believed that he was flushing pieces of paper down the toilet, says Maggie.

The nation’s former leader denied the claim saying it was “categorically untrue” in a statement and that it was “made up by a reporter in order to get publicity for a mostly fictitious book.” Currently, Donnie has more significant issues to be worried about. Outside of the FBI, a federal appeals court signed off on a House Ways and Means Committee request to obtain his tax returns from the Internal Revenue Service (IRS).

Roommates, do you think Hillary was petty for her post?