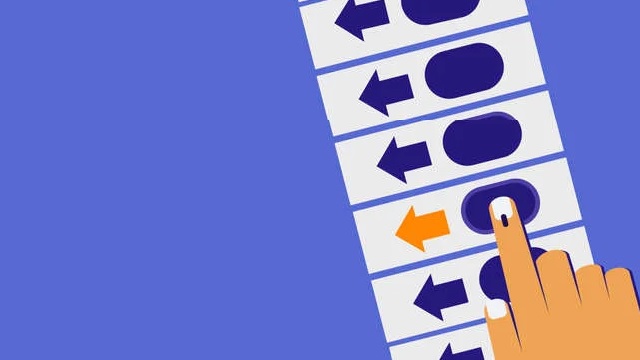 Strange stories about voting machines continue to surface in the news.

Voting machines in Rhode Island displayed the names of 2018 candidates in a 2022 election, and misspelled another candidate’s name.  Voters who used the machines were disenfranchised.

In Alabama, voting machines in two counties accepted Xerox copies of ballots while the machines were being tested, and machines in seven precincts showed more votes than voters.  Who programmed it to do that?

An Arizona Corporation Commissioner sent a letter to all election officials in the state asking that they stop using voting machines.  He said the machines are unreliable and vulnerable to attack, citing the case of a hand recount revealing a 62 percent error rate in tabulation machines.  Who programmed the tabulator so it couldn’t even add?  Even simple hand-held calculators can add.

A New Mexico county refused to certify the results of a primary election this year because of distrust of machines, but was ordered by the state Supreme Court to do so.

Citizen investigators found machines flipped the results of 2020 Supreme Court Justice races in Michigan, throwing the Court to the Democrats.  The investigators also found voting systems in two states had the easily cracked password ‘123456’ and had Microsoft SQL software in three states which is unnecessary and allows data to be manipulated.

If you find it hard to believe voting machines flip votes, listen to this: An official post-election audit in Kansas uncovered the fact that thumb drives inserted into voting machines during an election flipped votes from one candidate for county commissioner to another who was initially mistakenly declared the winner.  The company said it was a programming error and, supposedly, no other races were affected.  That was some error.  Who sat down and wrote a computer program for the machines to flip votes?   Doesn’t sound like an accident to me.

So what happens when there are questions about machine results but the Secretary of State gets to certify the results of his own election and declare himself the winner?  It happened in Georgia where citizen investigators monitored the voting in one precinct and found Secretary of State Brad Raffensperger got 53 percent of the vote in the GOP primary, but the machines gave him 68 percent of the vote.  That one is being contested with a request to look at the actual ballots.

Trust in elections will not be rebuilt until vote-flipping and other documented problems with voting machines get resolved and stories like these stop appearing.  It doesn’t help that all of this is a black box and the machine manufacturers scream bloody murder about proprietary information whenever citizens want to look inside their machines to see what is really going on when things don’t add up.  Top Democrats like Barack Obama and Kamala Harris are on record expressing concerns about voting machines.   Concerns from that side of the aisle about machines date back to at least 2003 but, nowadays, Democrats for the most part embrace voting machines and dismiss any questions that get asked as crazy-talk.  Gee, I wonder why.  The lady doth protest too much.