Home > Entertainment > “How Does It Feel” To Be Doechii & SZA? 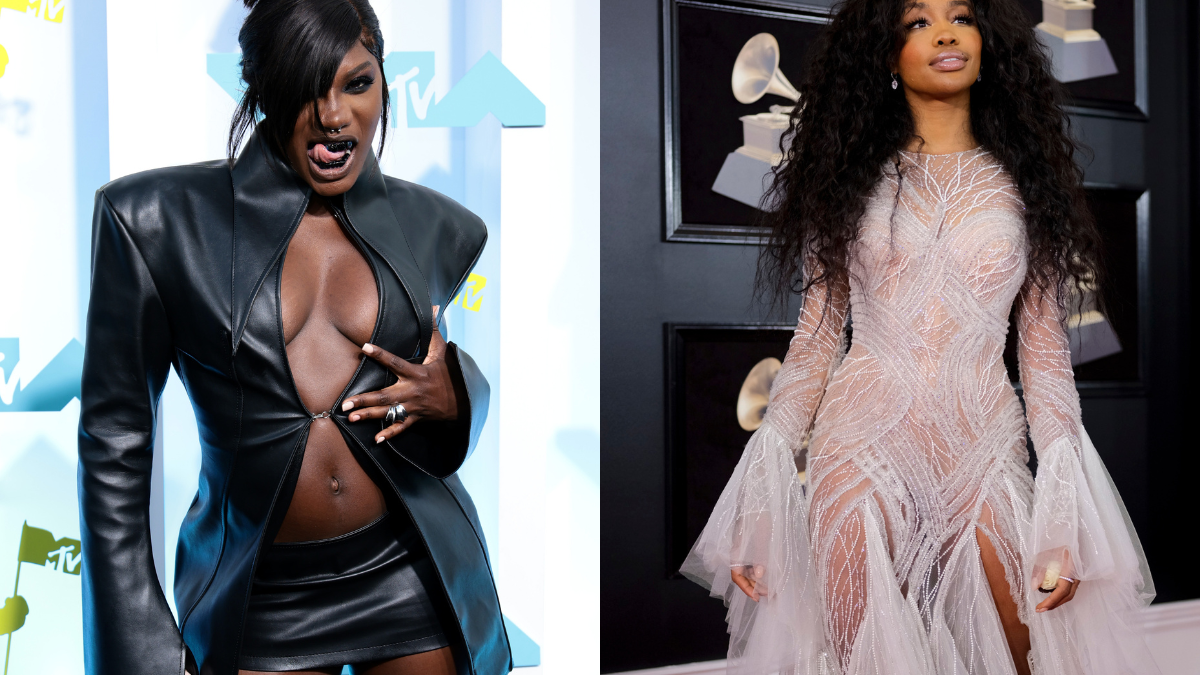 Doechii and SZA gave what needs to be given in their recent collab, and we are here for it!

How The Collab Began

In a July Instagram Live, Doechii shared that she was surprise when her team told her that they had secured a collab with SZA for the remix of her hit song, “Persuasive”.

Now while we aren’t sure of all the details, SZA did say on the live that she had been asking Doechii to send her music for awhile now.

During this live, they gave each other flowers as they prepared to share an exclusive listen and debut to their first collab together. Doechii continued to reiterate how much she loved SZA’s verse.

“The way she slid on it. Y’all gone understand when y’all hear it!”

Reactions To The Remix on Social Media

And, it looks like the fans agreed. Because since remix dropped in late July, over 16,000 TikTok videos have been created of the single.

Even Twitter has been in a frenzy since Doechii dropped a behind-the-scenes look at their music video in mid-August on TikTok. The both of them were dripped in gold in front of a black G-Wagon giving black girl magic in its purest form. 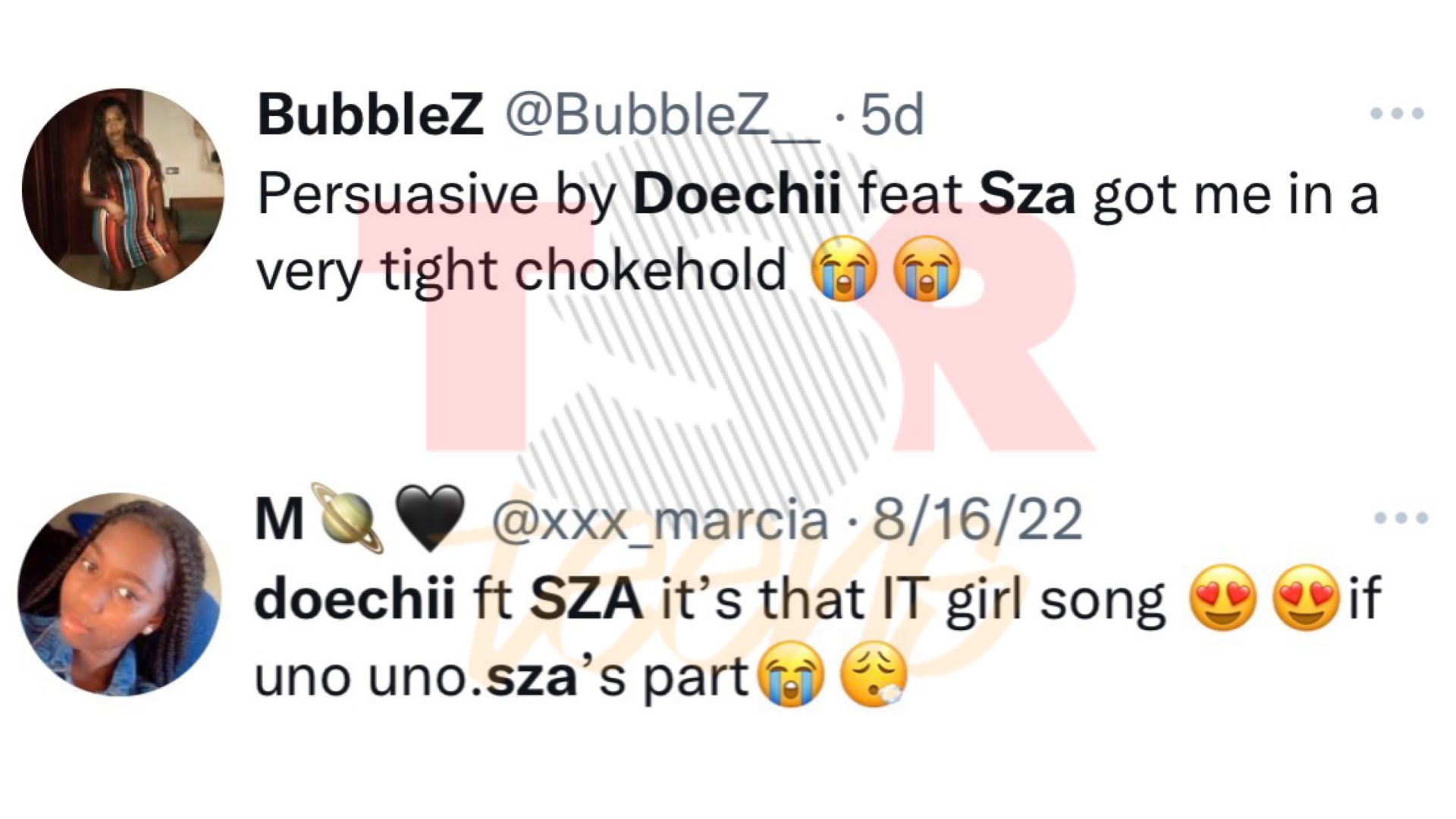 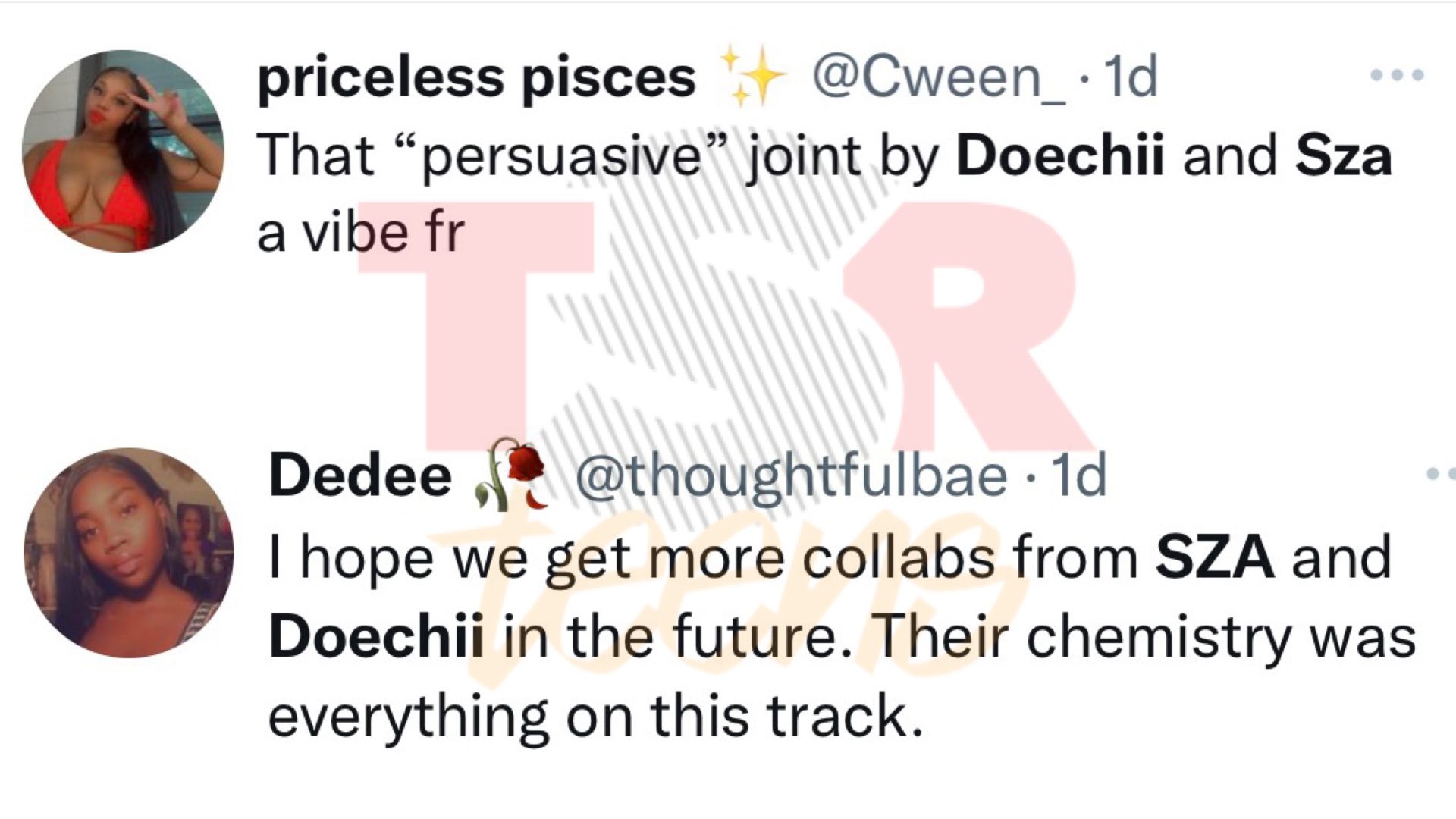 Doechii Making Waves In The Industry

This isn’t the first time we’ve seen Doechii cut up, and we are sure it won’t be the last.

Remember her BET Awards performance from this year? Sis had an infamous hair switch up that left us in awe while she performed two of her hit songs “Persuasive” and “Crazy”, and she even received support from the audience, including our favorite duo ChloexHalle.

Her performance was on fire… literally!

Fans have been obsessed Doechii and her single, even before the remix came about, creating dancing, vibing, strutting, fashion and makeup tutorial TikToks to show their support. She even received cosigns from celebs, like Sam Smith and Tami Roman.

Sis, has not come to play since she took over TikTok with her song “Yucky Blucky Fruitcake” in 2021, and later signed with Top Dawg Entertainment (TDE) and Capitol Records in 2022. She even secured a spot in XXL Magazine’s 2022 Freshman Class.

Tomorrow, Doechii and SZA will release the music video for the “Persuasive (Remix)”. Continuing with her edgy looks and hair switch ups, Doechii has clearly understood the assignment. And, SZA has taking goddess to whole ‘nother level in this new project.

Check out the first look here:

Roommates, are you ready for this to drop?

Voters in These 4 States to Decide Abortion Law at Ballot