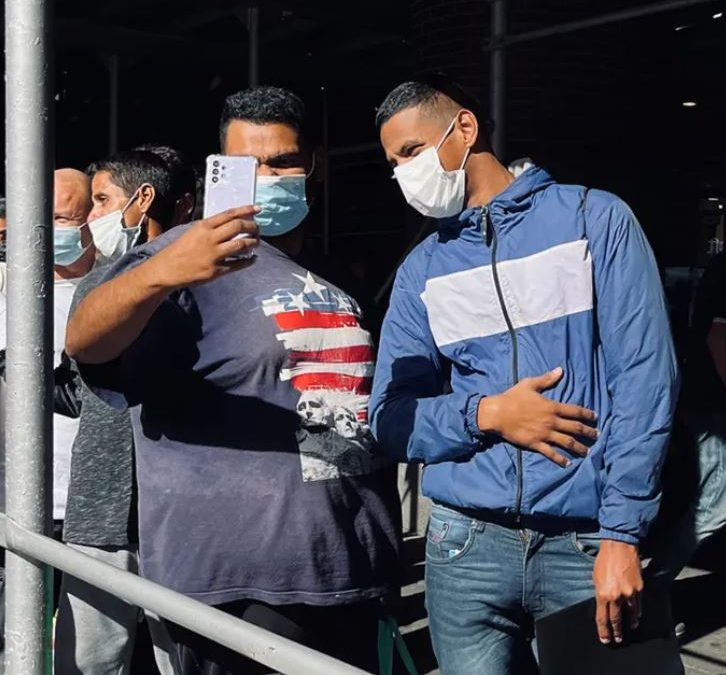 By Todd Bensman as originally published August 19, 2022 by the New York Post

Gov. Greg Abbott is busing hundreds of illegal border-crossers to New York, but those hundreds will become thousands for one reason: selfies.

Smart-phone technology is a massive driver of migration, sending the message to Central and South America of “wish you were here.”

People in Guatemala, Honduras and Venezuela use their phones to plug into chatrooms and social media networks that serve as a real-time intelligence network.

The network reports up-trail conditions, border crossings, violence, smuggling fees, and especially the availability of free stuff like clothes, food and shelter to those who are still down-trail. The intelligence networks don’t just tell with text. They show. Often with photographs and video of real people from the bus stations, on the buses, and in the shelters with their handouts, checks, documents and new clothes.

I know this because I have met and interviewed thousands of US-bound immigrants while they were on the trail to the US border, and at the border who have told me repeatedly of their heavy reliance on the phone network.

I’ve rarely met a supposedly impoverished US-bound migrant without a modern cellphone fully connected to the Internet and social media. There they were again, I noticed, in news photos of immigrants in New York homeless shelters.

They have invited me into their chat groups where policy news and border-crossing openings are openly reported and discussed. They have showed me the selfie content that their friends, neighbors and countrymen created as they documented their good fortune of being freed into America with documents handed to them by Border Patrol. In early June, I was in Del Rio, Texas, watching scores of immigrants fresh from the Rio Grande board charter buses to cities all over America create selfie videos of themselves smiling with thumbs up next to the buses.

One Cuban who I watched make a selfie of himself standing next to the Greyhound bus he was about to board to Georgia told me it was one of several he sent to his brother still in Havana. That brother would soon be on his way now, too, he said.

If immigrants are showing up to the same New York homeless shelters and nonprofit storefronts where free goods and assistance is being handed out, you can be sure that all of that information is making it back to the Texas border and beyond, influencing decisions to head for the Big Apple on Abbott’s buses.

If knowledge is power and a picture worth a thousand words, no clarion call has more influence on migrant decisions and action than video selfies loosed from cellphones. This is what launched and sustained the greatest mass migration crisis in US history, when Biden’s policies made it into chatrooms that offered ground truth amid smoke, fog and mirrors.

When Vice President Kamala Harris during a state visit to Guatemala last June beseeched immigrants, “Do not come! Do not come. If you come to our border, you will be turned back,” the traveling immigrants simply checked their phones and saw the selfies of their friends, neighbors and relatives being let in and confidently surged forward in even greater numbers.

When DHS Secretary Alejandro Mayorkas told CBS News in a March 2021 interview that parents should not send their kids to cross the border alone because the trip was dangerous and that the border was closed, the selfies flowed showing quite the contrary. These showed how the Americans were providing every conceivable means of material support to every detained minor who crossed alone.

The phones then reported how the Americans were tracking down relatives and providing free chaperoned government air transportation to reunite them in the city of their choices.

The video selfies showing happy child reunions with relatives inside the United States, including thousands in the New York area alone. It was all too much to resist, no doubt prompting a great many of the record-smashing 255,584 journeys of unaccompanied minors apprehended since Biden’s inauguration.

Know that this is how things really work out there.

That is what first came to mind when I read that New York recently gave charity cash and otherwise rolled out the red carpet to a group of migrants — including identical, brand-new black backpacks and new clothing.

Trust that the entire Latin America world was watching — on their cellphones.

The Border Goes North, and Blue City Mayors Melt Down