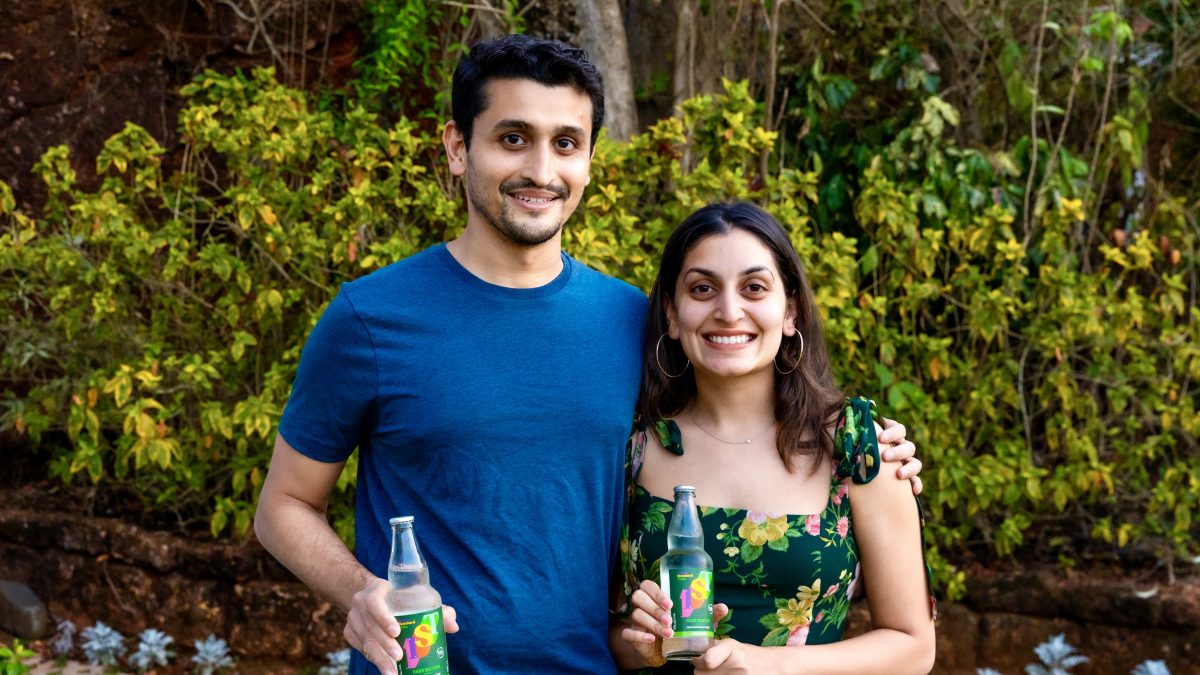 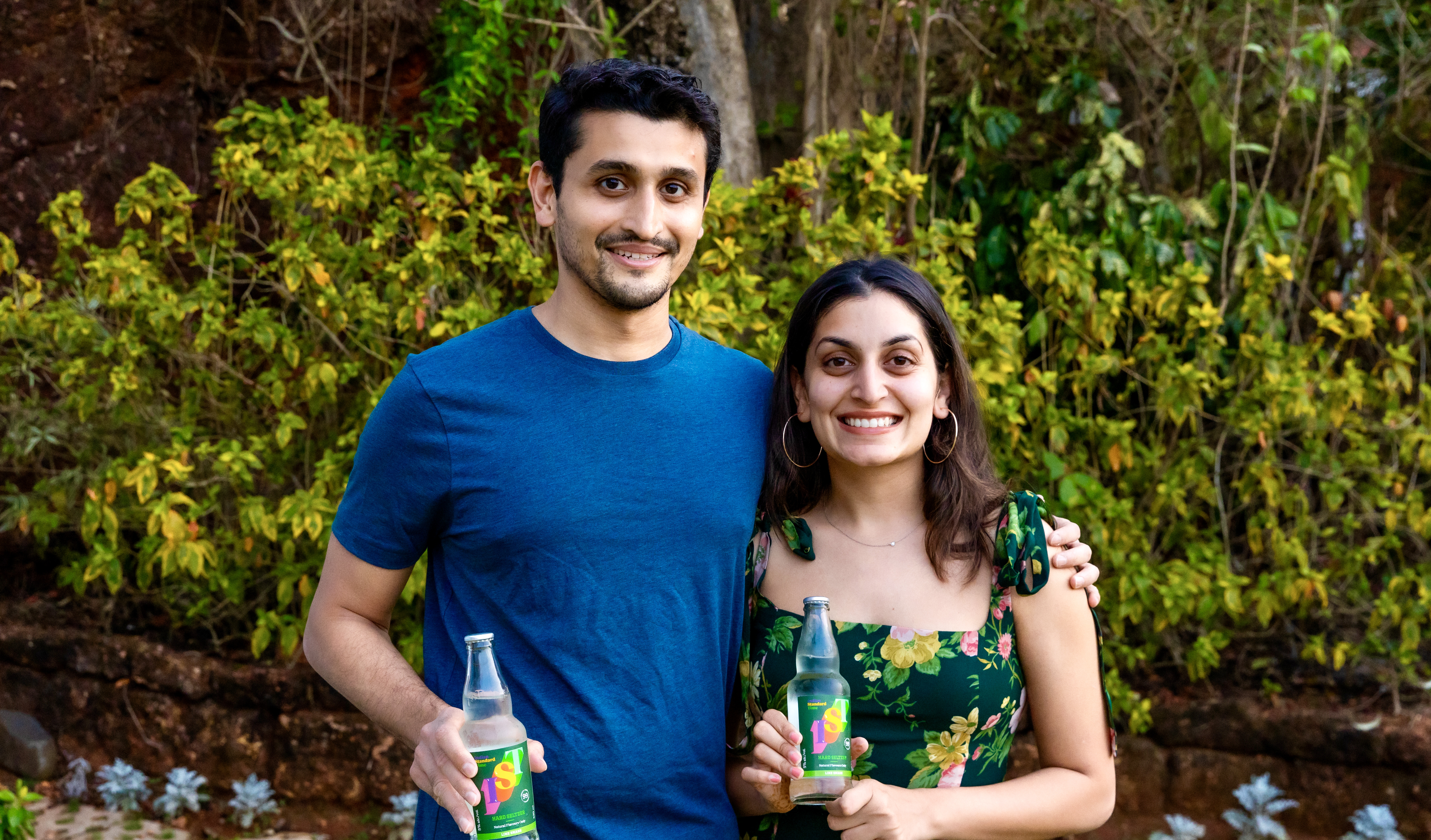 Just after a month of its launch in April 2022, the hard seltzer brand is available at 100+ retail outlets and 20+ on-premise (restaurants/ bars) outlets in Goa.

Indian Standard Time (IST), an alcobev startup, raised an INR 3 crore seed funding round led by Indian Angel Network (IAN). The seed round is led by IAN Lead Investors Vishnuraj Kunjur and Ajay Upadhyaya. The company aims to use the funds for increasing its workforce and strengthening marketing efforts with a vision to redefine the drinking culture in India, and a guilt-free drinking experience.

Founded in November 2020, IST Hard Seltzer aims to create the hard seltzer market in India by introducing a relatable next-gen drink that “inspires a change to drink differently” with its 100% natural and refreshing flavor

The brainchild of Krupa Shah and Kunal Shah, IST Hard Seltzer drew its inspiration to create an alcoholic beverage that is 5% ABV (comparable to a beer), very low on sugar and below 99 calories, while being great in taste and quality.

With a popular gin revolution at its peak and homegrown hard seltzer reaching new heights, IST represents a drink for all occasions with a wide range of variants such as Lime (with a hint of chardonnay-grape) and Grapefruit (with a subtle tinge of pomegranate). IST is based on the notion of playing on the unrestricted idea of time and evokes an emotion “Anytime is a good time!” Embracing the idea of light-hearted drinking, which could be a playful mood booster, IST wants to change the idea of socializing freely without compromising on taste, quality, or the after-effects of alcohol.

Speaking about the funding, Ms. Krupa Shah, Founder of Indian Standard Time (IST), said, “We’ve observed a new wave of drinking in India where people want to socialize and unwind with a drink, but still stay in control. This is where we fit in. It’s a beverage that offers the pleasant effects of a beer or a mild cocktail but doesn’t weigh you down. We have already witnessed a tremendous response for IST since we launched in Goa. With the help of IAN’s investment, we now look forward to expanding our footprint further, creating a new counter-culture, and bringing IST to more cities across the country.”

Mr. Vishnuraj Kunjur, Lead investor at IAN, said, “Social drinking is the trend across the globe. People are preferring drinks with flavors, lower calories over traditional beer and wine. Over the past few years, we have seen a surge of homegrown & craft alcoholic beverages bringing more variety and innovation in the consumer’s life. IST is bringing the largest global trend of Hard Seltzers to India, and it is an absolutely refreshing and sessionable drink with a universal appeal.”

“They have recently had a successful launch in Goa, with a presence in over 100+ retail outlets and will expand their presence PAN India and globally! Overall, light alcohol drinks such as Seltzer is a highly profitable business and with a product like IST, there’s immense scope for growth in the near future! We at IAN are excited to be part of IST’s growth story and in building the Hard Seltzer culture in India.” he added.

IST Hard Seltzer intends to emerge as the next generation of alcoholic drinks with an easy & refreshing palate while maintaining the same alcohol by volume as a mild beer (5% ABV). According to available industry data, Hard Seltzer is expected to expand at a CAGR of 22.9% from 2022 to 2030. The rising adoption of low alcohol content beverages among millennials and the younger generations is driving the product demand.

Indian Angel Network is India’s first and world’s largest business angel network with close to 500 members across the world, comprising the who’s who of successful entrepreneurs and dynamic CEOs. With investors from 12 countries, IAN’s presence spans 7 locations, which includes cities in India and the UK. The network is sector agnostic and has funded start-ups across 19 sectors in India and 7 other countries growing global footprint companies. With an excellent track record, IAN has been giving excellent cash exits year-on-year to its investor members, for the last 12 years. Some of its marquee investee companies include Druva, Spinny, Box8, Uniphore, WOW Momos, Consure, Fareye, NOCCARC, Propelld, Skit.ai amongst many others.

With this, IAN has created the single largest platform for seed and early-stage investing, enabling entrepreneurs to raise from Rs. 25 lakhs to Rs. 50 crores.