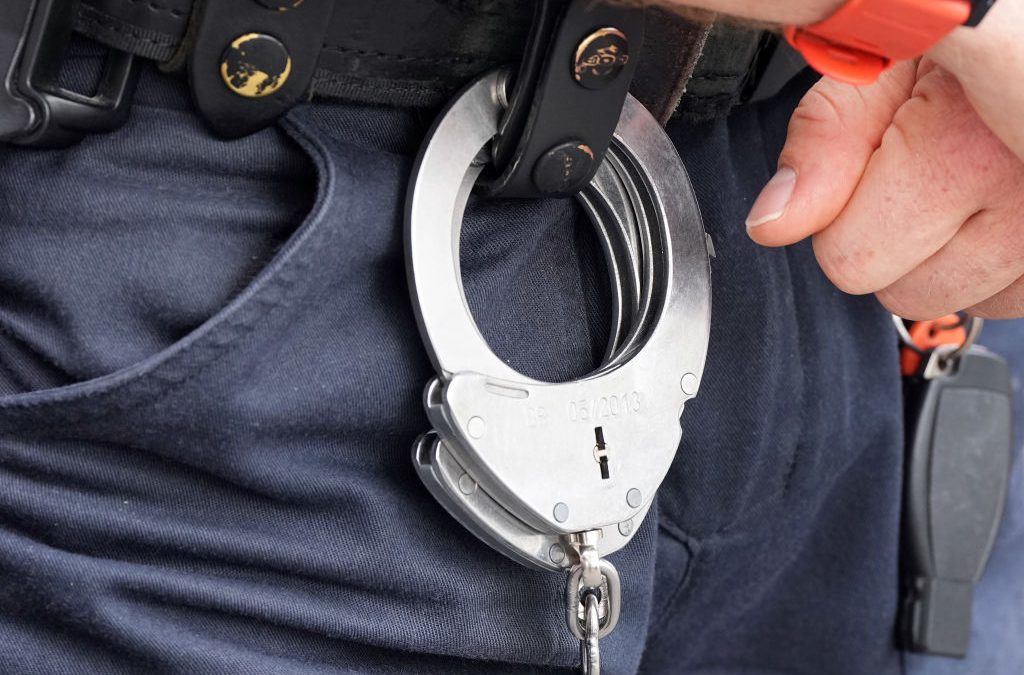 An Indianapolis police sergeant is facing federal charges after body cam footage showed him stomping on the face of a handcuffed homeless man as he lay helpless on the ground.

Sgt. Eric Huxley, 44, a white 15-year veteran of the force, was indicted by a federal grand jury for violating Jermaine Vaughn, a Black man’s civil rights, having determined he used excessive force during the September 2021 incident.

Huxley was charged with one count of deprivation of rights under the color of law while using a dangerous weapon, resulting in bodily injury.

FOX 59 reports that Huxley and two other officers, Sgt. Christopher Kibbey and officer Matthew Shores, were attempting to arrest Vaughn for disorderly conduct when they took him to the ground while he argued.

“[The man] is on his backside on the ground, looking up at Ofc. Shores with his hands cuffed behind his back,” stated the probable cause affidavit, the news outlet reported.

Last month, Indianapolis Metropolitan Sgt. Eric Huxley violently KICKED Jermaine Vaughn in the face during arrest! He has been charged w/ 2 felonies & suspended from duty for what he claims was an “accident.” This was NO accident! He needs to be fully held accountable! pic.twitter.com/zEvVLt57Zu

“Police Brutality!” Bloodied, Handcuffed Suspect Yells After Being Stomped In The Face On Video

A bloodied Vaughn could then be heard responding, “there you go. Police brutality!”

The indictment found that Huxley used his foot to hit him without lawful justification.

The officer has since been suspended without pay and also will likely lose his job, alongside local felony charges of battery and official misconduct, FOX 59 reports.

A separate federal lawsuit names the city, police department, and police Chief Randal Taylor, who claim the two other officers who reported Huxley were subject to retaliation for the whistleblowing.

Just seen the video. Thoughts and Prayers go out to Jermaine Vaughn today. If you were wondering what a public menace looks like, here’s one: Meet Sgt. Eric Huxley 🤬 pic.twitter.com/DjLehdcWVj

The two officers claim the department accused them of failing to make a timely report and were similarly placed on administrative leave. They were also forced to turn into their patrol cars for older models “determined to be unsafe,” according to WTHR.

Taylor distanced himself from the incident and said it was “unnecessary and should have never occurred.”

“This incident was unnecessary and should have never occurred,” Taylor said after the indictment was handed down Tuesday. “I would not tolerate this behavior from any community member; Sergeant Huxley is no exception. As law enforcement officers, we must understand that this behavior violates the community’s trust. We have confidence the judicial system will bring justice to [the man] and his family,” he added.

The officers are seeking punitive and other damages in an amount to be determined at trial. They’re also requesting legal fees be covered and filed charges of employment discrimination against IMPD with the Equal Employment Opportunity Commission.

Janelle Monáe’s Pre-Fame ‘Dream’ Was To Afford An Apartment