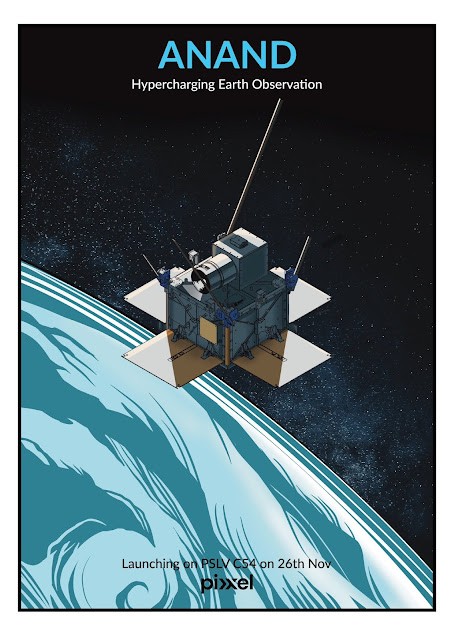 This month will be in the name of space Technology startups in the country as after Skyroot’s Vikram S Rocket launched, an another Spacetech startup Pixxel is set to launch its third hyperspectral satellite Anand on ISRO’s Polar Satellite Launch Vehicle from Sriharikota Spaceport on Saturday। Its Alva Indian Space Research Organization ( ISRO) will launch PSLV-C54 (PSLV-C54 ) with Oceansat-3 and 8 nano satellites ( on 26 November ) Oceansat-3 and 8 nano satellites.

An official statement from Pixxel said on Monday that photographs taken from the satellite were used to detect insect outbreaks, wildfires, Can be done to identify soil depletion and oil splatter। Pixxel founder and CEO Anas Ahmed said on Twitter, ‘Delay of more than 18 months, After testing again several times and more than two years of hard work by the team, we are finally launching this week.”

More launches by the end of 2024 could enable Pixxel to offer 24-hour coverage and take it closer to creating a constellation of at least 20 satellites that can relay high-resolution earth imagery, which can be used to detect pest infestation, forest fires, soil stress, oil spill and more.

Earlier in April this year, IT giant Accenture, through its venture capital firm arm, Accenture Ventures, made a strategic investment in Pixxel.

Founded by Awais Ahmed and Kshitij Khandelwal in 2019, Pixxel raised $25 million in Series A funding from investors such as Radical Ventures, Lightspeed, Blume Ventures and others, as the countdown started for a series of launches with commercial potential

What are the various responsibilities of a bank probationary officer?