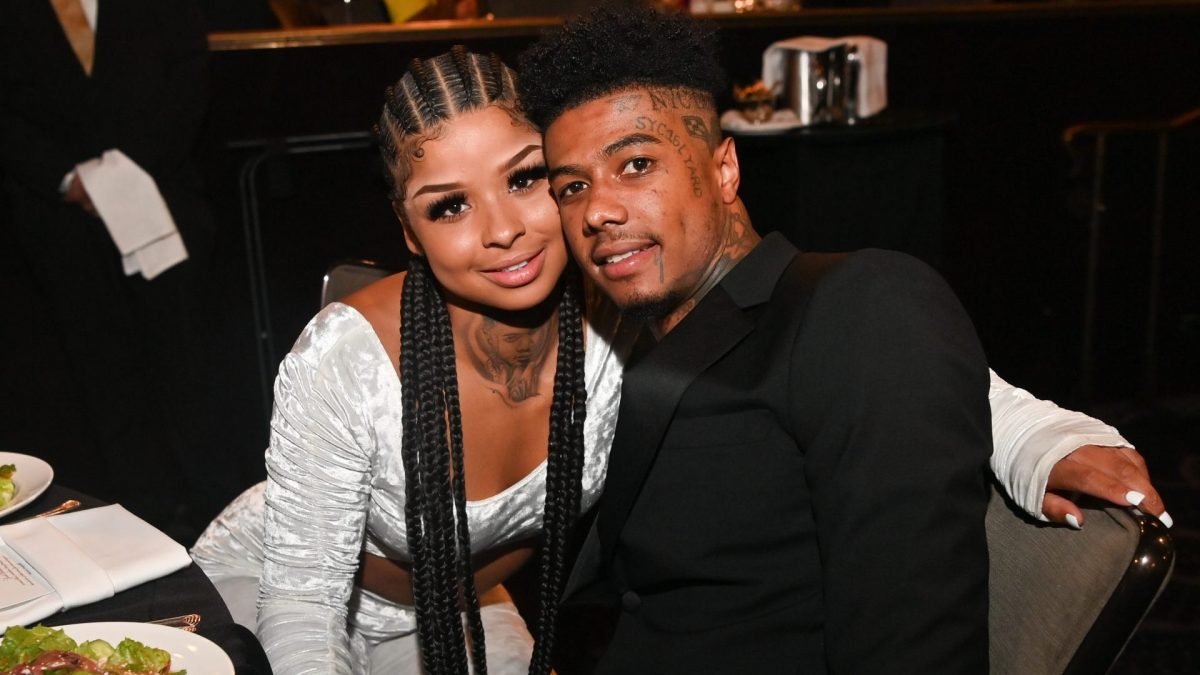 About a week after Blueface offered Chrisean Rock $100,000 to leave him alone, Chrisean Rock is claiming the tune has changed. It looks like she can now officially call Blueface her man! The Rainy Days artist took to Twitter in the wee hours of the night to reveal the development in their often-viral bond.

“He officially asked me to be his girlfriend today,” Chrisean wrote from her account. “Save the date August 10th, 2022.”

Blueface & Chrisean Go Official After A Week Of Fights & Make-Ups

The announcement comes after days of online attention for their interactions. Last week, footage surfaced that showed Blueface and Chrisean Rock exchanging blows in a public place. Afterward, he recorded a conversation with Chrisean as she lay in his bed. During that interaction, the Thotiana rapper offered Chrisean coins to back off–first saying, “What you need to leave me the f**k alone? F**k it, $100,000?”

“What will it take for us to end this nice and pleasant,” Blueface again asked. She responded, “it’s not pleasant.” And Blueface followed up with, “a $100,000 is pretty pleasant.”

Chrisean rejected his offer in the video and later in a separate post. She wrote, “no money in the world can make me leave you might as well the call psych ward to get me out this bih” on her Instagram Story.

By the next day, news broke that the Los Angeles Police Department was investigating the altercation. Meanwhile, his mother Karlissa threw multiple verbal stones in both Chrisean’s direction–even pointing out her 666,000 followers as a sign of the Devil.

Things went sour again just days later after the birth of Blueface’s daughter Journey with ex-girlfriend Jaidyn Alexis. As you may know, Blueface and Jaidyn already share a young son. The rapper gifted Jaidyn a custom, diamond necklace as a push gift and recorded the moment on his Instagram Story.

Chrisean wasn’t feeling that and let it be known all over Instagram.

“You on that p**k a** sh** with your story and you could’ve gave her the gift without…,” Chrisean said before Blueface interrupted her. “Talking ’bout what hurt? Let me tell you what hurt n***a, when you told me get rid of the babies and then have a baby with a b***h you not even with.”

On Wednesday, Jaidyn popped out rocking the custom jewelry and bumping Saweetie’s Risky on Instagram. While taking a video selfie, she mouthed the words “don’t be shy you can @ me sis, cause ain’t nothing worse than a pick-me b**tch.”

Back to Chrisean, one day before Blueface allegedly asked to be her man, she caused concern online with seemingly concerning tweets. First, she wrote, “he disrespectful on so many levels.”

Minutes later she added, “My mind in a rage I’m too young to feel dis pain.”