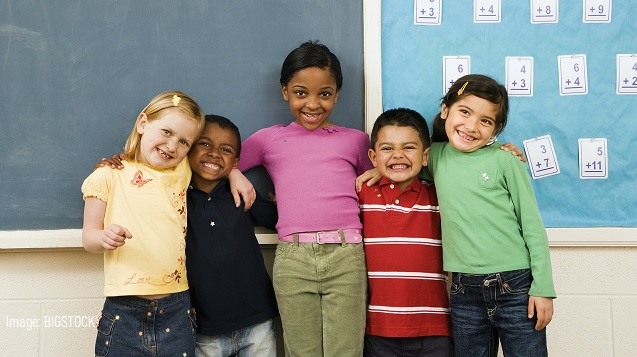 The diversity narrative may be the most successful fish story the Left tells America, but that doesn’t make it right.

One part of the narrative says black and brown people can’t be racist.  That’s crazy.  Listen to this:  Los Angeles City Council President Nury Martinez was caught saying a white man was showing off his black son like a trophy and, further, the black son is like a “monkey”.  “They’re raising him like a little White kid…. this kid needs a beatdown,” because he was misbehaving, this ‘wise Latina’ went on to say.  Wow!  Didn’t we just go through a whole thing about renaming monkeypox because any reference to monkeys at all is offensive to blacks?

The diversity narrative also says Democrats can’t be racist, only Republicans are racist.  Hate to break it to you, but Nury Martinez is a Democrat.  It figures – Democrats are the party of slavery and segregation.  If Nancy Pelosi saying last week we need immigrants to stay in Florida to pick our fruit isn’t racist, I don’t know what is.  Her remark reminds me of Hitler’s master plan for all the races.  The German Volk were going to rule and everybody else was going to clean toilets, figuratively and literally speaking.

Another problem with the diversity narrative is that it’s segregationist.  This whole thing about racially exclusive ‘safe spaces’ and segregated dorms is still going on.  A self-described students-of-color group just demanded a safe space at a high school in Charlottesville.  Not exactly Martin Luther King’s dream.  Things have taken a poisonous turn.  I’m all for the First Amendment right of free association, but the answer is to start your own group, not demand that the government adopt segregation as its official policy.

Another time-honored value the diversity narrative tramples on is equal protection of the laws.  Kamala Harris said a couple weeks ago hurricane relief should be based on race, not need.  This reflects the poisonous concept of ‘equity’ that has taken over civil rights thinking.  People didn’t all start out in the same place so we need to misuse the government to make sure they all end up in the same place.  That might sound good to you, but if the government actually tried to hand out hurricane relief to minorities while telling similarly situated white people ‘tough luck’, it would be flatly unconstitutional, a violation of the Equal Protection Clause.  ‘Equity’ is not equality.  It’s the opposite of equality.  It’s favoring one group over another and, I humbly submit to you, we’ve had enough of that.  You can’t cure racism with more racism.

The diversity narrative also makes people say and do the craziest things.  Someone on TikTok claimed the reason she’s obese and can’t lose weight is because of white people, something they did on the Indian subcontinent a century ago.  Well, that’s a stretch, to say the least.  A government-funded report concluded that the study of “physics was racist, in part because it rewards students for getting the right answer….”  The absurdity of this is easy to see.  Would you rather have the airplane you’re flying in be designed by people who know how to get the correct answers to physics problems or people who don’t?  Why on earth would you want to make excuses for people who don’t know their stuff and turn them loose in the world to design airplanes and other things with life and death consequences?

As for doing crazy things, we were treated to another hate hoax, recently.  Rachel Richardson is a black volleyball player at Duke who claimed she was the victim of racial taunts and threats from a spectator while playing a game at Brigham Young University in August.  However, the police investigated and reviewed surveillance video, but found no evidence to corroborate her story.  Predictably, the media and the NAACP had all piled on, but they went silent after the police findings came out.

Here’s my question: If the diversity narrative is so good and racial prejudice in America is so bad, why do people keep having to make stuff up to make their case?  Isn’t there something wrong with a narrative that promotes segregation, violates equal protection, and makes people tell big fat lies?

There are lots of other things wrong with the diversity narrative.  I’ll tell you about some more of them tomorrow.

Elite Liberal Enclave, Dem-Run Sanctuary Cities Fear They Could Be The Next Migrant Drop-Off Destination

‘The American People Are Not Stupid’: Most Believe There Are Two Tiers To Justice System, Poll Finds