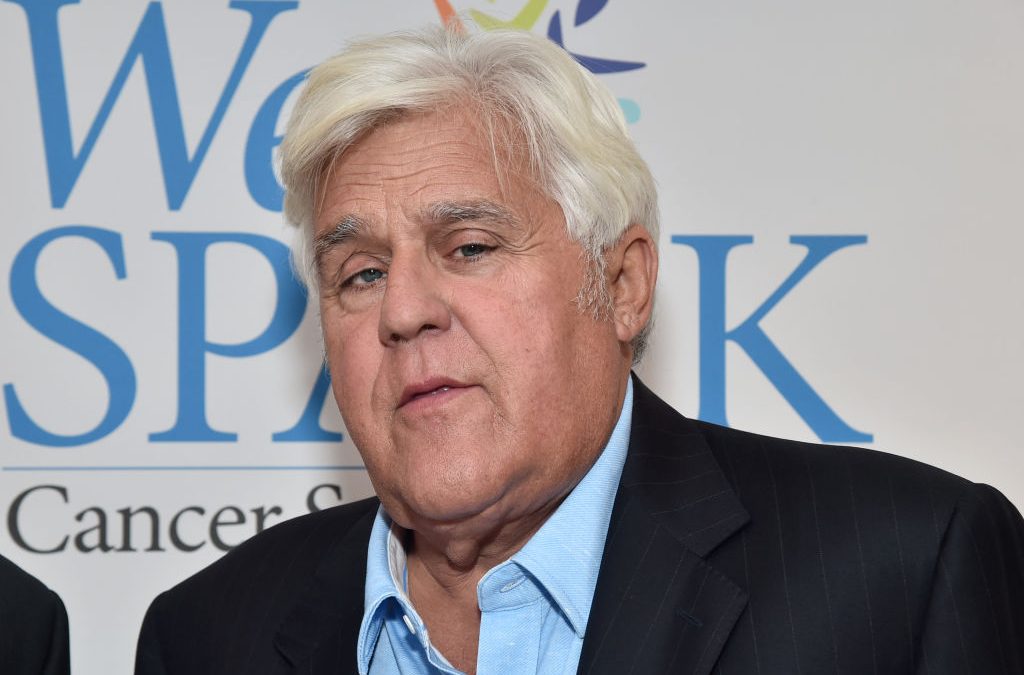 Comedian Jay Leno has canceled all appearances and is in a burn center after suffering a severe facial injury. TMZ reports that on Sunday, he was in a Los Angeles garage where he stores his cars, and one of the vehicles erupted into flames without warning.

Sources with direct knowledge tell the outlet that the gasoline fire burned the left side of Jay’s face but did not penetrate his eye or ear.

“I got some serious burns from a gasoline fire. I am ok. Just need a week or two to get back on my feet,” the 72-year-old said in a statement.

On Sunday, Leno was hospitalized after a fire erupted in his Los Angeles car garage. One of the cars reportedly burst into flames, leaving Leno with burns on his face.

News of Leno’s health was first reported by People magazine.

The comedian had been scheduled to participate in a Las Vegas financial conference on Sunday – the same day of the accident – however he had to cancel the appearance due to a “serious medical emergency.”

Leno’s burns were not immediately revealed at the time.

“His family was not able to provide us very many details, but there was a very serious medical emergency that is preventing Jay from traveling,” an email to attendees read. “All we know is that he is alive, so our prayers go out to him and his family tonight.”

Leno has not been shy about his health problems in recent years, namely high cholesterol, prompting fans to assume the medical emergency had to do with his ongoing cholesterol issues, the outlet reports.

Jay Leno hospitalized. Freak car fire left him “serious” facial burns. His vehicle burst into flames. His family was not able to provide many details, but it’s a serious emergency preventing Jay from traveling, we do know he is alive & my prayers go out to him & his family. pic.twitter.com/BnRO4V7WkF

Back in 2019, Leno encouraged his fans and followers to stay on top of their routine cholesterol checkups.

“There’s a lot of people walking around like that, they’re just time bombs. You’ve got all this cholesterol, you don’t realize it until it actually hits, you know?” Leno said at the time. “It’s like in a car, if even one piece of dirt gets in the eye of the needle of the jet, and boom and no more gas comes through. And that’s what happens with your heart.”

Jay Leno: A History Of The Tonight Show‘s Host’s Career

Leno hosted The Tonight Show from 1992 to 2009 after succeeding Johnny Carson. He eventually left the gig to start his own primetime talk show on NBC.

Conan O’Brien would be the one to step in as the new host of The Tonight Show.

However, both programs failed to live up to expectations, causing NBC to reinstate Leno as host of The Tonight Show in March 2010. After staying on as host for another four years, Leno once again stepped away from the show in 2014, when he was replaced by Jimmy Fallon.

Leno is a well-known car aficionado, and even launched a CNBC series Jay Leno’s Garage in 2015, which ran for a total of seven seasons and 88 episodes, having wrapped up its seventh season at the end of October.

As of last year, Leno has been installed as the new host of the You Bet Your Life revival.