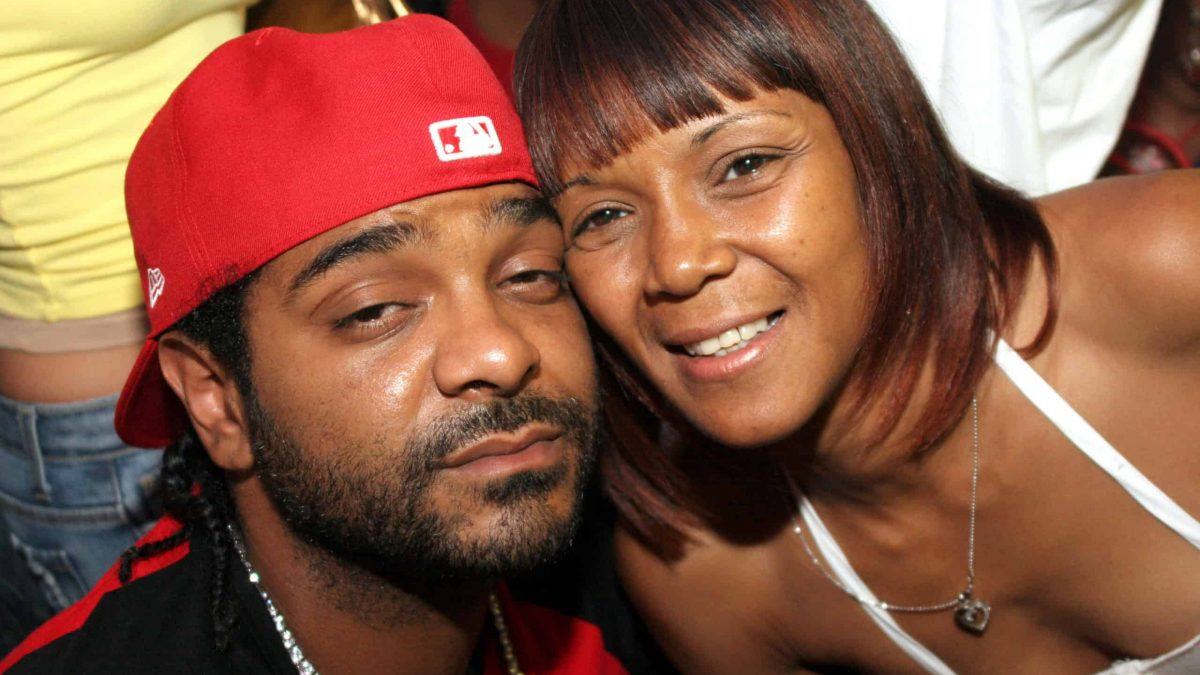 Mama Jones, the beloved mother of Harlem rapper Jim Jones, is proud to have taught her son everything he knows about french kissing. Months after 45-year-old Jim Jones went viral for admitting his mom taught him how to kiss, his mom is now clearing the air on the comment.

In case you missed it, Jim previously appeared on Angela Yees’s podcast “Lip Service” when he made the admission. He shared that his mom told him everything about sex while coming up explaining, “my moms taught me how to kiss when I was young.”

Angela Yee asked, “What did she tell you to do?” He clarified, “She taught me how to tongue kiss when I was younger.”

“Like, what’s the instructions?” Yee asked. Jim responded, “It wasn’t no instructions; she showed me with her mouth.”

The conversation with Yee sparked commenters to react negatively to Jim’s revelation. Many left comments accusing his mother of being inappropriate and invasive into his love life.

Jim later shared a video clarifying his comments on kissing, calling it a joke.

“For the record, I love my mama more than anything in the world. And for the record, it was a joke. People take things way too far. It don’t bother us anyway, but let’s get it clear, don’t…that’s weak what ya’ll trying to project. Something simple, something from my childhood, we was talking about childhood things. I thought that was funny, I appreciate you mommy for helping me out, but no.”

However, in a recent interview with The Bully and The Beast Podcast, Mama Jones owned the admission and explained to host Lor’el that she didn’t find her kissing tutorial with her son inappropriate at all.

“It’s ok to say it, but say it like ‘my mother showed me how to kiss with her hand.’ Because I don’t want him out there not knowing how to tongue kiss.” The mom continued, “there’s no incest over here at all! Yes, a lot of thing I taught myself in life—because I want him to be that man.”

California County To Pay After Inmate Suffers Miscarriage In Custody