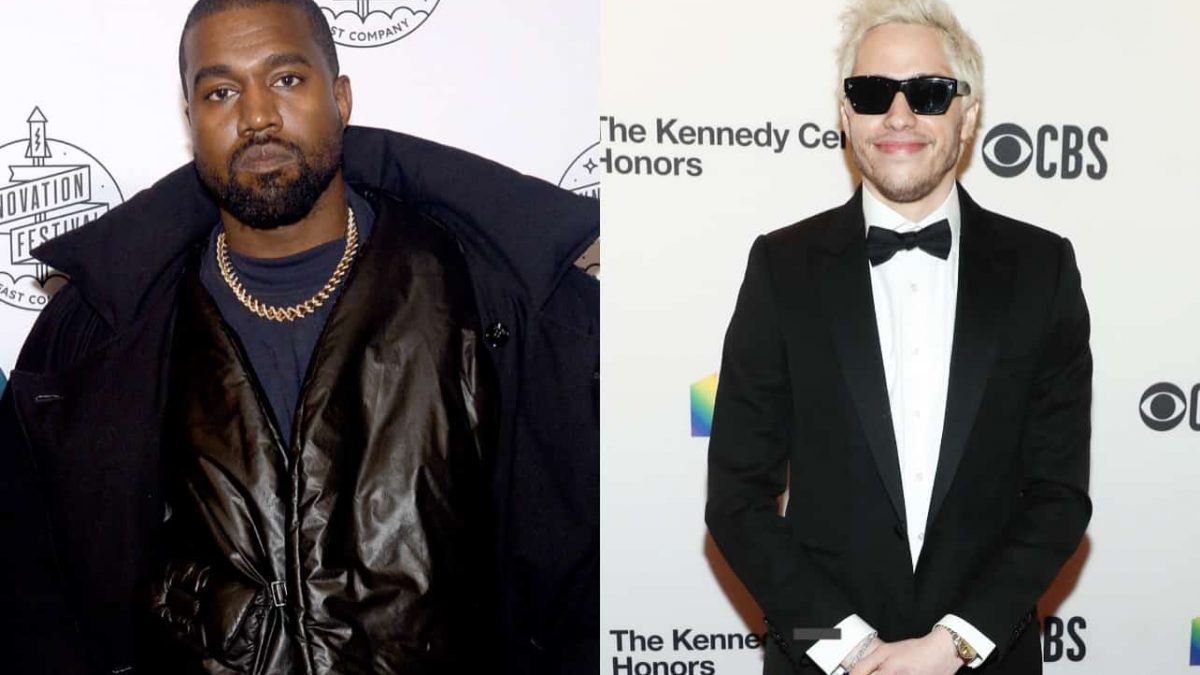 Kanye West is looking to bury the hatchet with his most publicized adversaries in Pete Davidson, Adidas, and Kid Cudi after apparently being inspired to make the peace offering following Queen Elizabeth II’s passing on Thursday, but don’t expect any mended fences in the near future.

Ye has notoriously taken aim at Davidson, who was recently dating his ex-wife Kim Kardashian, and fellow musical artist Kid Cudi, who was a frequent collaborator of Yeezy’s before a falling out in February after Kanye removed Cudi’s contributions from his “Donda 2” album due to Cudi’s friendship with the former “Saturday Night Live” star.

The 45-year-old also included Adidas General Manager Daniel Cherry in his list of make-peace, after going at the sporting outfitter as recently as three days ago, when he said “Adidas don’t want no more smoke” in regards to his ongoing clash with the clothing company, The Shade Room previously reported.

West, in an iPhone Note shared to his Instagram page, wrote he was “releasing all grudges today,” before offering “best wishes and blessings to Pete, Cudi, (and) Daniel (Cherry).”

“LIFE IS PRECIOUS,” he wrote. “RELEASING ALL GRUDGES TODAY[.] LEANING INTO THE LIGHT[.] BEST WISHES AND BLESSINGS TO PETE CUDI DANIEL [CHERRY].”

Ye followed up that post with a black-and-white photo of Queen Elizabeth II with his Yeezy shades superimposed on her face.

However, within hours of posting, Kanye deleted the post without explanation and instead uploaded an amended version without mentioning Davidson, Cudi or Cherry, along with undoctored photos of the Queen, who passed away at the age of 96 at Balmoral Castle in Scotland on Thursday.

Neither Davidson, Cudi or Cherry have yet to respond to Ye’s olive branch as of Friday.

Just last month, Davidson had to enter trauma therapy amid his break up to Kardashian, according to a PEOPLE report, apparently due to months of online harassment from Kanye, The Shade Room reported.

One of the notable incidents in a series of protracted social media attacks Kanye aimed at Davidson was of him sharing a mocked-up newspaper with a headline that read “Skete Davidson Dead At Age 28,” to poke fun at the actor’s break up with Kanye’s ex-wife. The post stayed up for a few hours before it was deleted.

Kim Kardashian and Pete Davidson dated for 9 months before sources close to the couple confirmed their breakup last month. Ever since Pete and Kim made their relationship public, Kanye had voiced his disdain for the comedian online, referring to him as “Skete” in a rant he made earlier this year.

Also unlikely to receive Kanye’s olive branch is Kid Cudi, who addressed the end of his friendship with West in an August interview with Esquire Magazine, telling the outlet “I’m at a place in my life where I have zero tolerance for the wrong energies.”

Cudi shared how the whole situation messed with his mental health and questioned, “Do you know how it feels to wake up one day, look at your social media, and you’re trending because somebody’s talking some shit about you?”

Meanwhile, Diddy and Swizz Beatz called for a boycott of Adidas in solidarity with Kanye, after West took aim at the clothing outfitter and GM Daniel Cherry in particular.

He ended his most recent tirade with “now it’s time for Gap” followed by a smiley face, hinting at leaving Adidas for his ongoing efforts at continued collaboration with Gap.

What I Noticed Was Missing at James Madison’s Montpelier Home