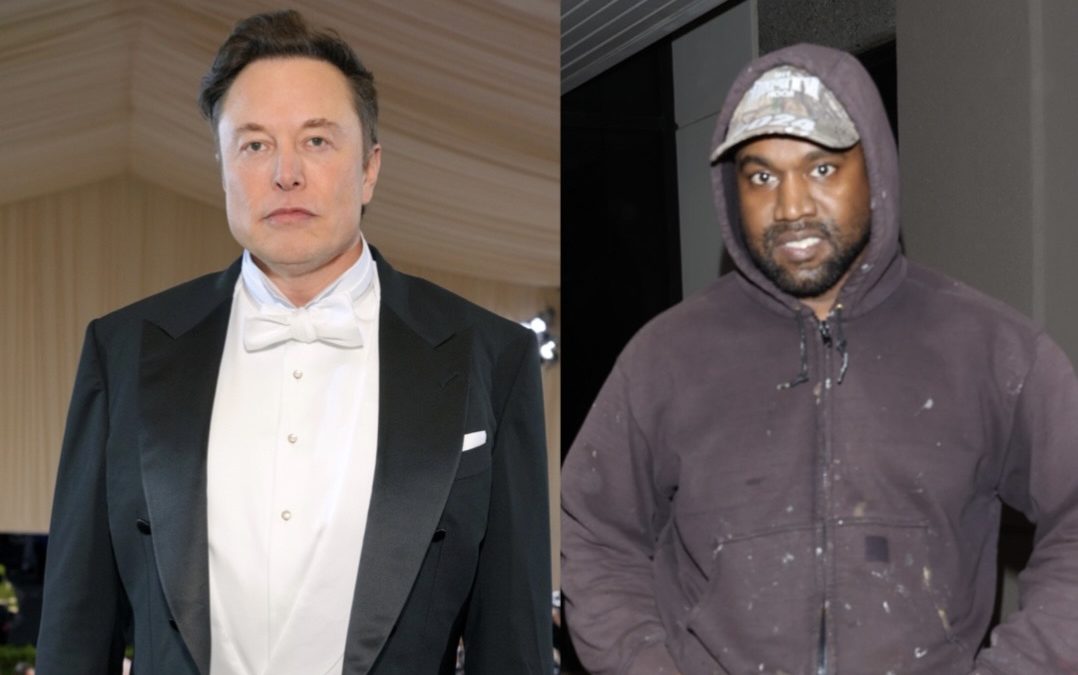 Kanye West is still going in on Elon Musk, though he has to do so via Instagram rather than Twitter.

On Sunday, Ye took to Instagram to upload a screenshot of a message he penned in his Notes app.

The apparent rant began with Kanye proclaiming that he believes Elon Musk is half-Chinese. He also pointed to childhood photos of Elon as supposed evidence.

“AM I THE ONLY ONE WHO THINKS ELON COULD BE HALF CHINESE? HAVE YOU EVER SEEN HIS PICS AS A CHILD?”

The “Hurricane” rapper then upped the ante by saying Musk is “the first genetic hybrid that stuck.” Additionally, he threw Barack Obama into the mix and suggested he’s a “genetic hybrid” as well.

“THEY PROBABLY MADE 10 TO 30 ELONS AND HE’S THE FIRST GENETIC HYBRID THAT STUCK…. WELL LET’S NOT FORGET ABOUT OBAMA.”

This odd post was accompanied by a similarly unusual caption, in which Ye dubbed his hypothesis, “The theory of everything.”

In typical Elon style, he didn’t shy away from speaking on the situation. After an account uploaded a screenshot of Kanye’s post, Musk replied with a simple “Lmaooo.”

Elon also responded to another account that was surprised by Kanye’s statement, saying he sees it “as a compliment.”

I take that as a compliment!

In another post, Ye confirmed that he indeed meant it as a compliment.

This development comes on the heels of Kanye going on a Twitter tirade, which resulted in him being suspended from the Elon-owned platform.

It started with Ye expressing questionable comments about Adolf Hitler while on Infowars, as The Shade Room previously reported. He went on to carry this over to Twitter and uploaded a photo of what appears to be a swastika inside the Star of David.

JUST IN: Elon Musk removes Kanye West’s tweet of what looks like a swastika inside the Star of David. pic.twitter.com/iK8CnozDez

He also took aim at Musk directly, as Ye uploaded an unflattering image of the South African billionaire on vacation before being suspended.

Elon suspended Kanye 12 hours for his swastika tweet, but he didn’t permanently ban him until he posted this. SMH at Billionaires beefing on Twitter. Yikes! pic.twitter.com/kCLofQsXHT

After Kanye West was once again suspended from Twitter, Elon remarked that he “tried [his] best” to help the rapper, but he was ultimately left with no other choice.

I tried my best. Despite that, he again violated our rule against incitement to violence. Account will be suspended.

What are your thoughts on Kanye’s comments about Elon Musk? Also, do you think the situation between these two powerhouse celebrities will escalate to all-out beef?

JetBlue Agrees To Purchase Spirit Airlines For $3.8 Billion After Months Of Negotiations (Update)