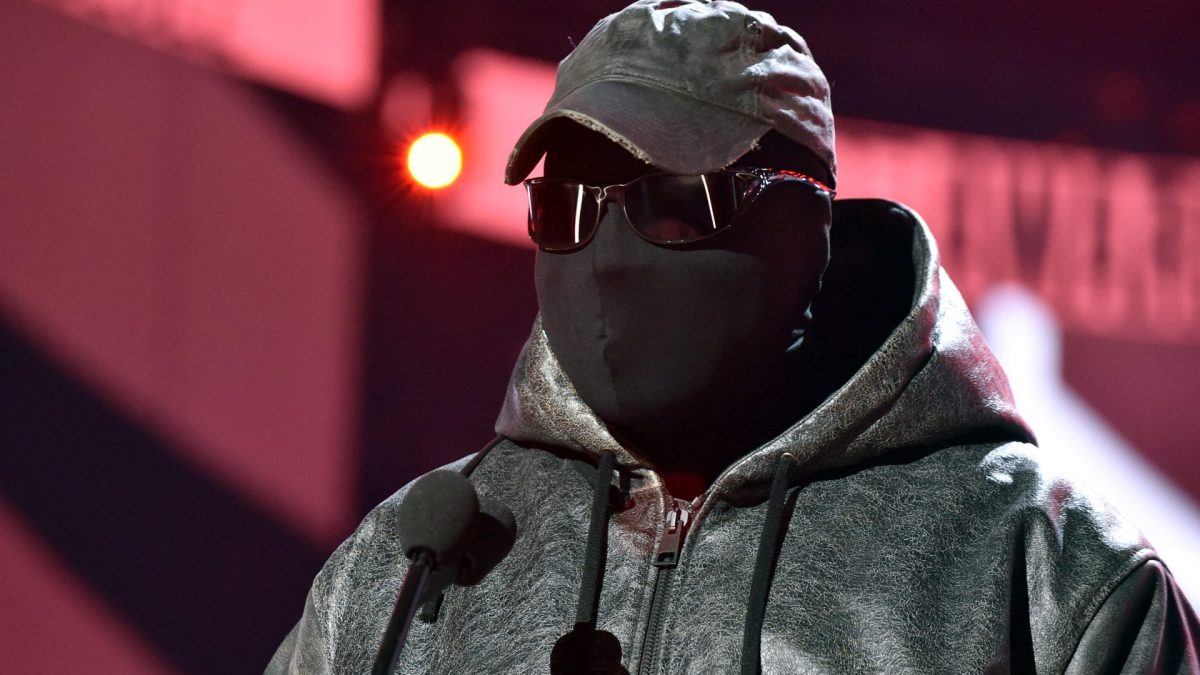 Kanye West doesn’t seem phased by people’s opinions of how he’s displaying his latest clothing collection. The designer recently spoke with Fox News at the Yeezy Gap x Balenciaga experience located inside Gap’s Time Square store. At the time, he said he isn’t sorry for his innovative ideas. Ye first received backlash for his display when photos began floating around social media of clothing piled into what looked like giant trash bags.

“I’m an innovator and I’m not here to sit up and apologize about my ideas,” Ye said. “That’s exactly what the media tries to do. Make us apologize for any idea that doesn’t fall under exactly the way they want us to think.”

This is how they are selling Yeezy GAP. The sales associate said Ye got mad when he saw they had it on hangers and this is how he wanted it. They won’t help you find ur size too, you just have to just dig through everything pic.twitter.com/GNd08Zv1zC

Kanye Says Display Is Not A Jab At Unhoused People

Twitter users, in particular, came for Kanye’s neck over the display choice. One argument is that the construction bags, as Ye confirmed, are offensive to unhoused people and others. But the creative sees things differently. He denied accusations of mocking people without homes and explained his desire to make fashion equitable.

“I’m up here literally working on homeless shelters. There’s documentation of it where the city came and tore down my creations while I was doing,” Kanye shared. “So no one can tell me I’m insensitive when that stuff that I think about every single day and actually have put my mind and innovation into.”

On August 12, Kanye shared an image on Instagram that said, “look to the children, look to the homeless as the biggest inspiration for all design.” However, by August 16, TMZ published an exclusive story claiming that Kanye had done little to help the shelter L.A. Mission after meeting with the organization’s leaders in November 2021. The president and CEO of the organization Troy Vaughn responded to the story with a short statement.

“We have absolutely had collaborative discussions with Ye about improving the lives of the unhoused on Skid Row, especially through design as he mentioned in his tweet,” Troy told TMZ. “We are extremely optimistic that Ye will be an instrumental force in helping us launch The Skid Row Revitalization Project in the coming months.”

TMZ also reported that Kanye extended his helping hand to the unhoused before those discussions. In addition, he’s reportedly donated 1,000 meals, encouraged volunteers to join in, and held Sunday Service at Union Rescue Mission in 2019.

Ye Says His Goal Is To Make Equitable Clothing

Kanye explained why he’s decided to have his collection folding inside of the large, black bags sitting on the store floor. The vibe is meant to be informal, encouraging shoppers to dig in and help themselves.

“The whole point of why I came to The Gap was to make egalitarian clothing,” Ye shared. “I remember times being in the [Dominican Republic], going to a store and seeing clothes in bins and just seeing people be happy to have a moment of discovery, to think like children.”

Kanye also claimed that clowning innovators on social media could taint the bravery of other innovators. He made it clear that their collection and his designs aren’t “a joke” or “a game” but his “life.”

Biden’s Wind Power Push Could Wipe Out Nearly Half Of Golden Eagle Population By 2050: REPORT

‘Do Not Kiss, Hug, Cuddle Or Have Sex’: One Of The Wokest School Districts Issues Monkeypox Guidelines