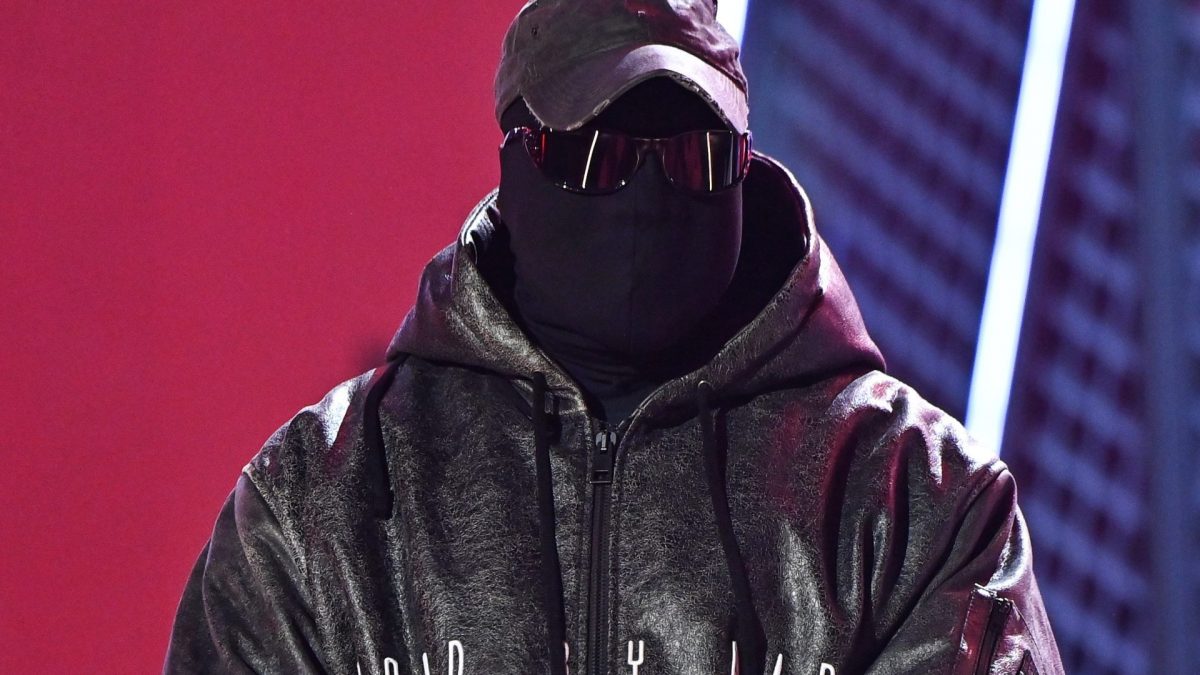 One thing Kanye West will do is make a statement–whether it’s in his music, his fashion, or his everyday actions. On Friday, he did all three! Days before Rolling Loud Miami kicked off this weekend, organizers announced Ye would no longer be Friday’s headliner. But in true Kanye fashion, the artist surprised the audience by popping out during Lil Durk’s set. Not only did he seemingly throw shots at Kid Cudi, but he also traded his usual full-face mask for black paint and huge sunglasses.

As previously reported, about a week before Rolling Loud, the festival’s social profiles announced a change in the line-up. They said, “due to circumstances outside of our control, Ye will no longer be performing at Rolling Loud Miami 2022.”

In Kanye’s place, organizers scheduled his longtime friend-turned-foe Kid Cudi. The former collaborators fell out this year after Kanye refused to have Cudi on his album Donda 2 for being friends with his estranged wife’s bae Pete Davidson.

The Rolling Loud audience was on their bully on Friday. When Kid Cudi took the stage for his headlining performance, the crowd responded with boos and trash throwing. At one point, someone hit Cudi in the face with what looked to be a water bottle. Though he warned he’d leave the stage if the behavior continued, the trash kept flying–even seconds after his explicit warning.

But when Kanye popped out with Lil Durk, the energy turned receptive and electric. The audience belted out the words to the music as the artist moved about the stage dressed in baggy clothing and black paint. But not only did Ye pop out after dropping out of the festival, he seemingly added insult to Kid Cudi’s injury. One of the songs the creative performed with Durk was Father Stretch My Hands Pt. 1–a track that features Cudi on the hook.

It’s unclear if the former friends encountered each other at the festival. Kid Cudi also hasn’t provided any additional commentary about the treatment he received on stage.

Fans React To Joe Budden Admitting To Lying About Condom Use